Organized Hate Groups are a Pressing Danger, but Only Tell Part of the Story of Bigotry in America 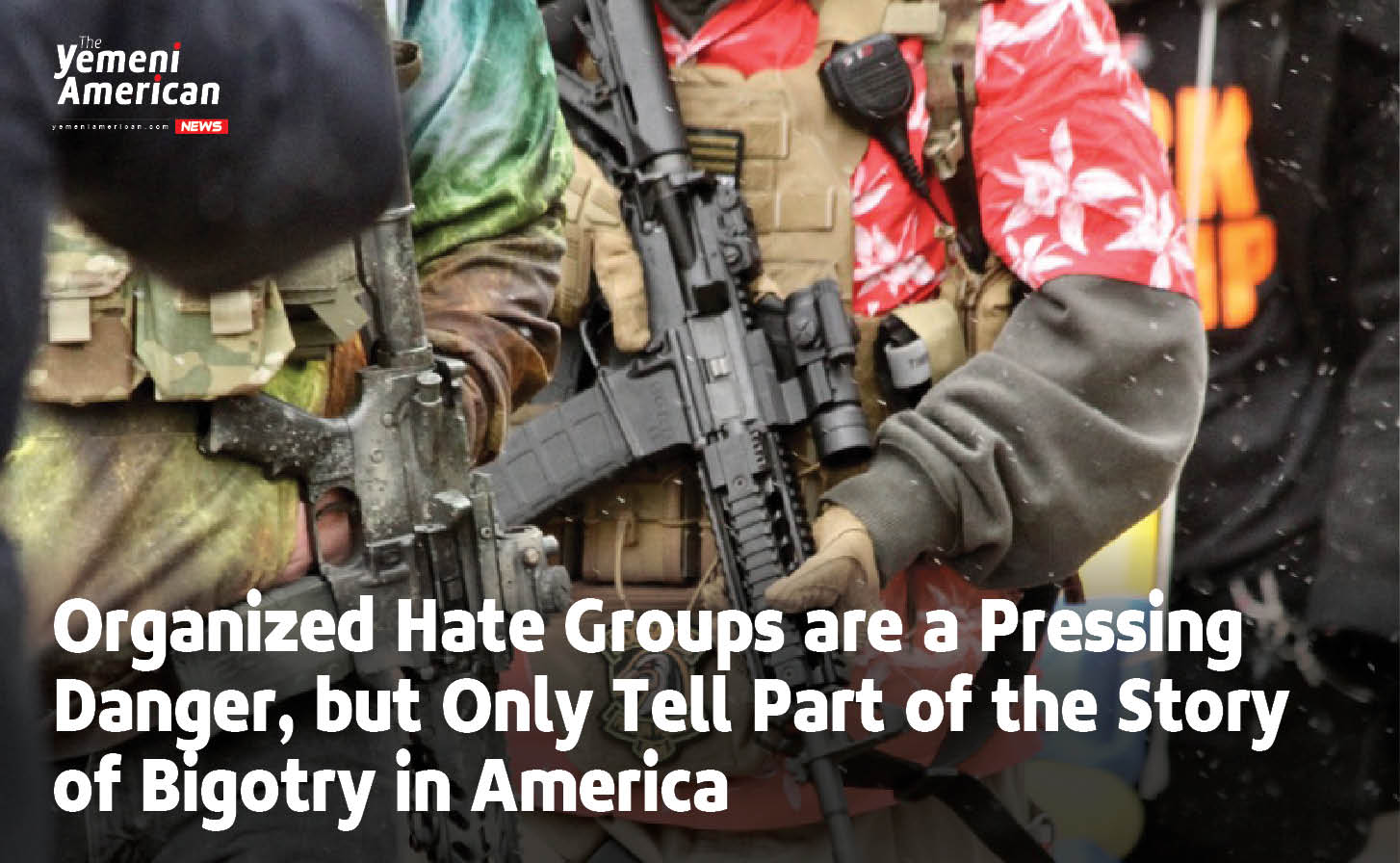 In its annual report of organized hate groups in America, the Southern Poverty Law Center has outlined 25 organized hate groups in the state of Michigan. Among these groups are Neo-Nazi and Skinhead gangs whose goals run on violence and racially-motivated attacks. Other groups, like the American Freedom Law Center, depend on litigation and court battles to push their views toward legitimacy in American politics.

Although the Southern Poverty Law Center isn’t without its criticism – with many right-wing figures saying that the organization unfairly targets conservative groups and viewpoints – the researchers at the SPLC who track hate movements in America are generally considered the best out there.

In the SPLC’s annual report, the gradual rise in organized hate groups is normally predicted by a perceived threat to white superiority, or “white hegemony.” Particularly white nationalist, or white supremacist groups will increase efforts to organize and mobilize their membership.

“Typically, new hate groups are formed and membership grows in reaction to changes in society, especially changes that challenge white hegemony,” wrote Rachel Janik and Keegan Hankes in the SPLC report. “…In the modern era, we tracked a gradual rise of hate groups during the George W. Bush administration, when numbers peaked in the 800s. After Barack Obama became the nation’s first Black President, the numbers jumped to more than 1,000.”

This could explain why the number of hate groups has slowly shrunk since the end of the Obama Administration. However, a majority of hate or racially-motivated crimes aren’t carefully planned by a group anymore. The most heinous acts, like the shooting of unarmed black worshippers at a church by Dylann Roof, are acts known as stochastic terrorism, or lone-wolf terrorism. And researchers say that this form of violence is on the rise.

At the root of this is what one researcher calls the “alt-right pipeline” in which individuals incrementally expose themselves to more and more bigoted content, until they’ve become acclimated to the content’s nature. As the viewer of this content becomes more acclimated to dehumanizing content, they are at the same time exposing themselves to the same propaganda that’s used in organizing white supremacist groups. 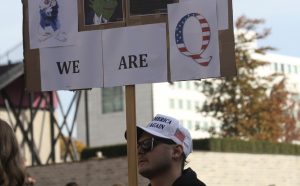 How does the Alt-Right Pipeline Work?

Luke Munn is a researcher in Sydney, Australia. He studies the ways that digital cultures and technical environments shape the political and social capabilities of the everyday. In his article, where he deconstructs the alt-right pipeline, he outlines the slow process an individual could unwittingly expose themselves to far-right propaganda.

This begins a process of slowly exposing the viewer to more and more radical content until the original factor that brought the viewer to this sort of content no longer becomes the motivating factor of seeking out the viewpoints. This is the shift from the first phase of radicalization – normalization – to the second – acclimation.

In the second phase, the viewer becomes acclimated to a broader network of bigoted viewpoints that then become normalized themselves. This acclimation to a broad series of bigoted viewpoints on a number of issues then forms an ideology – or a coherent worldview – that ends with the dehumanization of individuals perceived as a threat by far-right ideology.

“The alt-right is not only a set of metapolitical maneuverings, but occurs at the micro-level of the individual. Alt-right radicalization is a slow colonization of the self, a steady infiltration of heart and mind,” writes Luke Mann. 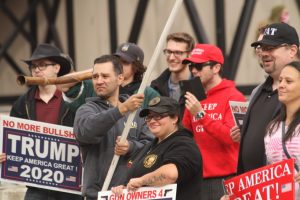 Demonstrators gather the day after the election at the TCF Center, where groups motivated by the false narrative that democrats stole the election protest (Simon Albaugh)

The real-world impact of the Alt-Right Pipeline

On Jan. 6, 2021, America watched as a mass of demonstrators, emboldened by a false narrative of insecure elections, stormed the United States Capitol in an attempt to stop the peaceful transfer of power.

These people, emboldened by a broad network of conspiracy theories and “alternative facts” came into the legislative chambers with zip tie handcuffs, guns and what some are calling intentions to take prisoners.

Here in Michigan, a small group of people organized around online causes that eventually made their way to the steps and close to the legislative halls of our own Capitol Building. They met and planned on the capture of the governor of an entire state.

The fact that technology and social networks have emboldened far-right and white supremacist propaganda is no longer a fact that can be ignored. And in the years to come, there will still be the feeling of its impact on the lives of people who are vulnerable to the alt-right pipeline.

“These racist narratives and beliefs have been reinvigorated thanks to one of the most enduring and pernicious legacies of the Trump era: The far-right’s success constructing a false alternative reality, bolstered by a never-ending stream of baseless conspiracy theories and disinformation,” reads the SPLC Report.

“The fight over the frame of reality has polarized American society further and fundamentally ruptured trust in institutions and information… The echo chambers have formed, trust in the credibility of reputable media outlets has been disastrously diminished, and the polarization of American society has accelerated.”