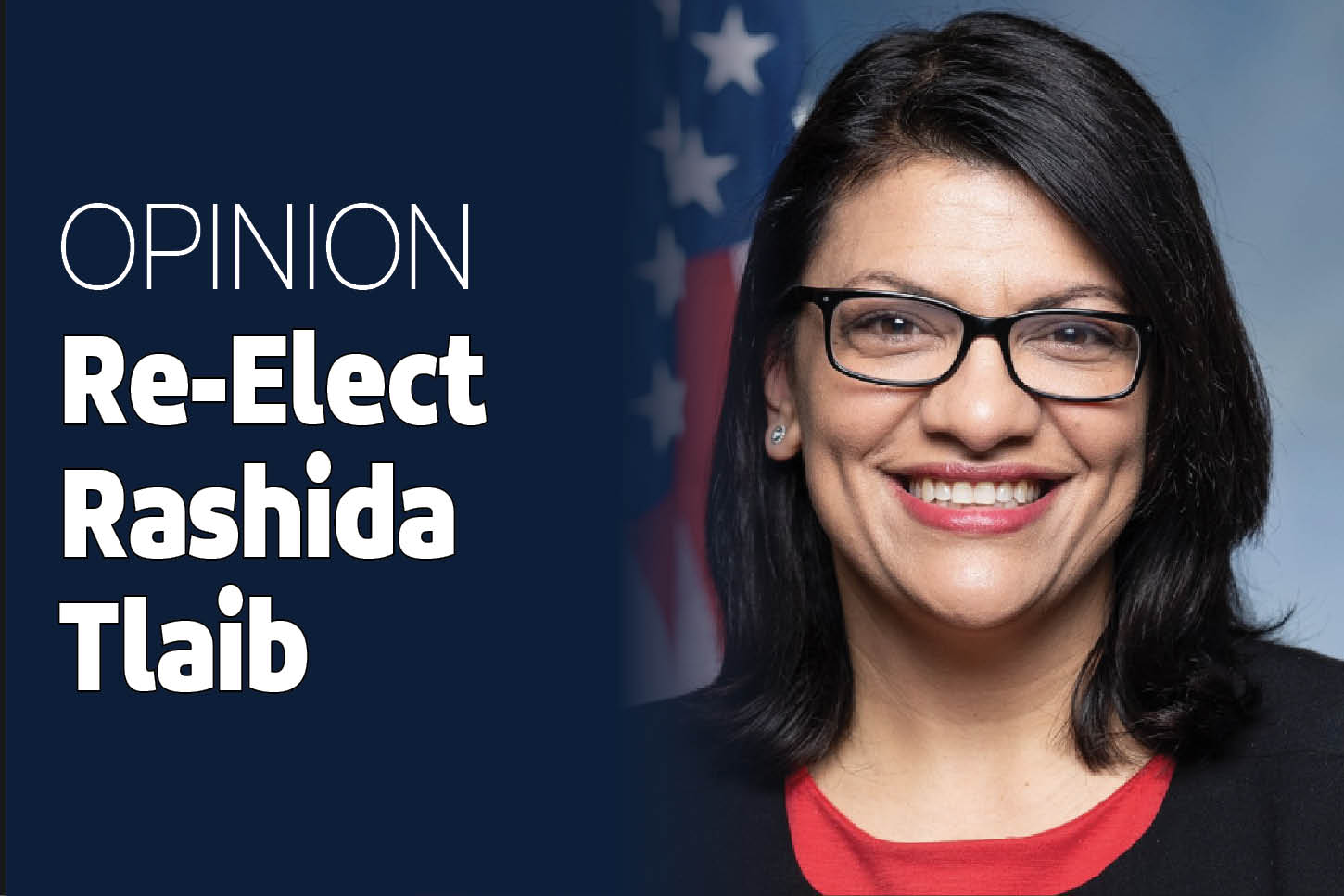 In less than two years, Rashida Tlaib has opened four neighborhood service centers and introduced legislation to bring funding for her district, lower the outrageous car insurance prices and assert water as a human right amid shutoffs in Detroit.

Tlaib and her staff have also been present and available for residents. Her so-called celebrity status did not sway her from the people she represents. Moreover, Tlaib did not seek national fame.

The racism and Islamophobia against her by right-wing figures, including by President Trump, are what turned the nation’s attention to her.

Tlaib started out as a local organizer, and her politics until today remain rooted in Michigan’s communities.

Tlaib is locked in a heated reelection race against Detroit City Council President Brenda Jones. While running for office is a constitutional right for all citizens and challenging incumbents is a sign of healthy democracy, attacks questioning Tlaib’s belonging to Detroit because of her skin color are despicable, bigoted and ugly.

Yearning for representation is understandable, but xenophobia should not be tolerated.

When former State Rep. Ian Conyers says that people of color should not run in Black-majority districts, he is effectively denying the rights of Arabs and Muslims in Detroit to seek public office in Detroit because of skin color.

When Keith Williams, the chairman of the Michigan Democratic Black Caucus, refers to the Detroit-born Congresswoman as an “interloper” because she is not Black, it is divisive and toxic, not a legitimate criticism.

What’s more troubling about this kind of dangerous language is that it stokes tensions between African Americans and Arabs, as both sets of people and their activists are forging alliances to push collectively against police brutality, white supremacy and racism.

We call on the constituents of the 13th Congressional district to reject this blatant bigotry and head to the polls in large numbers to reelect Tlaib, who has been an exemplary representative and public servant.

At a time when our belonging to Michigan and the 13th District is being questioned, the best way to assert our American Identity is to head to the polls on Tuesday. Arab Americans, specifically Yemenis, in Detroit (Lonyo and Warrendale areas), Melvindale and Dearborn Heights can have a huge say in the race.

Vote. Ask your neighbours to vote. Take your family members to the polls. Your vote is the best manifestation of your belonging to America.