Opinion: Anyone Who Attacks Our Capitol Should Be Punished 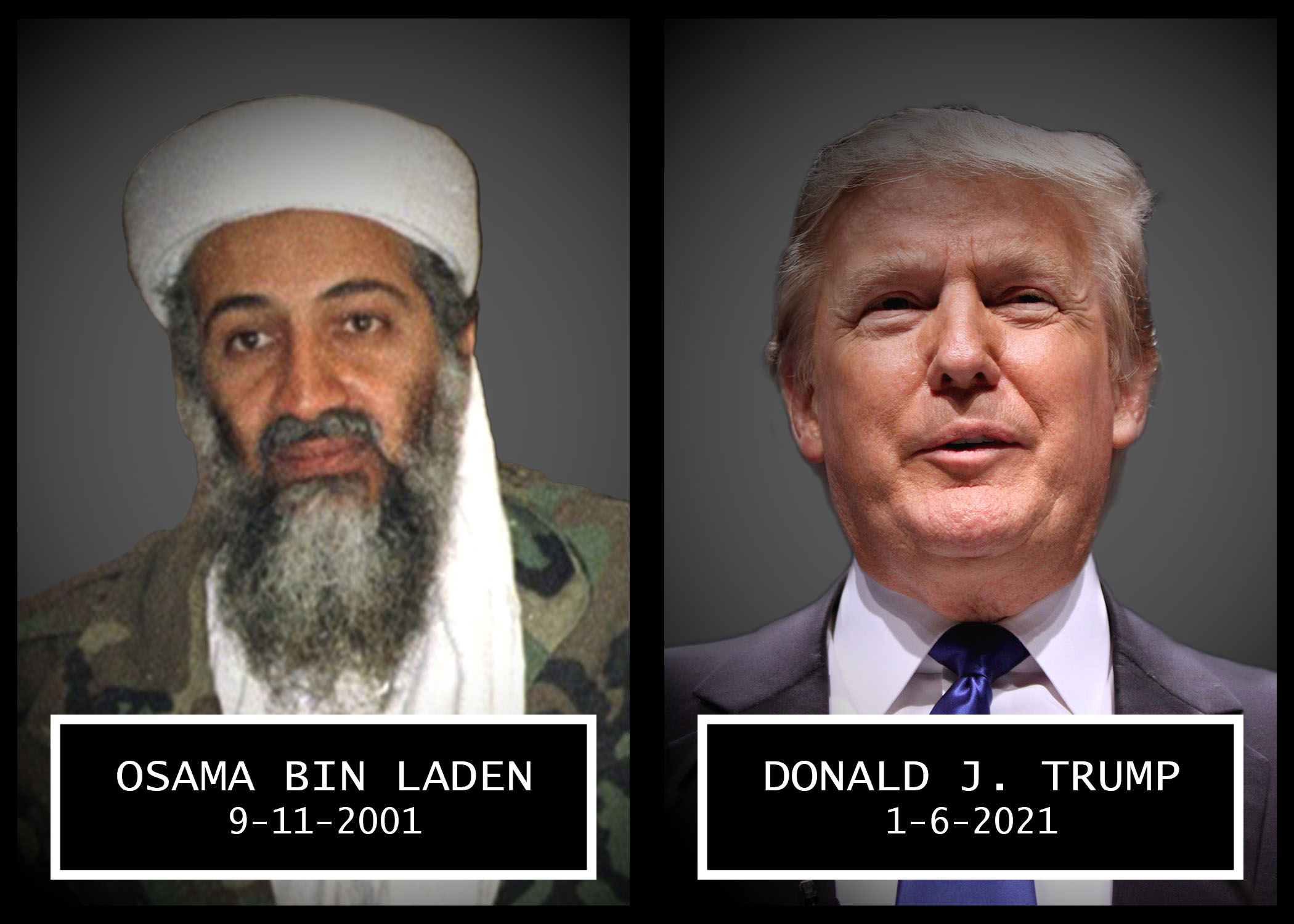 This Op-Ed is written by Brian Stone. The views in this article are solely the author’s and may not necessarily reflect the opinions of the Yemeni American News.

Imagine the scene: Berserk, bearded barbarians in body armor break through the barricades, charge into the United States Capitol and assault security forces using improvised weapons, chemical irritants and their bare fists. The terrorists search for congresspersons to harm and, finding none, plant the flag of an insurgency on the capitol representing a hostile takeover from a group that had declared war on the United States many years ago. Their attack disrupts the legitimate election of our President-elect and for a few hours throws our entire country’s chain of command into chaos.

If these men were Arabs and the flag they planted of Al Qaeda or ISIS, they would have been shot on sight. The Capitol police would have gunned them down in a blaze of firepower, halting the threat of these insurgents.

But these terrorists were white, the flag they planted was the Confederate flag – and that’s why Donald Trump succeeded where Osama bin Laden failed.

A collection of flight crew and everyday citizens made the decision to sacrifice their lives and crash United Airlines Flight 93 into the earth rather than allow Al Qaeda terrorists to damage the United States Capitol. Their sacrifice is why, before January 6th of this year, no terrorist had ever successfully attacked our Capitol.

Republican lawmakers reacted to the attacks on 9-11 by passing sweeping legislation that restricted personal and public freedom in order to prevent this from happening again. Everyday citizens who identified as conservative openly spoke of dropping nuclear bombs on the whole of the Middle East.

In 2021, the Republican party isn’t even sure if it can respond to this crisis by speaking the truth, much less address it with legislation. Many everyday citizens who identify as conservative are still debating whether to call this a terrorist attack, an insurrection, a riot or a protest.

Our blindness toward the destructive power of white supremacy is laid bare for all to see and, in a way recalling the darkest chapters of our history under slavery, much of the country refuses to even see it. Yet still, commentators, statesmen and spokespersons say that these rebels are misunderstood, they have economic reasons, that they are concerned about federal infringement of their rights.

Let us be clear: the only real complaint Republicans have is that black people voted in places like Detroit and Atlanta and they don’t like it.

Enough is enough. Terrorism shall not stand – and no one, not one soul in this nation, should make excuses for it.

We never questioned whether Osama bin Laden was responsible for 9-11, even though he wasn’t personally there. Osama led the organization that radicalized, trained and sent forth the terrorists. We didn’t care whether he really believed he was oppressed by the Government of the United States – what mattered is that he attacked us and we spent more than a decade hunting him down until we could deliver justice.

Donald Trump radicalized the supporters who attacked the Capitol with a web of misinformation and lies. He and his top lieutenants told the terrorists specifically what to do, with Rudy Giuliani saying that since they couldn’t get a fair court hearing, the insurgents should engage Congress in “trial by combat.” Trump then released the insurgents and told them to “go to the Capitol” and take action to stop the legitimate election of President-elect Joe Biden. It doesn’t matter whether Trump believed what he said – what matters is that he attacked our country and the Congress of the United States.

No smokescreen of lies can save him from that fact.

Members of the Trump administration should enact the 25th amendment to immediately remove President Donald J. Trump from power. After Trump is removed through the 25th amendment, he also should be impeached. The threat to Democracy that he poses should not be ignored and his impeachment is the only constitutional way to try a President for the crimes they commit in office and to also prevent him from ever obtaining public office again.

Most of all, our nation must enter a period of deep self-examination. There is no doubt that the skin color of the attackers and our refusal to recognize the confederate flag as an equal symbol of terror as the ISIS flag, created a dangerous blind spot that could have gone much, much worse. This is not an issue of “both sides” – the problem came from the right, and the right-wing of our nation must fix itself or cut the Trump faction out of the Republican party like a cancerous spleen.