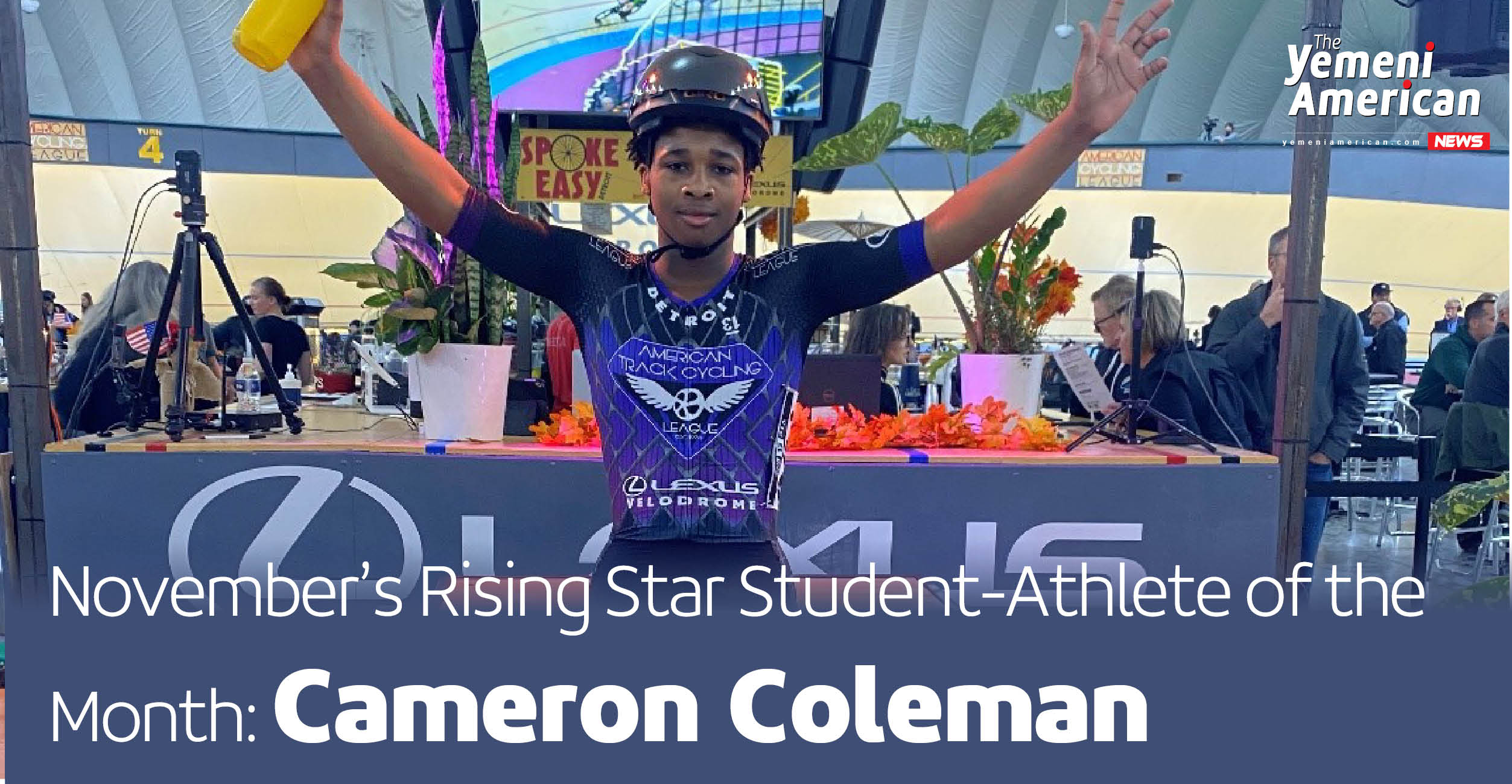 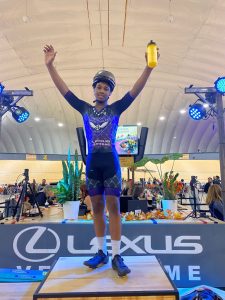 Most of Cameron’s races are held at the Lexus Velodrome located in Detroit.

If you ever drove on Interstate 75 south going towards Downtown Detroit and wondered ‘what was that big white dome with the Lexus logo on it?’ just know you weren’t alone.

“When I brought Cameron to the Velodrome we thought he was about to have football practice,” Samantha said jokingly. “We didn’t know it was a cycling track until we got in there.”

The Lexus Velodrome is home to a professional cycling track which holds many major cycling events. There’s a pleasant seating area right in the middle of the track for spectators, and the atmosphere is lit up on the weekends and can get intense once the racers begin competing.

Jon Hughes, who is the Junior Elite/Cycling Coach, said racers typically compete in about 15-20 times per month.

OZ Media/The Yemeni American News were in attendance on Friday, November 11th because Cameron was competing to be the record holder for the 500-meter race. Some events can have up to 40 racers.  For this event though, Cameron raced alone.

As Cameron lined up to race, you can tell in his eyes he had one goal in mind: to make history.

“On your mark. Get set. Go,” said the announcer, and Cameron was off to the races.

The crowd was cheering on Cameron as he made his way around the track.

Going down to his last lap, that was when Cameron turned it up to another gear.

Once Cameron crossed the finish line everyone was waiting for the results.

“34.690!” shouted the announcer, as the crowd screamed and cheered for Cameron. He just made history and is now the record holder for the 500-meter race. 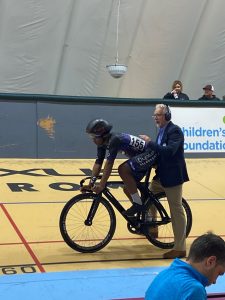 Cameron Coleman prepares for his next race. He is the current National Cycling Champion for the ages of 13-14 years old.

The Lexus Velodrome is also where Cameron met Coach Hughes.

When we asked Coach Hughes what makes Cameron such a great cycler, he said, “Cameron is very strong and has really built up his ability to have a nice jump and accelerate fast. He started learning a lot about cycling 3 years ago. I would say a year and a half into it I knew Cameron had some natural talent. Since then he has been training really hard and has gotten stronger.”

We then asked his mother, Samantha Thomas, what made Cameron get into cycling. She said, “He always liked riding bikes around the neighborhood. So once his friends brought him over there to the velodrome that was when he really fell in love with the sport and has kept grinding since.”

What surprised us the most with Cameron was his confidence and leadership skills, even as a freshman.

We asked him what made him such a great leader on and off the track? Cameron said, “I feel like I am a good leader off the track because I stay positive. I don’t think only about myself, but I also help people in my community who want to learn how to ride a bike. I am a good leader on the track because when riding with my teammates I teach them what I know about how to go fast and what gears to use based on their strengths and what their missing.”

Coach Hughes later added that he thinks Cameron is a great leader because, “he has a great personality. Cameron likes to joke around, but when it’s time to go to work he does whatever is asked from him. He doesn’t complain about anything.” 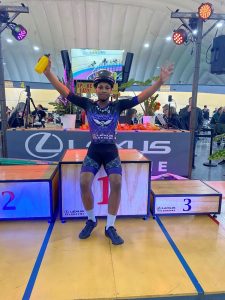 Cameron Coleman celebrates breaking the National Cycling Record for athletes under the age of 17.

Cameron plans on attending college after high school and hopes to get a full ride scholarship for cycling. He doesn’t have his eyes set on one specific school. He just wants to attend a college that gives him the best opportunity to show off his skills.

When we asked Cameron what was end goal as a cyclist? He said, “I pray that I make it to the Olympics one day and make the city of Detroit proud.”

From all of the folks at OZ Media/The Yemeni American News, we want to congratulate Cameron Coleman for being our November Rising Star Student-Athlete of the Month!