Not an English City Anymore: How Hamtramck’s City Hall is Trying to Communicate 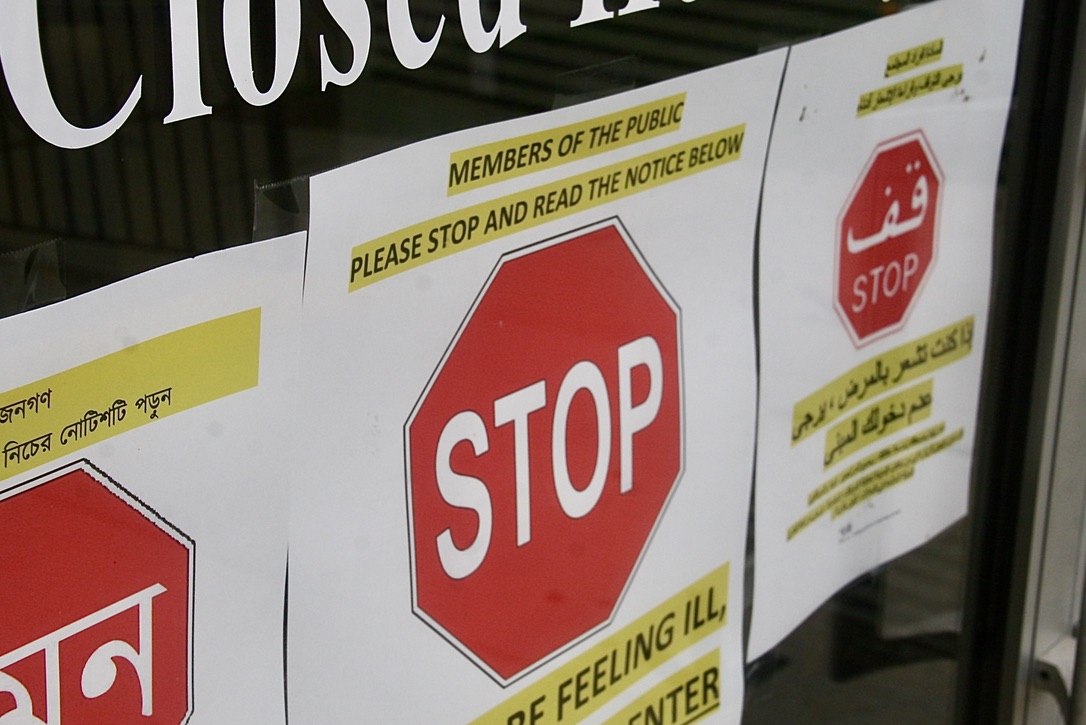 Hamtramck, Mich. – If you’ve ever lived in Hamtramck, you know what to expect when you walk into a restaurant. In Yemeni restaurants, like Yemen Café and Rema’s, you’ll find a lot of Arabic spoken in the booths. At Aladdin, a lot of Bengali. It’s actually an asset the city has, since the two square miles is home to one of the most diverse populations in the state of Michigan.

It’s reported that within Hamtramck Public Schools, 29 languages are spoken among the students. The most commonly spoken are English, Arabic and Bengali. Many of the people living within the city are new Americans, coming from Bosnia, Ukraine, Yemen and Bangladesh. Still, the sizable Polish American population that used to define the city can’t be underestimated.

For many people in Hamtramck, there’s a difficulty in engaging with the city’s culture and government. First-generation Americans and newly immigrated people can find the lack of resources in their native language discouraging.

It’s not very common that a city in the United States is in a position that they need to provide communications in multiple languages, but it has been done before. Now, a lot of residents are wondering if something like that needs to happen again. 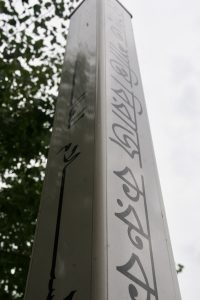 A Pillar in front of City Hall Commemorates the many languages spoken in Hamtramck. Here, Arabic and Bengali are photographed.

Change May be Coming Soon.

Tawfeek Al-Gahinm is the owner of Fantastic Sam’s Sub Shop in Hamtramck. Speaking on behalf of his community, he talked about the difficulty that a lot of people have understanding the most important communications from Hamtramck’s government.

“Because I know a lot of people who don’t understand and need someone to translate,” Al-Gahinm said. “And [City Hall] knows because a lot of people, they just came and they need help.”

But it may be more of a complex problem than many may think. City Councilman Fadel Al-Marsoumi is working on a proposal to take a small portion of the city’s resources for translating essential communications. But first, Fadel explains, the problem needs to be addressed.

“One of the ways that Hamtramck’s government is working to communicate with its diverse population is by first acknowledging that there are other prominent languages spoken by our community members,” Al-Marsoumi said.

According to Marsoumi, the intention of City Hall was to work out this problem before the Coronavirus Pandemic. The Hamtramck Government was already in the process of looking for translation contractors for government documents and newsletters. But like most other processes, Coronavirus stopped these efforts before they could begin.

But there’s another facet of Hamtramck life that severely limits efforts to change the governmental processes. For the adopted budget of 2020, the city of Hamtramck expects to spend almost $2 million more than its revenue allocates (a $1.8 million budget deficit for its general fund.)

So as of yet, the city has done “what is legally required” for communicating with its population, Councilman Ian Perrotta says.

“I’m sure the city would like to do more, but the reality is the capacity for the city to do these things is severely limited because of the budget situation. And really, the budget limits the city’s ability to do a lot of things.”

The economic woes of the city is even more compounded by the fact that as of June 8 of this year, the National Bureau of Economic Research released a statement confirming that the United States is in a recession. Although the statements states that the recession may become more easily manageable as the COVID-19 Pandemic becomes contained.

Councilman Al-Marsoumi says at the next Hamtramck City Council Meeting there will be legislation in the right direction. Still, Al-Marsoumi wants everyone to know that there are resources for monolingual speakers that are already in place.

Hamtramck City Council has native speakers of Arabic and Bengali who are bilingual and willing to translate. Grievances, Public Comments, and Questions can be addressed so that the entire City Council can understand. But not many people go to Council Meetings.

“I think it’s about getting more engaged and getting involved,” Al-Marsoumi said. “If we’re going to focus on language as being the problem, then why don’t you come to Council and ask for something to be done about it.”

People get along pretty well in Hamtramck. Although there are small conflicts, everybody enjoys a relatively low-crime area that’s great for families.

“I have a Bosnian neighbor on the other side of me,” Greg Kowalski said. “She doesn’t speak English so we communicate in sign language. The Bangladeshi people they came and cut my grass. And my Yemeni neighbor has been really great when I broke my arm last year. He got his son to come over with food, all kinds of stuff and you know, people are really very neighborly. No matter who they are.”

Kowalski has been a lifelong resident of Hamtramck. Before he worked for the Hamtramck Historical Museum, he worked as an editor for one of the city’s old newspapers. Now that he’s older, he says there’s no place he’d rather spend his time.

Before the pandemic, Kowalski was able to spend much of his time behind the desk at the Hamtramck Historical Museum, a small storefront museum along Jos. Campau Avenue. He’s the author of seven books on the city of Hamtramck. 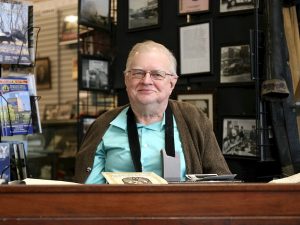 Greg Kowalski sits at his desk in the Hamtramck Historical Museum. In researching the history of Hamtramck, he’s also documented the history of spoken language in the city.

“There was a time in Hamtramck when city council meetings were conducted in Polish,” Kowalski said. “Because it was so overwhelmingly polish. I mean, it wasn’t a routine thing, but when they did that almost everybody spoke polish, including a lot of African American residents.”

Hamtramck’s homogeneously Polish history isn’t so clear anymore. Since so many residents come and go, the prominent languages of Hamtramck have been a subject of major change throughout the years of the city’s modern history.

With the variety of prominent languages, it’s not likely that City Council meetings will be conducted outside of English any time soon. Still, the disconnect between the city’s limited engagement and the population’s understanding of the city operations can’t be clearly diagnosed right now. At least not until Language is connecting people that may have never been connected before.