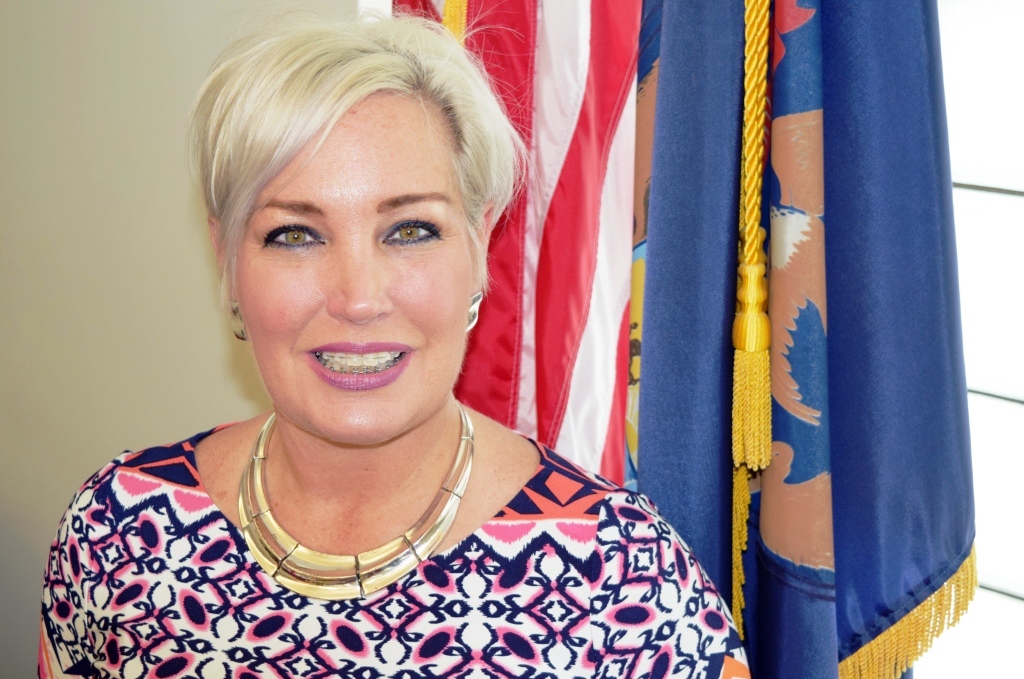 From the moment Katrina Powell, the new City Manager for Hamtramck, arrived in town she meant business and brought a sense of urgency and enthusiasm with her.  When Ms. Powell first accepted the position she came to town and was driving down Holbrook and there was a gentleman walking down the sidewalk that threw a potato chip bag down on the sidewalk. She pulled her car over, rolled down the window and said, “Excuse me, would you mind picking that up? There’s a trashcan right down the street that you can put that in. Would you please help me in picking up the litter?” He picked up the bag, put it in his pocket and moved along.  This is just one example of how practical and passionate Ms. Powell is about her new city and is striving to encourage others to be have the same respect after only 5 months on the job.

We recently sat down with the new City Manager to hear how she feels about the current state of the city.  Here is some of what she had to say…

What are your top priorities right now and in what ways are you involving the community? “Our top priorities are cleaning up Hamtramck, trying to figure out how to increase our park spaces for our children, and to also educate our residents about various issues involving the community like cleaning up their property, beautifying their properties, picking up the garbage, volunteering.”

Giving the recent findings regarding the Flint water crisis, now it’s being said that Detroit might be having the same issues.  Have you had someone look into Hamtramck’s water supply and make sure we’re not in the same boat?

“It is unfortunate what has happened in Flint, it’s rumored that the same thing could be happening in Detroit. Most of the older communities have lead service lines, they’ve always been there, it’s how the water is treated as to whether or not you have an issue with your lead services lines.  Here in Hamtramck we have our water randomly tested every month, a private company comes in, they randomly select a home to draw the water from and they test it. So we’ve been doing that every month for years. As soon as we know there is a problem, of course, we will do what we can. We do plan on starting a lead service line replacement program in the next year. We’ve been doing that now if we have residents who call us out for any kind of situation and we find out that they have lead service lines then we are replacing those even though they are the homeowner’s responsibility.”

A lot of the houses in the city are in need of cosmetic makeovers why doesn’t the city enforce the city codes by having inspectors give more citations for homes that need to be fixed especially in the front of the homes?

“A lot of the homes are older, a lot of them are rentals, a lot of the owners live overseas, and they are absent landlords.  We employ three code enforcement officers part-time to enforce city codes and as soon as we know there is a problem with the house we send them a letter, we give them 7-10 days to correct the problem depending on the issue.  If it is something that is larger then we give them a longer amount of time but we do actively enforce the city’s codes. Unfortunately it’s a long process to get compliance. Of course we do issue citations, it does go to court, but it’s a process and it takes a long time.  I feel like we need to educate our residents because sometimes they don’t know and face-to-face communication with someone works a little better. The community has to get on board and has to agree with the ideas that we have because we have to include the community in order for this to work.”

“In most communities all across the country that particularly have colder weather in the winter the summertime is always a higher time for crime. We are going to continue to do our community-policing program where we’ve got police officers on the street all the time driving around.  We also have the Michigan State Police that come in and augment our forces. That was a program that was put in place this year by the Governor. He actually set aside funds for several cities in Southeast Michigan to increase patrols. Plus we need the community to help us, if they see a crime happening, call 911.”

How is the city addressing recent allegations of unfair targeting of Arab owned businesses?

How involved is the city with the school board? Are there any relationships that have been formed to keep the two systems updated with each other?

“The public school is a separate entity, it has its own board, it has its own superintendent, it is not an entity that is within the City of Hamtramck. I have a good relationship with the school board. We have assisted them with various things throughout the year that I have been here. For example, Keyworth Stadium, we are partnering with the schools to oversee all of the inspections and the permitting. Now that is something that the school doesn’t have to partner with the city on, they can go with the state but the state takes a lot longer to get inspections done and to get the necessary permits that they need. And so we stepped up to the plate and said, hey, we will do that for you.”

How do you feel about the Detroit City Football Club making Hamtramck its new home?

“We are so excited that DCFC has chosen Hamtramck as its new home! There’s nothing better than seeing 7,400 people descend on Hamtramck’s two square miles and patronize our businesses, walk our streets, involve our community. I think as we move forward you will see more and more people coming to support the team. There is still about 1/3 of the stadium that needs to be renovated so we are not even packing it out as much as we can right now. It is such an honor for Hamtramck to have that many people come to Hamtramck.”

For a lengthier video interview you can go to our YouTube channel here https://www.youtube.com/YemeniAmericanNews