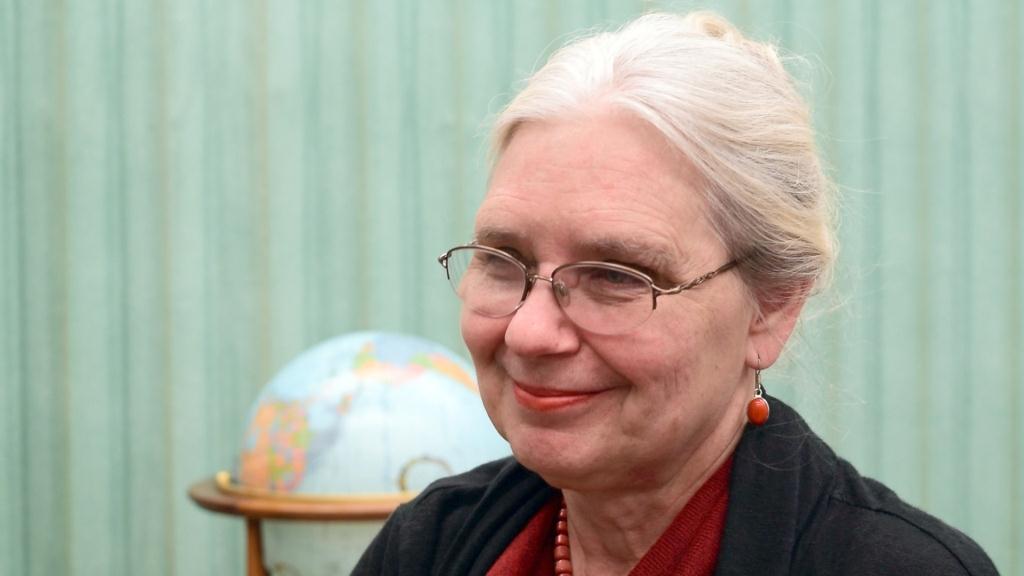 Hamtramck is a city of diversity and contrasts, and is situated in the heart of Detroit. Imbued with a rich culture and history, Hamtramck is today at a crossroads. Is there a bleak or a bright future for Hamtramck?
Karen Majewski began public service on the City of Hamtramck’s Historical Commission. She served on the city council and as city council president and mayor pro tem before being elected in 2005 as Hamtramck’s first woman mayor. Majewski was re-elected in 2009, and again in 2013. The first member of her family to attend college, she earned her Ph.D. in American Culture from the University of Michigan, where she specialized in the study of immigration and ethnicity.
We recently sat down with Mayor Majewski to hear how she feels about the current state of the city.  Here is some of what she had to say…

– That problem goes back decades. Back in the 1950s, there was an opportunity that the city had to fix the problem, because we have a combined system, of sewer and storm water, and cities nowadays are required to separate their systems.  Hamtramck was granted the opportunity to not make that change, and as a result, we flood.  Of course, our flooding has gotten worse and worse and worse over the years, and part of it is the infrastructure in Detroit, you never used to see the highways flooding like they do now. When those flood, Hamtramck basements flood. So we’ve had a lot more incidents of flooding now, and what we would have to do to fix it will require 50 million dollars. So, we don’t have that kind of money, and no one is going to give us that kind of money. So we have to take the steps to fix the problem step by step. First we did a study to see: Where can we make a smaller change here that will alleviate part of the problem? And where can we most strategically address the problem? So, that’s what we’ve got to do. We do a little bit of it this year; we do another part of it next year whenever we can find some more funding. We do another part of it down the road. That’s the only way we are ever going to be able to fix it. So we started the first piece, we are doing a project in the south end of Hamtramck and it is taking a long time and I know people are frustrated about it, but one of the components of that project is building a retaining basin so that water has some place to go, until the whole system, which is Detroit system, can take the overflow.

I am a big opponent to emergency management. Hamtramck has been under emergency management twice in the last 16 years. I’ve been under two different systems of emergency management, and I can tell you that emergency managers and the system that is set up by the State does not care about the city. Doesn’t care about the assets of the city, the people, the welfare of the city. Doesn’t care about what kinds of changes (are) needing to be made in a city so that it’s sustainable long term. The fixes are the quick fixes. You sell off some property, you lay off some people and you balance your budget. But it doesn’t take into account: What are you going to do? What situation are you going to be in 10 years down the road? And how are you going to build a community that is going to attract people, because you can’t cut your way out of this problem – you have to build your way out. And the only way you are going to do that, is if you create a community that has the services and has the amenities and has the assets where people want to invest.  Where companies want to come and start businesses, where people want to live and invest in their properties. You can’t do that if you cut everything that makes your community valuable. But this is the kind of tactic, the strategy that the State has taken; you just cut, cut, cut.

The attitude towards the community itself is that the reason the community is in trouble is because they are poor managers, because they are crooks, because they don’t know what they are doing, and the benevolent State knows how to fix the problem. That the local politicians are too invested in their political careers, they are too worried about getting voted out of office and so they won’t make the hard decisions that need to be made and so you have this person come from outside to make those decisions.  And frankly, that system does not work; it’s a spiraling downward to where you have fewer and fewer services. The assets that you do have are slashed away. It doesn’t encourage investment in the assets that you do have and the things that will attract people to come and live and invest in your city. So I am a strong opponent of this system.

That’s kind of a historical anomaly. Hamtramck used to be a township and it used to extend all the way from the river all the way up to 8 mile, the whole east side of what is now Detroit was all Hamtramck Township.  Detroit was a city and a city can annex parts of a township and so Detroit grew and it prospered and started eating away at parts of the Hamtramck Township until Hamtramck finally first incorporated as a village, and then by the time it decided to incorporate as a city all that was left was this little island of 2 square miles. But by state law a city can’t annex another city without both sides voting on it.  So once Hamtramck became a city, its borders were frozen. Detroit couldn’t bite off any more pieces of Hamtramck.

There are a couple of things going on here. One is the perception of Hamtramck from outside. You know, reporters come in here and they have a story that is already in their minds that they want to tell.  Then they sandwich us, they shoehorn us into that story that they all want to tell. And that story is really a national story or an international story. The reality on the ground in Hamtramck gets distorted by the media. My experience of Hamtramck and really of immigrant communities in general is that the Yemeni, the Bengali, the Polish, the Albanian, and the Bosnian they are not hanging out together. Is it really one community or is it a bunch of separate communities?

But you know, I don’t worry about that at all, I mean, to me, this is part of the process of immigration and ethnic community building. I think it is completely natural that someone who speaks another language feels most comfortable about being around people who speak the same language. I think it’s only natural that folks are going to gravitate towards people that they feel most in common with and that they can be understood around.

So I don’t worry if the Yemeni family isn’t having dinner with the Bangladeshi family, etc. What’s important to me, is that on any street in Hamtramck, you’ve got a mixture of people, and they manage to get along. It’s not Disneyland, it’s not the Epcot center, it’s real life, where people have genuine conflicts with their neighbors, or within their families, or even within their communities. But the important thing in Hamtramck is that we are so small, we’re so compact, we live so close to each other, and we live together. So we find a way to get along together. In Hamtramck, you have to deal with each other and really I think that’s the great challenge of Hamtramck – and the great opportunity.

I think that a lot of cities in the U.S., small cities and big cities, are in the same kind of situation; the demographic of the whole country is changing. The whole issue of who America is, what America is as a country, is something that’s continually changing, continually being negotiated and discussed and worked out as the nation changes, as immigration changes, as the world situation changes. And the thing about Hamtramck is that process is so visible because we are so small.

I honestly have never felt so positive about Hamtramck’s future, in my 13 years in elected office, as I do now. I think that this is a very vibrant community, with people who are here because they choose to be here. The economic situation is improving. I think, financially, we are in better shape than we have been in a long time. Especially since the recession that really hurt us just when we were starting to dig out from our previous problems… then the recession hit. But now I see a lot of promise. I see a lot of new people moving into the city, fixing up their houses, working to build a life in Hamtramck. We give them that opportunity. I think that we look better now, the future looks brighter for us now, than it has in at least 16 years.