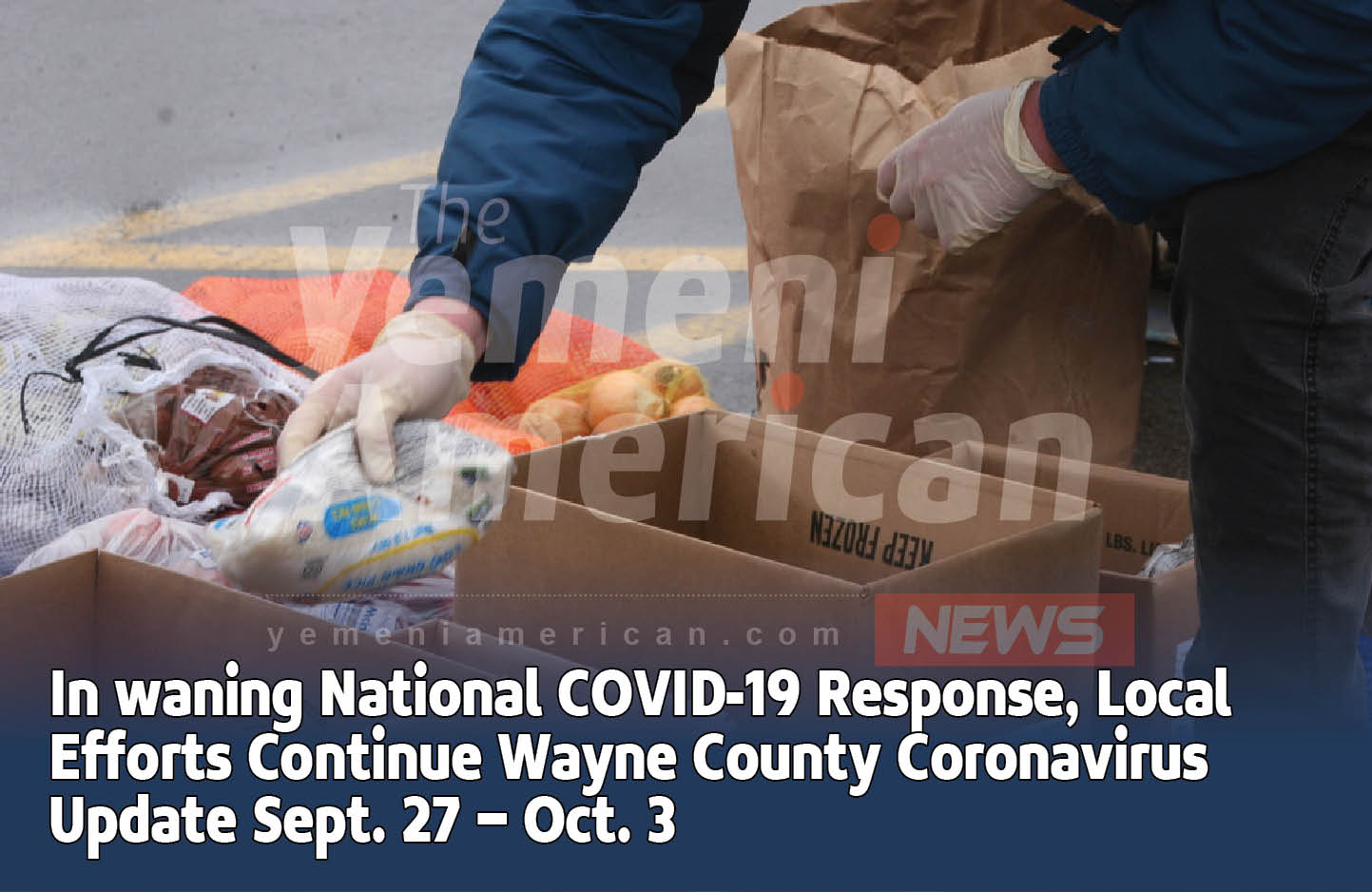 In the height of the pandemic, many nation-wide relief efforts were mobilized, specifically when the case numbers were in an exponential growth. Now that the concerns are becoming more local, cities and towns are more often being left on their own for ensuring people’s needs are met.

In cities like Hamtramck and Dearborn, programs still continue with ‘mutual aid’ efforts like food distributions and other small aid programs.

Wider-reaching programs still exist, like the Eviction Diversion Program in Michigan – which works with landlords to forgive 90% of a renter’s monthly payments during the pandemic. But many of those wide-reaching safeguards have already been lifted, meaning that people may need to look locally for relief.

Whether you’re for, or against the lockdown and state of emergency in Michigan, the data hasn’t told us the best course of action yet. Still, that hasn’t stopped a group, working under the umbrella of Unlock Michigan, from working to get the signatures needed to recall Governor Gretchen Whitmer’s emergency powers.

According to reports, Unlock Michigan will be delivering 500,000 signatures to the state in order to request that the State Legislature vote on revoking Gov. Whitmer’s power to enact a state of emergency and go through executive orders. However another group is calling into doubt whether the signatures are actually valid under the law.

Another group, known as Keep Michigan Safe, has been releasing videos of unlawful signature-gathering tactics by a Colorado agency that specializes in paid signature gathering. According to a report by the Detroit Free Press, those who gather the signatures are paid $3.50 for each signature and are trained in somewhat illicit means of gathering those signatures.

Both sides of the argument say that the other is working to undermine the will of the population of Michigan. Unlock Michigan says that to call into questions some of the signatures would be to deny 500,000 people their voice. However, it isn’t clear how many of those signatures were legally gained.

In the first debate to happen between President Donald Trump and Democratic Presidential Nominee Joe Biden, each one’s positions on the Novel Coronavirus response clarified. Donald Trump, who thinks that waiting out the virus for a vaccine is the most viable option, sparred with Biden’s idea, which is to close the country down for safety measures.

While Trump’s theory tries to put Americans through the least economic pain, the United States recently passed 200,000 deaths, which is 60,000 more than the next highest death rate for a country. Since many critics point out that his greatest asset going into 2020 was economic activity, they point to his upcoming election for putting Americans at risk in exchange for economic viability.

Meanwhile, Biden’s biggest challenge to his Coronavirus response plan was his was politicizing the virus instead of “working to save lives,” said President Trump. Many in the Republican party originally stated that the economic difficulties could have a more damaging effect than the breadth of the virus.