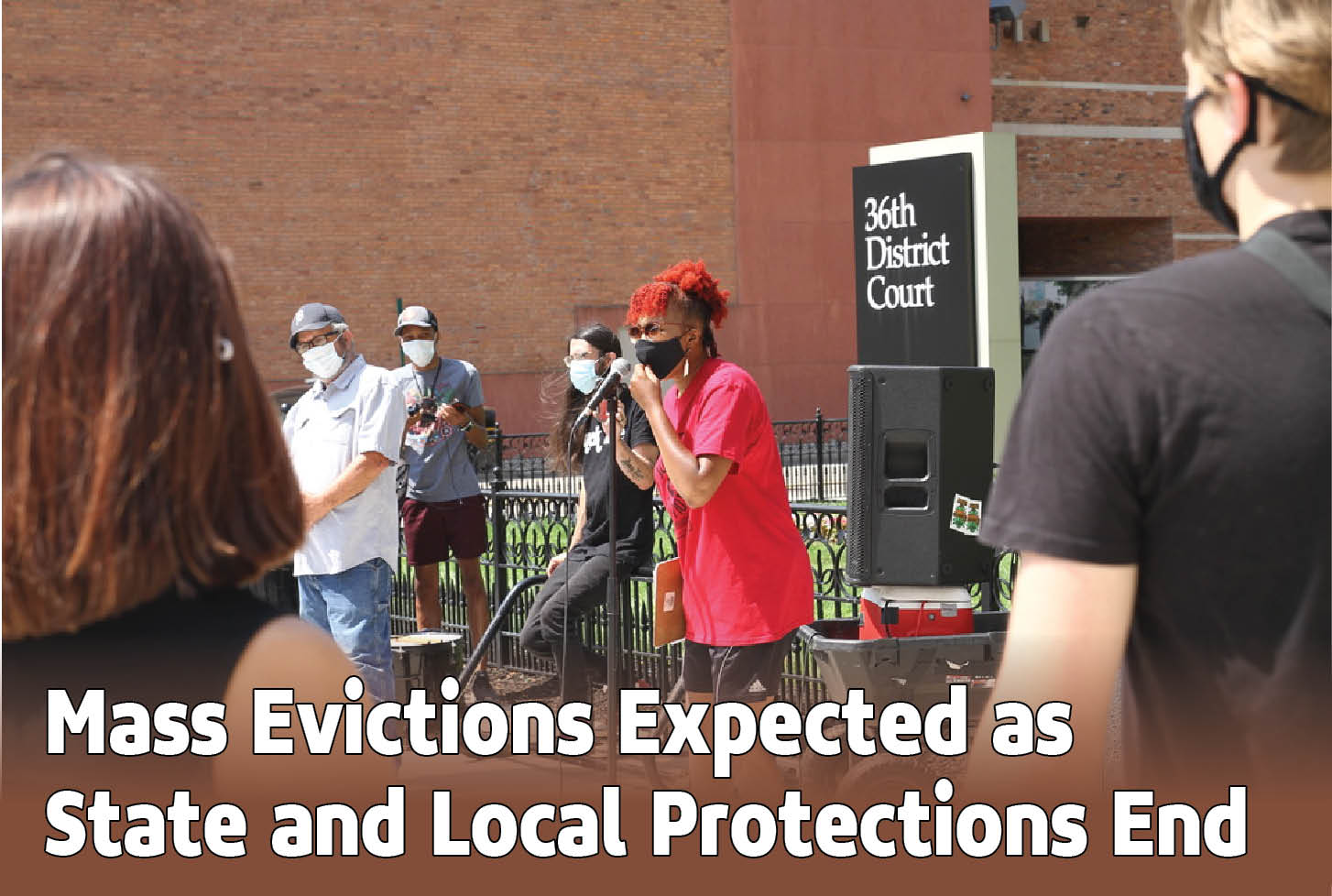 Detroit, Mich. – Marching in front of the 36th District Court, a group of activists stepped to the beat of snare drums and rhythmic chants. As lawyers and court officials walked to the side of the crowd, leaders of various organizations all presented their case in front of the court where legitimate evictions will soon be filed.

The news hit the city fast: as of 11:59 on Saturday, tenants in Detroit could now be evicted during one of the worst public-health crises in over a century.

“Mass evictions are going to make a bad situation worse,” said Abayomi Azikiwe of Moratorium Now. “If you think COVID-19 is bad now, wait until you have millions of people in the streets.” 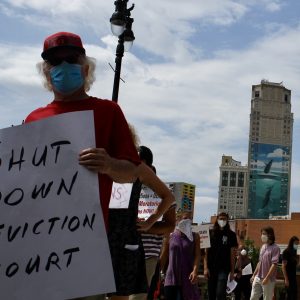 What is the Law for Owners?

Otherwise, there can be severe consequences for landlords. For example, a tenant is within their right to withhold rent from their landlord and place it in a separate bank account, known as an escrow account.

The Certificate of Compliance is at the center of Detroit Renter City’s efforts to stop evictions in Detroit. Baker says that her organization has been working toward an agreement with the city that would require a property owner to have a certificate of compliance in order to file for an eviction. However, this goal has been a challenge for Housing Rights Groups.

Originally known as Administrative Order 2020-06, the order would have barred anyone looking to legally evict their tenant from a rental property if the owner did not have a Certificate of Compliance. The order would have taken effect on August 17. “But what Judge McConico decided to do yesterday, which is not in this order, is he’s not going to uphold this order until October,” Baker said.

Organizations have been working on other avenues to ensure that property owners must have a certificate of compliance, but city councilmembers have said that there’s nothing they could do until September. 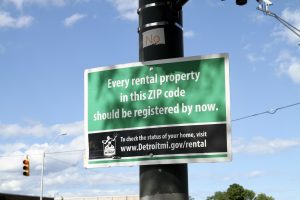 In order to comply with the law in Detroit, Property Owners need to get a Certificate of Compliance with the city.

Back when the Detroit Will Breathe Marches around Detroit were at the center of everyone’s focus, their demands of the protesters were just as much a part of the call for change against Systemic Racism in America. For Detroiters, one of those demands called for an end to carrying out eviction orders. In fact, it’s number four on their list of priorities.

“If you look at Detroit will Breathe’s list of demands, there are 24 demands and they’re pretty exhaustive,” said Tristan Armond Taylor, one of the leaders involved with Detroit Will Breathe. “Because for us, we’re going to be talking about defending black and brown bodies. And that means both against violence or police, but also violence and homelessness and evictions.”

The Pandemic has upended work for Millions in Michigan. Now that many safety nets like the $600/week unemployment and economic stimulus have halted, there’s little evidence that the Economy has returned to what it was before the COVID-19 Pandemic.

At this point, we can’t know how many people have already filed for eviction proceedings. Even despite that, Detroit Renter City estimates that somewhere between 30-40% of evictions happen illegally, meaning they occur outside of the court system.

How Did This Happen?

Back in March of this year, Governor Gretchen Whitmer signed Executive Order 2020-19 that barred property owners from going to occupied properties for the purpose of evicting their tenants. The original expiration date for this Executive Order was Apr. 17, 2020, however it was extended four times.

During this period, a new executive order was released on June 11. It extended the state-wide moratorium on evictions while establishing a program that would subsidize rental properties for the owners as long as they forgave 10% of the rent. However, the program wasn’t fully utilized according to many reports. One newspaper reported that property owners weren’t willing to give up the 10% necessary to participate in the Eviction Diversion Program.

Detroit’s own Eviction Moratorium ended a month after the rest of Michigan’s on Aug. 15, 2020.

We don’t know how many people are about to be evicted, or what areas of the city will be hit hardest. But we do that the floodgates have now been opened.