Honoring the Pioneers of the Yemeni Soccer Community 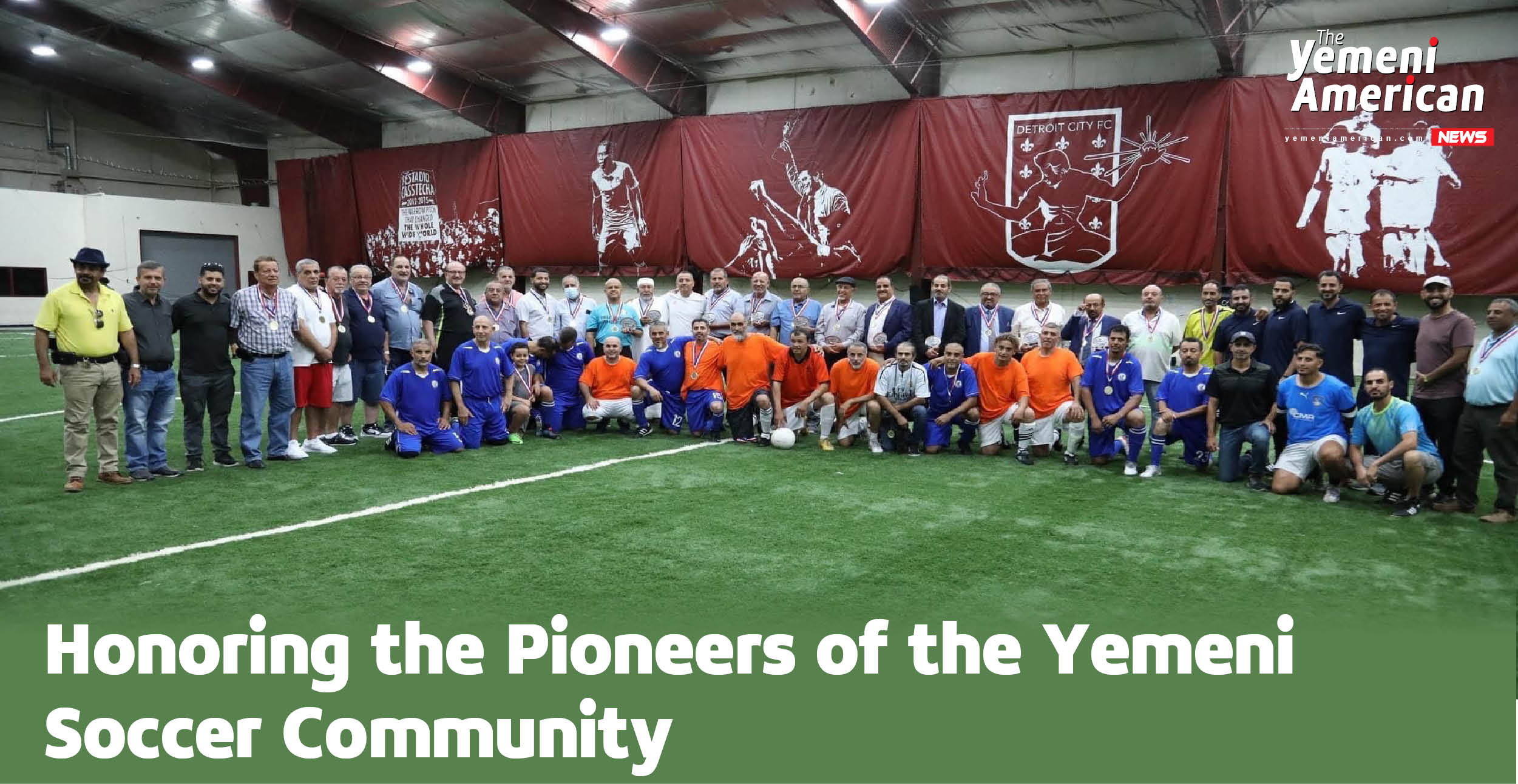 This past Friday the Yemeni American News held an exclusive event to honor the great Abdulkader Alrammah and other pioneers who paved the way for what the Yemeni soccer community is today.

The event was held at Detroit City F.C.’s practice facility and in attendance were community members/elected officials from Dearborn, Hamtramck and California.

The Yemeni American News kicked off the event with a friendly soccer match between two teams who were filled with Yemeni Soccer stars from the 70’s, 80’s, and the 90’s.

The Yemeni American News then closed out the event by giving each player and community member awards for their contributions to the game of soccer, as well as a retirement ceremony for Abdulkader Alrammah. 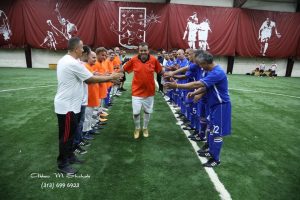 Abdulkader Alrammah walks through a crowd of his supporters. (Photo by Abbas Shehab)

The Legend of Abdulkader Alrammah

Abdulkader Alrammah was born in Yemen in 1963. According to Alrammah, he began playing soccer with a club team in Taiz (a city in southwest Yemen) called Ahli Taiz Club from 1979-1982.

After spending time in Yemen’s capital, Al-Rammah immigrated to the United States in 1987, and began training with teams in New York. While in New York Alrammah played alongside the Yemeni team, and participated in the Yemeni Community League in New York.

Alrammah then moved to Detroit in 1988.  While in Detroit he trained existing clubs such as Hamtramck Union (now known as Hamtramck City F.C.) and Dearborn based soccer club Shabab Alyemen.

In 2011 Alrammah moved to California and has lived there ever since. That same year he began coaching the 14-u Yemeni soccer team called the Cubs, and according to Alrammah, he still coaches the team to this day.

“My life has gotten pretty busy,” Alrammah said. “But I will always find time to continue to support the Yemeni community anyway that I can.”

Abdulkader Alrammah has devoted over 40 years to the game of soccer and to the Yemeni Community.

When asked how he feels about The Yemeni American News putting together a retirement ceremony for him, Alrammah answered, “First of all I am truly grateful. This event allows us to remember the good ole’ days while spending time with people who were and still are close to me. It’s an honor to be around these guys.”

There were many familiar faces in attendance to honor all of the trailblazing soccer stars from the Yemeni Community.

Hamtramck Public Schools Board Member Moortadha Obeid was in attendance and also helped organize the event with the Yemeni American News.

When asked why is it important to honor the stars from the past, Moortadha said, “We need to thank the people who started these clubs and who made it easy for us to enjoy the game of soccer today. These people established these clubs in the 70’s and were playing for the national team or professional clubs. They made it easy for us now and days to play in leagues. So, we wanted to thank them for their hard work for getting everybody together and getting the youth together.”

Dearborn Public Schools Board Member Adel Mozip was also in attendance. He said, “This event is a great way to recognize Abdulkader Alrammah’s contributions, as well as the others, who have given decades and decades of their lives as a service to this community. Especially in the arena of sports, but also civic engagement as well.”

Imad Asoufy, who was in attendance to represent his father Daifalla Asoufy, who has been a staple in the Dearborn community for over 30 years, said he was inspired by the whole ceremony.

“Seeing these guys move the way that they are moving and knowing that they are all over the age of 50 should motivate the rest of us to do better,” Imad said. “They are setting a good example for the youth.”

The Youth. The Future.

The main focus for the players and the community members was to build bridges so that the youth, the future of the community, can have access to things that these past stars never had growing up.

In regards to the youth, Abdulkader Alrammah said, “I wish we had back then what they have now. They (The youth) have everything in front of them. They have to continue what they are doing, playing as professionals. I also really hope the Yemeni community continues to support them so they can continue playing and be something in the future.”

Adel Mozip said, “Anyone that watches this will say I want to be like them. We should have bigger goals. At this point our goal is to be at the highest clubs at professional levels. To reach the M.L.S. or to reach the national team. Watching something like this is very inspiring and can motivate others to achieve those goals. But also, let’s not forget it’s important for us younger folks to give these guys the recognition they deserve.”