Has Criminal Justice in Detroit Changed since George Floyd? 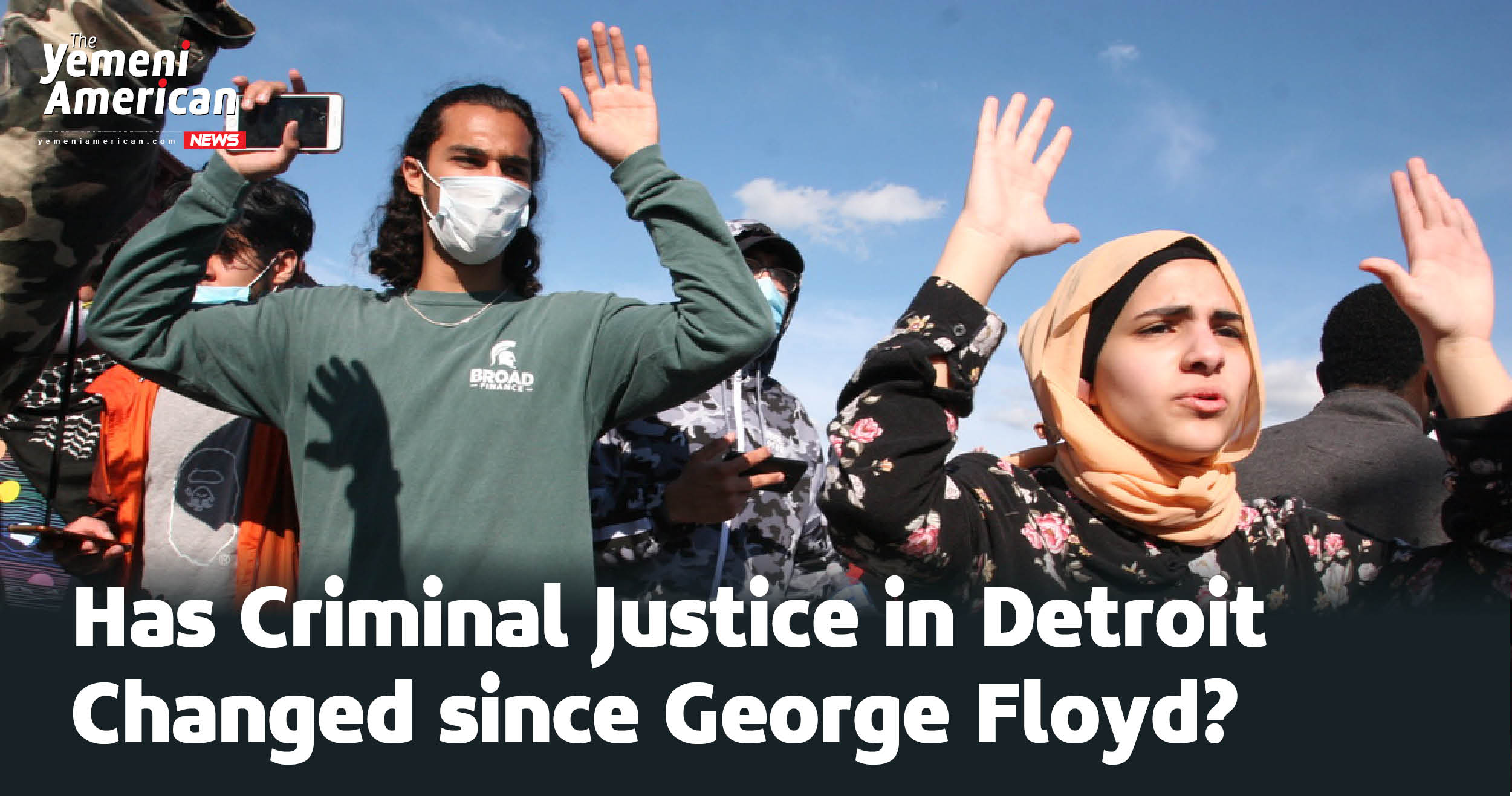 Detroit, Mich. – Criminal Justice as an institution saw a massive demand for change in the wake of the George Floyd protests. In response to millions of protesters demanding a difference from systemic racism in America’s institutions, some of Detroit’s judges and veteran law enforcement actors have been working to fix this. However, this didn’t come without the sacrifices made by some of the frontline activists at the forefront of Detroit’s response to Floyd’s murder.

Michigan has a long road ahead of it for criminal justice reform. Since the late ‘70s, Michigan’s incarcerated population has tripled, according to data compiled by the Project Vera, a nonprofit initiative working to end mass incarceration. Although the incarceration rate is down slightly since 2000, Michigan is still sixth in the country for incarceration rates in both jails and prisons.

A year ago, a set of bills co-sponsored by Detroit Representative Tyrone Carter was introduced. Called the Safer Michigan Act, the package of six bills was meant to address the recidivism rate for incarcerated people and an opaque victims’ compensation system.

One of the bills in the Safer Michigan Act package would designate programs for incarcerated people to receive job training, housing instruction and education while serving their jail sentence. The bipartisan legislators who sponsored the bill – Tyrone Carter, Bronna Kahle, Bradley Slagh, Bryan Posthumus, and Julie Calley – all assured that this bill was designed for nonviolent offenders who are eligible for parole.

The package as a whole had two main goals: to create the system for incarcerated people to receive training they need to live productive lives once outside prison and to provide victims of crime a more transparent process for accessing the victims’ compensation fund.

Although this bill had wildly popular support, only the parts expanding access to the victim’s compensation fund have passed the Michigan house of representatives. The rest were referred to a second reading as late as Nov. 9, 2021.

Courts are Changing because of the George Floyd Outcry

This process is known as ‘alternative sentencing’ and it’s been around for decades, explains Sabree. It involves looking at the root cause of low-level crimes and understanding how to address those causes, rather than punishing the low-level crime itself.

“So for example, we have a community court – which I was a part of – where someone at risk of homelessness or is homeless, they can be referred to a specialty court where they go through job training,” Sabree said. “They end up getting housing, they do everything they’re supposed to do. If there’s substance abuse, that’s addressed.

“At the end of the program, we dismiss all of their cases that are pending or outstanding, lift all the warrants. They get their driver’s license back and housing, and we try to set them up a sustainable path so they won’t be back.”

“Systemic racism still exists in our criminal justice system,” Sabree said. “And I don’t think people have even cared to pay attention to it. Or they just believe that racism is over, or that this implicit bias that happens with police officers didn’t exist anymore… So with that eye-opening experience [the video of George Floyd’s murder], I think there’s been more money put in the specialty courts.”

And this has translated into real change for the 36th District Court, where they’ve been able to open up entirely new divisions to address systemic issues.

“Now that we’ve got grants in our court, we’ve been able to open our human trafficking court after George Floyd. So more money is flowing toward helping to fix the system.”

In the wake of George Floyd’s murder, protests around the country called for an end to the police brutality that ended Floyd’s life. In Detroit, the protests were different. Nobody looted any of the stores, with outside observers calling the protests peaceful, even with tens of thousands of demonstrators during Detroit’s early response to the murder.

However, litigation continues between the organization that spearheaded the protests – Detroit Will Breathe –  and Detroit’s government officials.

According to the Civil Rights Litigation Clearinghouse, protesters allege that police drove their cruisers into protest leaders and used dangerous chokeholds and teargas on demonstrators, in addition to other allegations. Suing on the grounds of a violation of protesters’ first and fourth amendment rights, the lawsuit was filed on Aug. 31, 2020.

Detroit’s countersuit, which was dismissed by District Judge Laurie J. Michelson, alleged that Detroit Will Breath was engaged in civil conspiracy. The countersuit was dropped after the City of Detroit could not provide any evidence of civil conspiracy.