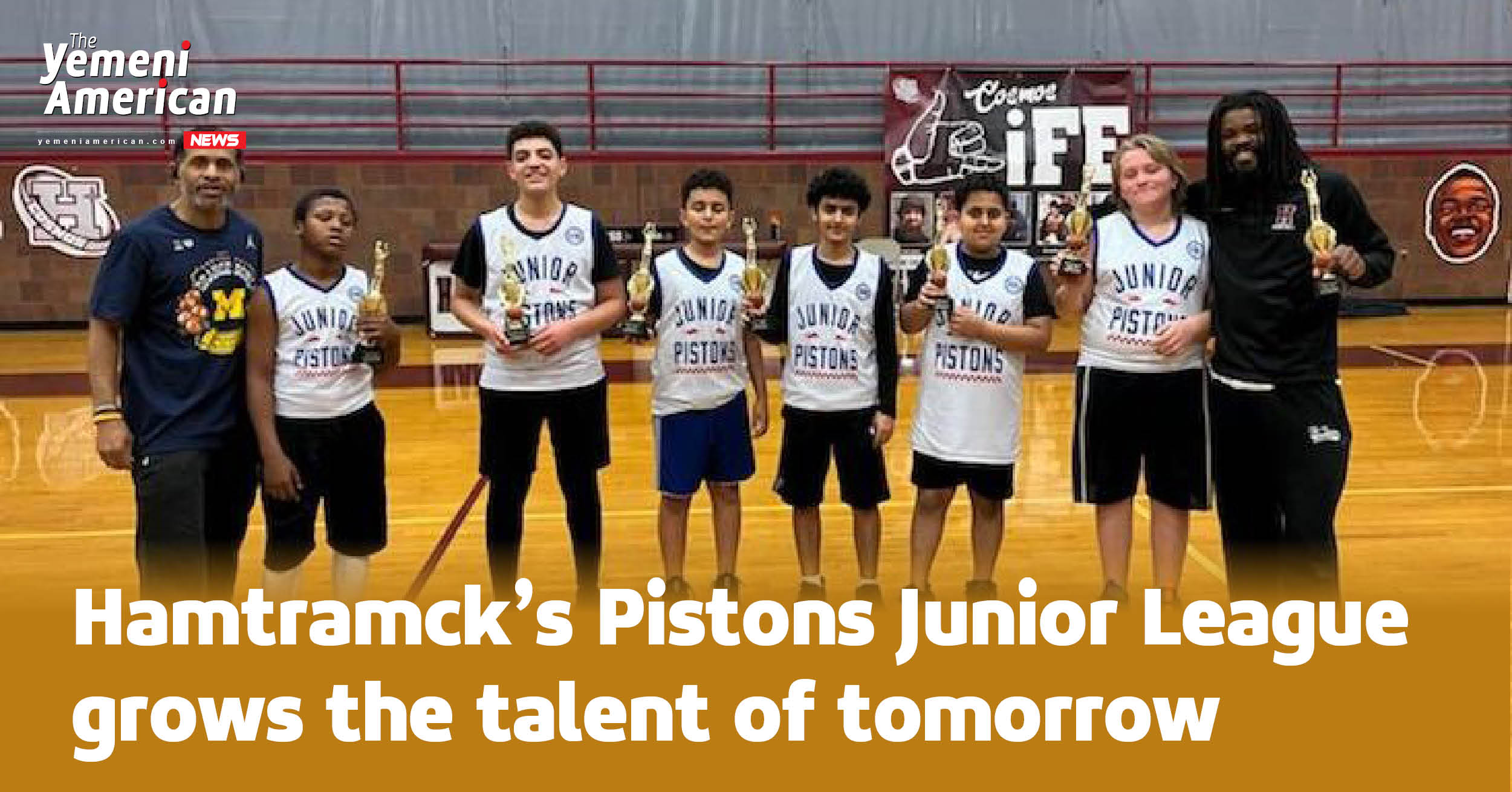 HAMTRAMCK, Mich. – We all know about the Hamtramck Cosmos and their stellar seasons on the basketball court. Always making their way to some of the top titles for their team, the Cosmos have become a hometown staple for high school sports in the area. But for the past four years, Hamtramck has been working to develop their team even further. And it starts at a young age.

Craig Daniels is Director of Recreation for Hamtramck Public Schools. For the past four years, Hamtramck has hosted a city-wide league for students as they’re about to enter middle school. As of this year it’s known as the Pistons Junior League, because of a partnership from Detroit’s pro basketball team.

“So, this is the first year we partnered up with the Detroit Pistons to have a junior league,” Daniels said. “They provided the jerseys, a basketball for each kid, And then they even got a ticket to the basketball game as well.”

For this year’s league, the team coached by Michael Young outscored the others in order to take the citywide championship. Called Game Time, the team was able to learn a lot over their time with Coach Mike.

Since he’s been coaching with this league from the very beginning, he says he’s seen a lot of kids grow up to become some of the best basketball players in the area. He talked about one student, who now goes to Cass Tech, and the skills he’s been able to pick up along his years of basketball.

Since Coach Mike works for both the Pistons Junior League and the Hamtramck High School team, he says he’s building a basketball city in Hamtramck.

“I literally have one of my kids from our first year,” Young said. “He’s playing basketball as a 14 year old. We have one, if I’m not mistaken, who’s looking to make varsity as a freshman this year. So I’ve helped develop a lot of these kids.”

With Hamtramck finishing its season as the 11th best team in the state of Michigan, the basketball machine keeps making some of the best players the state has to offer.

“We slowly turned that city into a basketball city,” Young said.