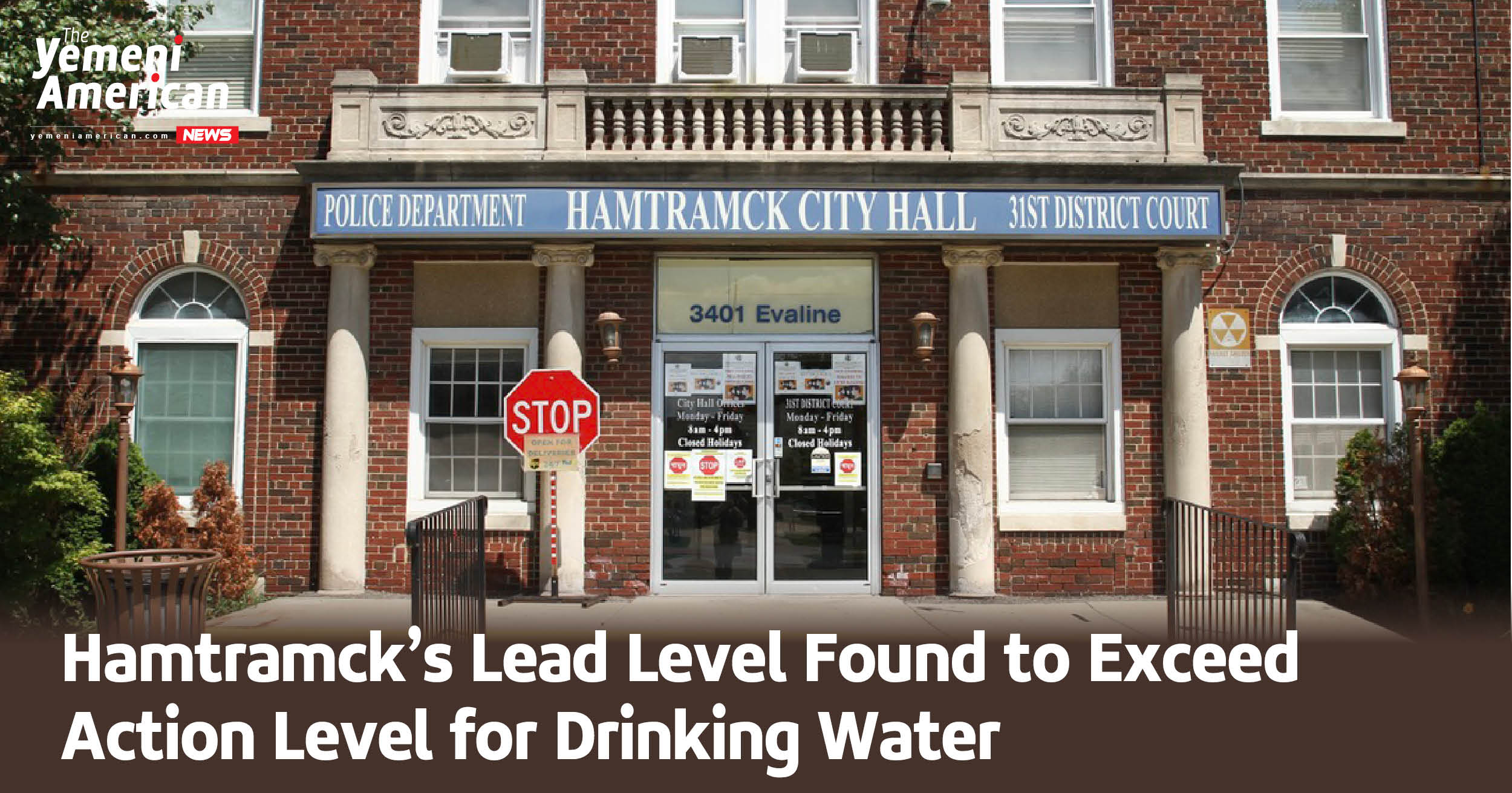 (CORRECTION: An earlier version of this story provided the incorrect address for the filter distribution. The story has been updated to reflect the correct location.)

HAMTRAMCK, Mich. – In a recent sampling of 42 homes in Hamtramck, six homes were found to hold a level of lead that exceeds the Action Level for drinking water.

The Action Level – which is 15 parts per billion (ppb) – is not a standard for public health, but rather a level in which further action is needed to correct the lead levels.

“The ‘Action Level’ is not a health-based standard, but is a level that triggers additional actions including, but not limited to, increased investigative sampling of water quality and educational outreach to customers in accordance with the Michigan Safe Drinking Water Act,” reads a press release from the City of Hamtramck.

The City of Hamtramck will be distributing a free water filter, along with replacement cartridges, tomorrow from 11a.m. until 2p.m. in the Hamtramck Town Center (at the corner of Holbrook and Caniff near Al-Haramain grocery store). There may be other distribution events scheduled in the coming weeks.

In order to avoid the risk of lead exposure, the City of Hamtramck recommends running the faucet for up to five minutes before using tap water for cooking or drinking. Water that comes into contact with someone’s skin is not as high-risk for lead contamination, so long as the water is not swallowed.

“The Department of Health and Human Services (DHHS) recommends that any household with a child or pregnant woman use cold water and a certified lead filter to remove lead from their drinking water, especially when preparing baby formula,” reads the press release.

Hamtramck City Manager Kathy Angerer announced the findings of the lead testing Oct. 20. In an interview with the Yemeni American News, Angerer explains that the exceedance of lead level is due partially to stricter standards in place.

“A few years ago, the actionable level was 18 ppb,” Angerer said. “And we would have met that, but as the level is dropping down to zero over a number of years, we hit 17 parts per million, which would have met the old criteria, but the new criteria we don’t meet.”

The city will have replaced a total of 300 lead service lines by the end of 2021, with 360 lines slated for replacement by the end of next year. However, residents are encouraged to participate in the water filter distribution, especially if vulnerable people such as children and pregnant women are in the household.

“We want our residents to have safe drinking water,” Angerer said. “Tomorrow we will have a water filter distribution and offer educational materials at the Hamtramck Town Center parking lot from 11a.m. to 2p.m. Further, we are calling on all our elected officials, the Governor and the Michigan Legislature to work quickly toward a solution to provide funding to Hamtramck and communities like ours for expedited full lead service line replacement for the safety of our families.”