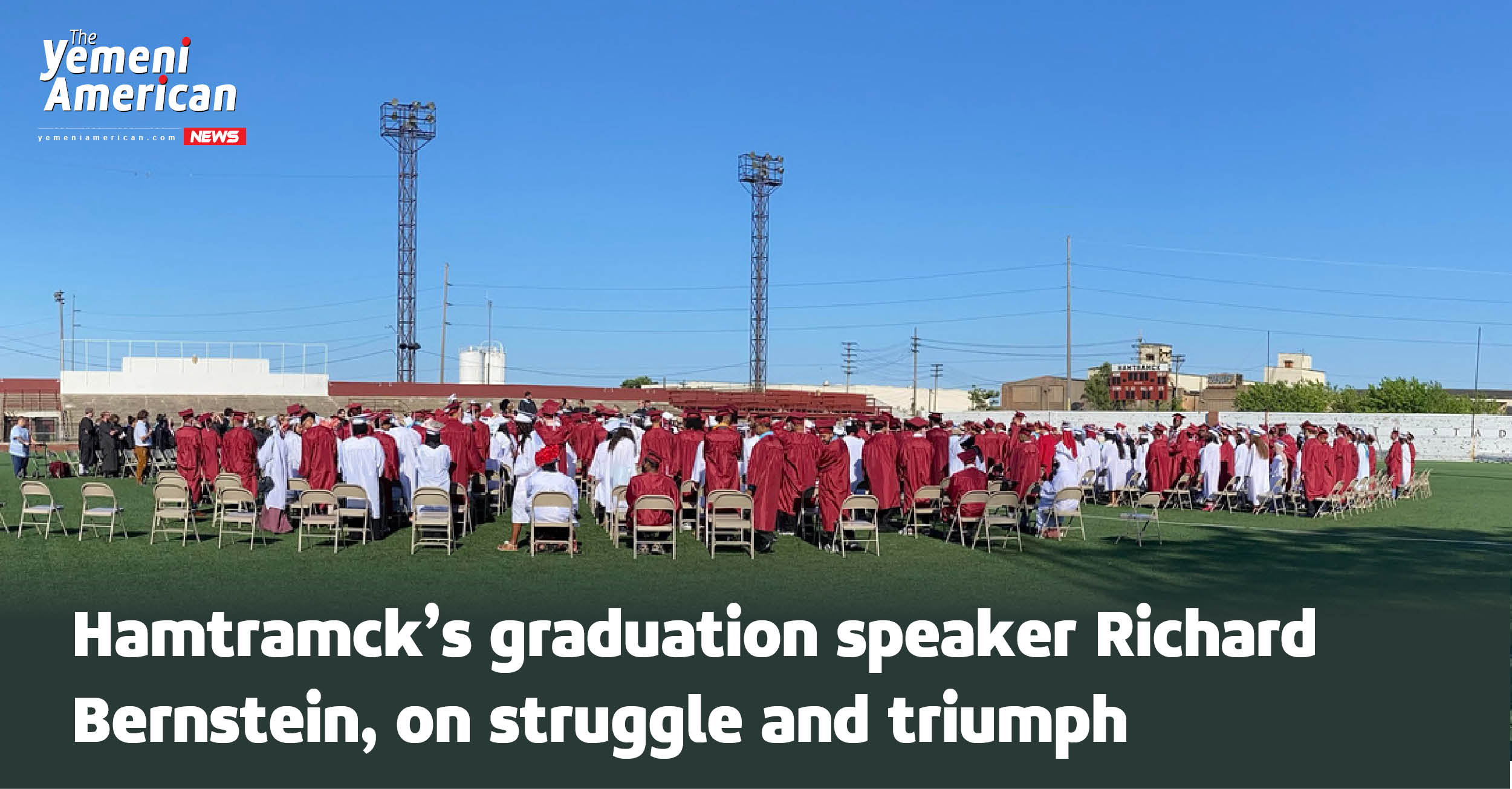 HAMTRAMCK, Mich. – Over this past weekend, Hamtramck Public Schools saw some of its students leave school for the last time. In a graduation ceremony at Keyworth Stadium, the recent graduates celebrated their four years at Hamtramck High School and Horizon High School, and the path that lies ahead.

For some, graduation is one of the most meaningful experiences of young adulthood. But for others, like keynote speaker Richard Bernstein, the experience has a whole new meaning.

Speaking in front of hundreds of graduates from Hamtramck High School and Horizon Academy, Bernstein recited from memory a speech on the importance of struggle. The significance, both religious and existential, can shatter a person easily, but in some cases, can create a better world because of it.

Bernstein, who serves on the Michigan Supreme Court, was born blind due to a genetic disorder in his pupils. The loss of vision means that he can’t easily participate in the world and society. Still, as much as he can talk about the challenges of blindness, he proves that people can and do overcome these challenges.

After graduating with honors from the University of Michigan, he went on to Northwestern University Law School. But like anything in life for someone born blind, the process wasn’t remotely that simple. Bernstein famously challenged the Law School Admissions Council – the organization that administers the Law School Admissions Test – because of a visual bias in the test – and that was just to have the privilege of attending the school. 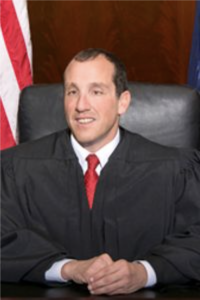 “Everything with me is very spiritual,” Bernstein said. “Everything has a kind of spiritual, kind of religious component that goes with it. And when I was in Law School, it was an immense trouble, like, you have no idea. There were days, you know, as a blind person going through this, that I just wondered if I was going to finish. It was really challenging. And there were days where I was like, you know what, I’m gonna get through this.”

It’s been said that he spent 13 hours each day, that’s seven days a week, memorizing the material for his classes. Someone would repeatedly read the questions and fact patterns to him until he could memorize the answers well enough for his exams.

Bernstein has had his whole life to make sense of his visual disability. And from that, he’s developed an ethos of using it to fight for people with disabilities. In a famous case against the city of Detroit, he set the national standard for how public transportation is brought into ADA compliance.

The lawsuit was against the Detroit Department of Transportation. Alleging that the majority of buses in Detroit were out of compliance for transporting disabled veterans, Bernstein found that 60% of Detroit’s buses had broken chairlifts, forcing people with physical disabilities to wait at transfer stations for a bus that often wouldn’t come.

“What this case ultimately did – which is why I love being a lawyer – What the case ultimately did was it set all of the standards for public transit providers all across the country,” Bernstein said. “So if you travel the country, and you see those new buses with the low floor buses, right, that lean when the bus pulls over, that all came out of this lawsuit, because this suit set for all the standards for public transportation.”

All of this has been a product of his experiences as a blind person, Bernstein says.

“If I didn’t have my experiences and my challenges and hardships, I wouldn’t be doing this kind of work,” Bernstein said. “And that’s why I became a judge, was just because I’ve done that for 15 years, worked as a professor at Michigan. I was chairman at the Wayne State University Board of Governors, because I decided that, you know what, the courts have to become more accommodating, more accessible.”

By the end of Bernstein’s commencement speech, there was a sense that he truly believed in the students he was speaking to. Hamtramck has its fair share of struggles for anyone who grows up here. But with any challenge in life that can define a person, there’s just as much a sense that those definitions can be fought against.

Bernstein saw his struggles with blindness as something that defined his experience and provided a sense of purpose for how he guided his efforts. And just like his struggle, he wanted the students to know that their hardships are what’s going to change the world.

“You get used to it,” Bernstein said. “You’re used to people being prejudiced, you’re used to people discriminating. You’re used to people, you know, treating you unfairly. And then you’re accustomed to it to such an extent that you basically learn how to fight it. You just become a warrior. And that’s what’s nice about these students who just graduated today. They’re going to be the same way. They’re warriors. They understand it. They get it.”