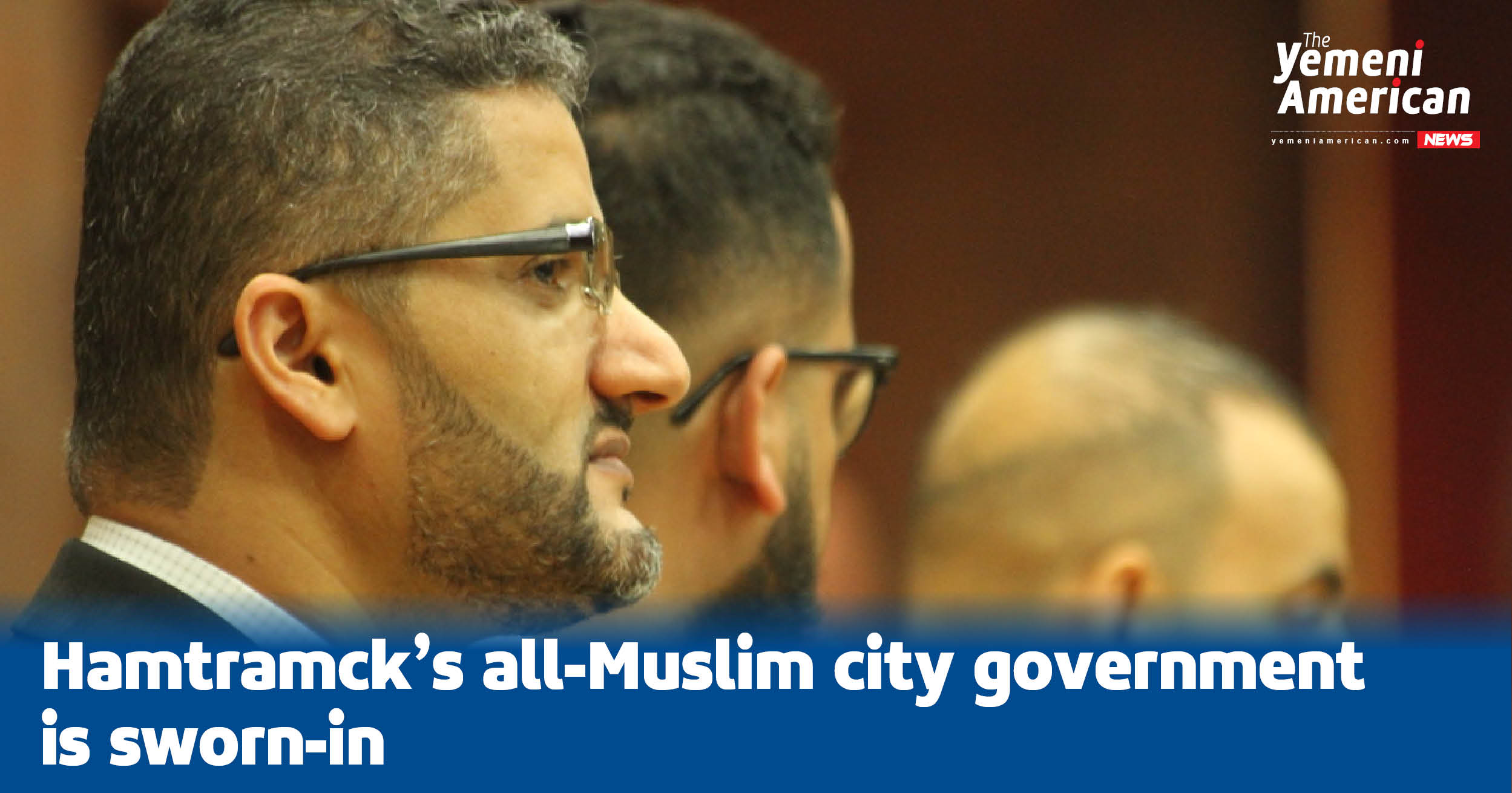 HAMTRAMCK, Mich. – Elected officials have taken the oath of office and have been sworn-in, creating the first all-Muslim city government in the United States.

Mayor Amer Ghalib and council members Adam Albarmaki, Amanda Jaczkowski and Khalil Refai begin the work of representing the city in its legislative body. After running serious campaigns, beating out a 16-year mayor and some highly-qualified candidates, these candidates have proven themselves as the best choice by Hamtramck’s diverse community.

The current council members – Mohammed Alsomiri, Nayeem Choudhury and Mohammed Hassan – will be joined by their new colleagues in the next city council meeting tomorrow night.

At the ceremony, former Mayor Karen Majewski addressed the community one last time as an elected official. She talked about what Hamtramck meant to her and so many others; a city that represents the American Dream in its most potent form.

“Hamtramck continues to provide an example of the American Dream,” Majewski said. “The American Dream as it unfolds in the close-knit neighborhood of our American city – 2.2 square miles that has come to represent so much more to people all over the world.”

City Manager Kathy Angerer expressed this idea as well, telling the community members present that this historic moment represents the best the American Dream has to offer.

“Today, we are witness to the reality of the American Dream,” Angerer said. “We are witness to the opportunity of living in a country where anyone can achieve their dreams. Today, our newly elected officials will take the oath of office and start their term of office. They will make a public commitment to the duty, the responsibility and the obligation of holding that office today.” 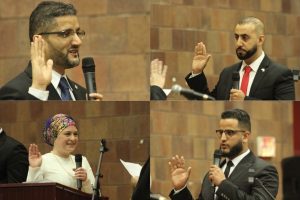 After all four newly-elected officials were sworn-in, Mayor Amer Ghalib addressed the community for the first time as its leader. Talking about the barriers of politics, the Hamtramck High School graduate spoke on his first efforts to go into politics.

When asked by a school official what he would like to do with his career, Ghalib told them he wanted to study Political Science, but was discouraged by the response. So he went on to study Medicine, his second choice.

“After ten years of studying medicine and ten years of serving my community, I decided to come back and embrace my first love – politics,” Ghalib said. “I came back knowing that being a public servant requires a passion and commitment. I did not come back empty-handed, rather I brough with me a lot of knowledge and skill, as well as some crucial ethical principles that I learned in medical school.”

Now that the city has a new city council and mayor, the campaign promises will be held to scrutiny. The new direction will become clear soon. However before that, the excitement of an elected body that properly represents the city has become one of the most important moments in the country’s history of local politics.

Hamtramck has made history in electing its all-Muslim city government, but that history is just beginning.