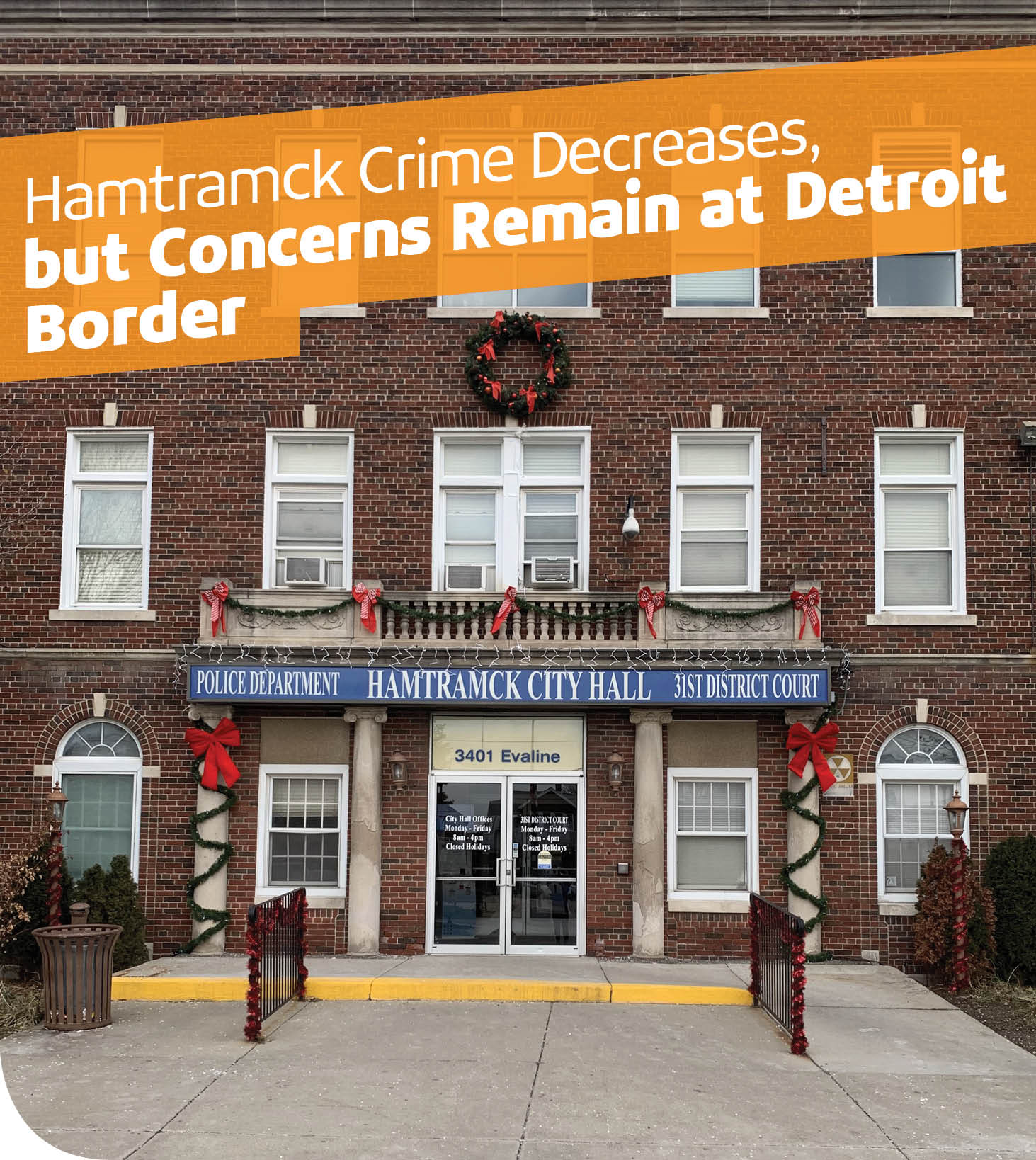 Over the last decade, crime in Hamtramck has decreased substantially. Law Enforcement Data from the FBI reports that 383 Crimes were Reported in 2008, while 171 were reported last year. This has nothing to do with the population of the city, which grew by almost 1,000 residents over the decade.

In reality, it has much more to do with social factors such as the improvement of the economy, better programming by the Hamtramck Police Department, and a wave of socially minded immigrants who are trying to improve the city for themselves.

However, some groups feel outside of this improvement. Last year, a Bangladeshi man was shot when he answered a knock at his front door. The crime happened at around 6:00a.m. in the Detroit Neighborhood of Banglatown, which shares a “soft border” with Hamtramck.

Arif Huskic, a multi-cultural faith leader and area activist says that immigrants are especially susceptible to crime. According to Huskic, this is because many recently emigrated people have a difficult time understanding law enforcement protocol, or because of a language barrier.

“Even if you call… some of them call and they speak and the other side doesn’t understand them,” Huskic said. “Police come, but the suspects are gone. Who’s the victim? Families. Refugees.”

In a way, Huskic took matters into his own hands. After encouragement from city council leaders in the ‘90s, Huskic worked to start block clubs for the Southwest corner of the city. They held meetings to talk to each other about concerns and work together to improve their area of the city.

Huskic says the start of the block clubs was mostly because of what he saw as devastation in the city. Back in the 1970s, many of the predominately polish residents left after a civil unrest that shook the city of Detroit and its immediate surroundings.

Abandoned homes sat in burnt rubble and empty lots had become so overgrown that animals would often get stuck in the growth of bushes and grass, according to Huskic. So Block Clubs helped organize the residents to improve the city and clean up the lots.

Scholars James Q. Wilson and George L. Kelling believe that beautifying a neighborhood or town discourages crime in the area. This idea, known as the Broken Window Theory, states that visible signs of neglect creates an environment that encourages criminality.

Police Chief Anne Moise has been working with the Hamtramck Police Department for the past 21 years. “I’ve definitely seen a decline in crime since I started here,” Moise said. “That was back in the ‘90s.”

Since earning the role back in 2017, she’s established many of the programs that the former police chief developed. Those include training with officers in order to look out for crime trends and even integrating technology into their police work.

“The more [Hamtramck PD] gets involved with the community, the more we connect with the youth and things like that, I think it really has an effect on crime rate,” Chief Moise said. “And I think Hamtramck is unique because we are surrounded by Detroit. But it is such a close-knit community… I think we do a really good job in the community to look out for each other.”

Asm Rahman, a community leader in the Banglatown community, was a part of the steps that community activists took in the wake of last year’s Banglatown shooting. He says that a lot of work has been done, but there’s still more work needed.

“There’s been a lot of instances where someone is taking out the trash, or carrying in groceries,” Asm Rahman said. “And they’re being followed. So [crime] is a big concern.”

For some of Hamtramck residents, Crime is becoming less of a concern with each passing year. Still, Chief Moise says that there’s precautions that should always be taken regardless of how safe an area is.

“I always tell people to take every step they can to protect themselves,” Moise said.