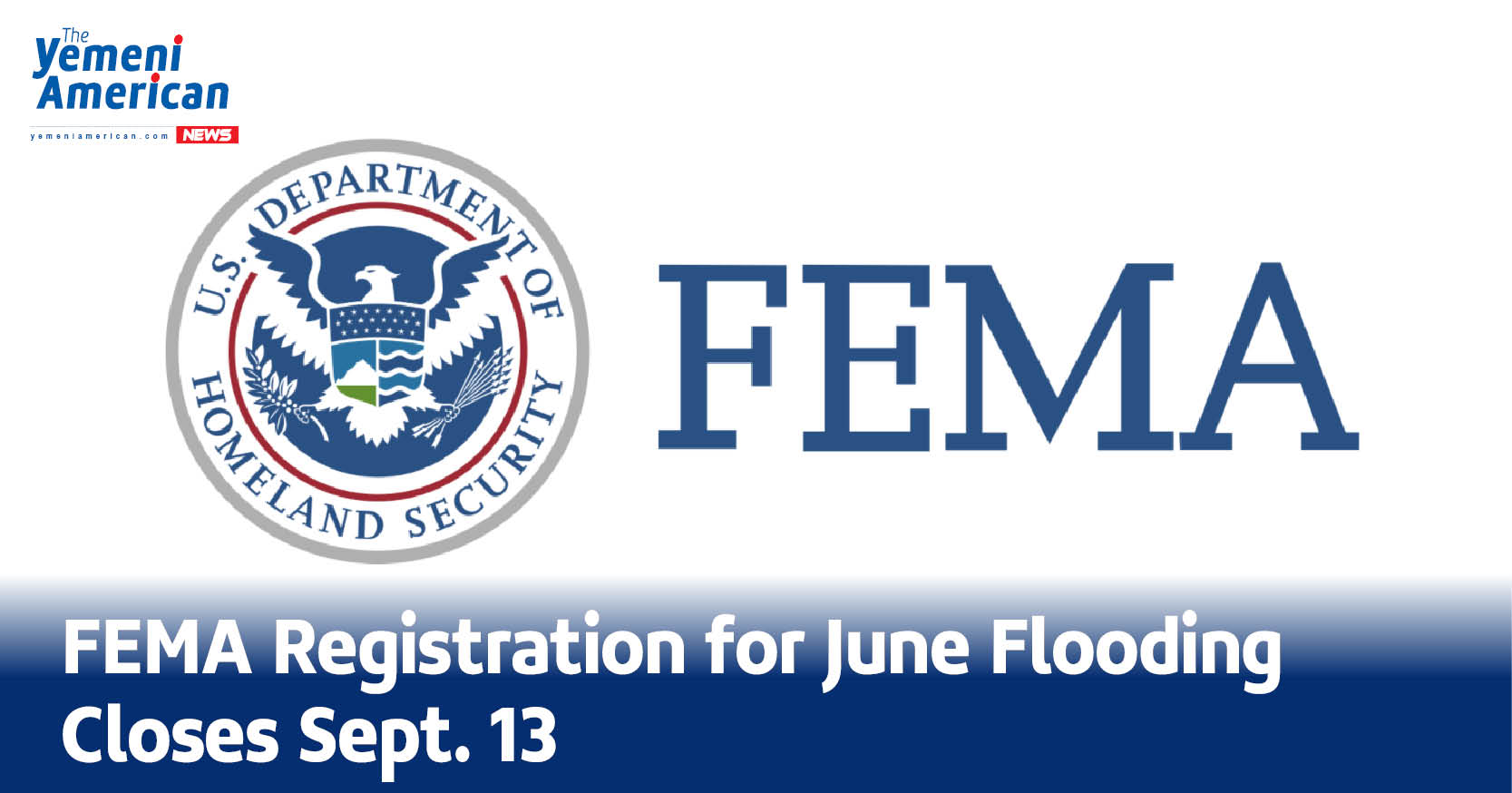 Wayne County, Mich. – The deadline to apply for disaster relief funds from the June 25 flooding event is about to close by Sept. 13 – next Monday – at midnight Eastern Time.

“FEMA assistance may include grants for temporary housing and emergency home repairs to make your home safe, accessible and secure,” reads a press release from the Federal Emergency Management Agency. “FEMA is unable to duplicate insurance payments. However, if you don’t have homeowner’s insurance or are underinsured, you may receive assistance after your insurance claims have been settled.”

For those who’ve already reported property damage to another organization, FEMA says that the damage must be reported to its organization in order to access federal funding through “grants and U.S. Small Business Administration (SBA) long-term, low-interest disaster loans.”

After the Federal Emergency Management Agency (FEMA) designation on July 15, the Agency freed funding to be made available for those who have been impacted by severe flooding during the storms of late June.

President Joseph Biden allowed the funding to be made available after Gov. Gretchen Whitmer announced a state of emergency for Wayne and Washtenaw counties.

“The president’s action makes federal funding available to affected individuals in the counties of Washtenaw and Wayne,” reads a July 15 press release. “Assistance can include grants for temporary housing and home repairs, low-cost loans to cover uninsured property loss and other programs to help individuals and business owners recover from the effects of the disaster.”

Recovery Centers have also opened to aid those in finding the right program to assist in recovery of property damage. Wayne County has three disaster recovery centers: in Detroit on Fort Street, in Dearborn and in Garden City.

After the June 25 flooding that damaged basements and flooded freeways, leaving cars waterlogged and stranded, local activists and elected officials began the process of collecting statistics on property damage. Rep. Abraham Aiyash (D – 4th Dist.) helped with the effort along with other elected officials.

“To Speed up and streamline the process, we went ahead and made a form to collect data,” Aiyash said in a Facebook post. “We will send it to each respective city administration as soon as we collect them.”

Soon after, Gov. Gretchen Whitmer announced the State of Emergency for Southeast Michigan, a necessary step for garnering FEMA funding for disaster relief.

“The state emergency operations center has been activated to coordinate our state’s response as we rush resources to affected areas, and the state of emergency response declaration will help counties access even greater assistance,” Whitmer said.

After Sept. 13, residents affected by the June 25 flooding disaster will be unable to apply for federal disaster assistance. For those who don’t have insurance or are underinsured, apply directly through fema.gov.