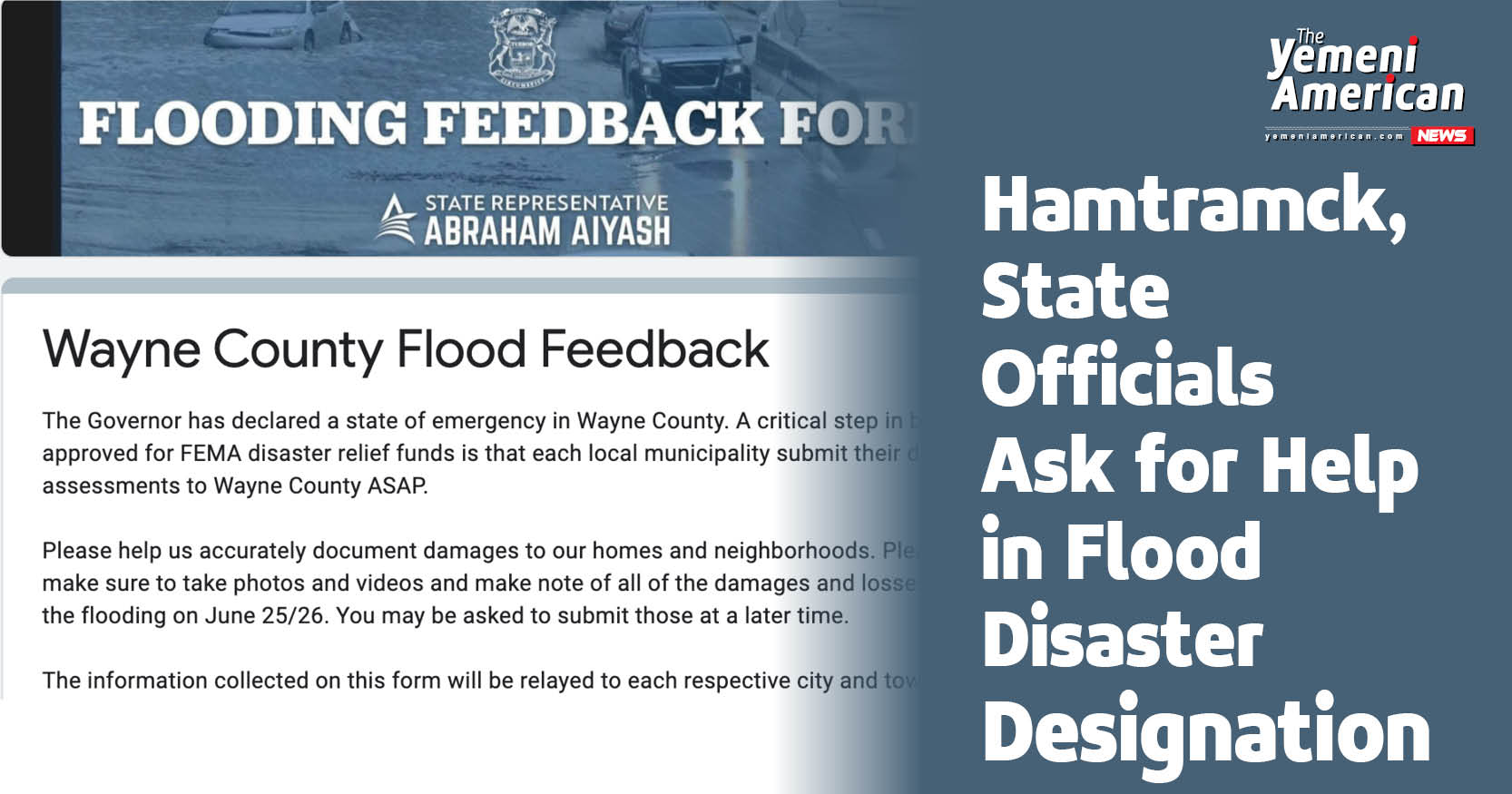 Wayne County, Mich. – Throughout Hamtramck and much of Wayne County, weekend flooding amounted to a State of Emergency with flooded homes and freeways littered with abandoned vehicles.

Thousands of basements flooded with backed-up water from an overwhelmed sewage system. In Hamtramck, the combined sewer and rainwater system backed up, flooding basements with unsanitary water.

Officials are asking that residents disinfect their basements, possibly with bleach so that the untreated water doesn’t spread any illnesses to your family. Along with cleaning the damage, State Representative Abraham Aiyash is asking that people contribute documentation of the damage to their homes.

“To speed up and streamline the process, we went ahead and made a form to collect data,” Aiyash said in a Facebook post. “We will send it to each respective city administration as soon as we collect them.”

Aiyash, and Hamtramck Mayor Karen Majewski wanted to make clear that this is not a form to receive funding through the Federal Emergency Management Agency (FEMA).

“That’s not for FEMA Funding, that is just to document and to get an idea so that we have better statistics to go to the federal government and tell them what the impact has been for Hamtramck,” Mayor Majewski said.

So far, Governor Whitmer has declared a state of emergency for Wayne County in response to the excessive flooding, paving the way for a national disaster declaration for the hardest-hit region of the state of Michigan for severe flooding.

“We are continuing to work closely with emergency response coordinators and local leaders across the state to address widespread flooding,” said Governor Gretchen Whitmer in a Press Release. “The state emergency operations center has been activated to coordinate our state’s response as we rush resources to affected areas, and the state of emergency response declaration will help counties access even greater assistance.”

Mayor Karen Majewski is asking for everyone to document the flood damage to their home. This, she says, will allow the federal government to make its decision on whether to release FEMA funding.

“For Hamtramck right now, we’re asking that you document your losses and that you hang on to that information,” Mayor Majewski said. “We’re waiting to see if President Biden declares southeast Michigan or Wayne County a disaster area. That is what will allow us to get FEMA Assistance.”