Even in a blizzard, Hamtramck helps its neighbors 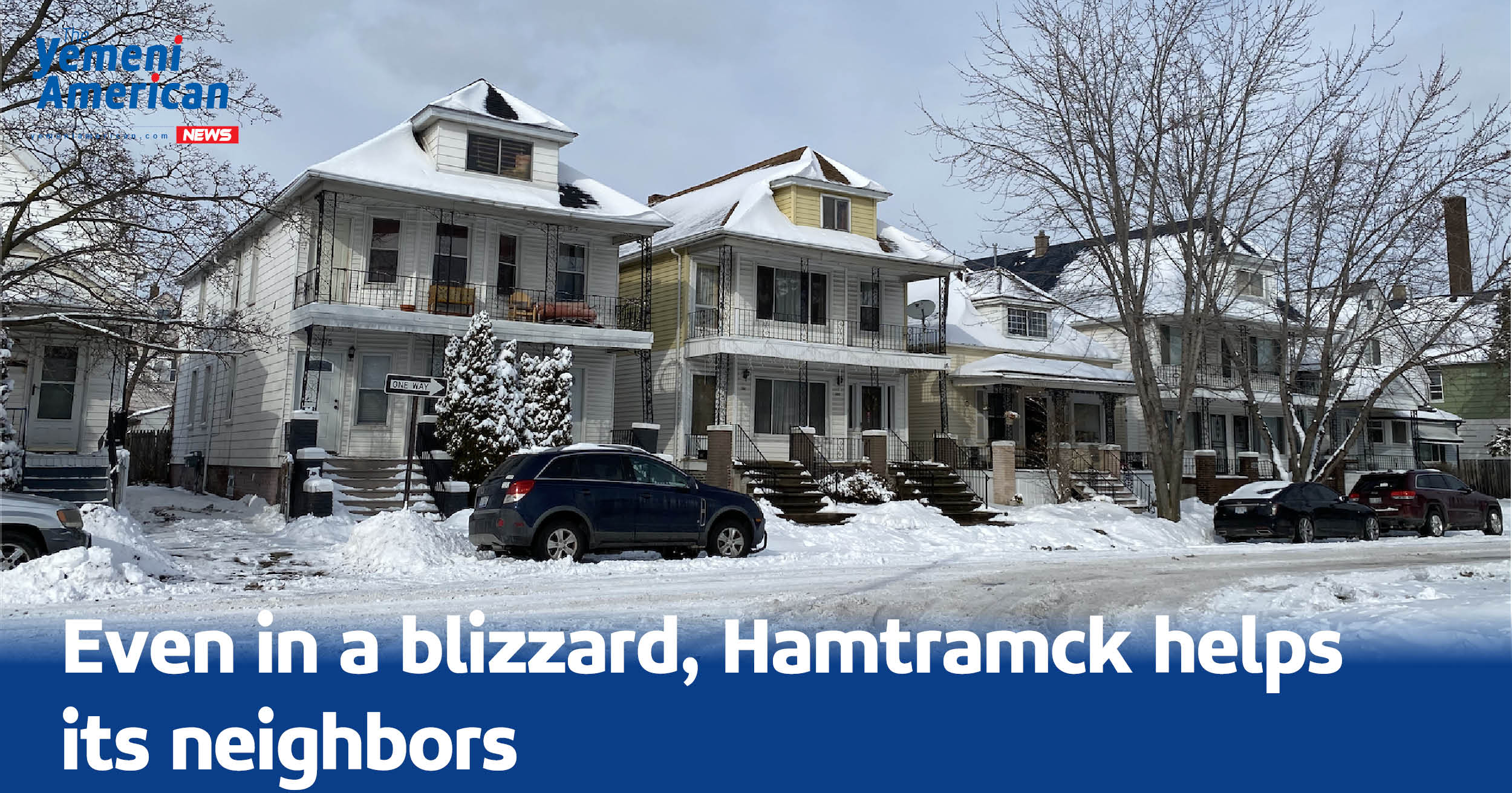 HAMTRAMCK, Mich. – Over the past two days, snow has slowly covered sidewalks and streets in the near-claustrophobic neighborhoods of the small city surrounded by Detroit. With final predictions saying that Southeast Michigan experienced between 8-12 inches of snow, life was certainly interrupted.

But while most neighbors can take to the sidewalk with their snow shovel, there’s a small population of the city who just aren’t physically able to shovel for themselves. Either because of age or ailment, the sidewalk is left un-shoveled and their own home becomes a hazard for their safety.

That’s where a group called Hamtramck Mutual Aid comes in. Along with Councilwoman Amanda Jaczkowski, Julia Robin runs a program that connects volunteers with the homes of people who can’t shovel for themselves. As part of Hamtramck Mutual Aid, this program is part of an expressed goal to encourage the sharing of resources and skills among residents in Hamtramck.

So far 19 volunteers have signed up to shovel 29 houses over this recent snow storm.

“I’m very excited by how many volunteers we’ve gotten to sign up,” Robin said. “It’s really encouraging that something like this, where folks around town can shovel one, two, sometimes three houses on their own block or within a few blocks. Everyone pitches in a little and it can make a big difference.”

The people who have been able to get their walkways shoveled have been relieved about the program. One woman in particular called Robin about not being able to make a doctor’s appointment if she couldn’t get her walkway shoveled.

“Today she called and was just so thankful and so relieved that she will be able to go to her essential doctor’s appointment,” Robin said.

This isn’t the first time that an effort like this has developed in the city. Over a decade ago, Susan Dunn-Rahdar was organizing around the Hamtramck High School Honor Society’s volunteer hours to make sure elderly people could still have their walkways shoveled.

Dunn-Rahdar says the program started after the Detroit Department of Public Works served a letter to a 96-year-old man threatening jail time for not shoveling his walkway.

“I got really upset about that,” Dunn-Rahdar said. “Because as a community, we know who our neighbors are. Even if we don’t know them, we know who’s an old man or who walks with a cane, who’s been led out of their house by an ambulance.

“So as a retired nurse and a community activist, it upset me that neighbors weren’t automatically jumping in to help out.”

At first, Dunn-Rahdar organized a group of just over ten volunteers from the local high school. The City Clerk would advertise her number for senior citizens to call if they needed help with their homes, and the students would be sent to help those who needed it. This led to what Dunn-Rahdar guesses is around 70 homes that were able to get much-needed help.

Unfortunately Susan’s program had to come to an end after her daughter became sick. Although that doesn’t mean that she wasn’t available for the next group to come along and continue the work.

Susan and Julia have been in contact about what the program can build into. Although the COVID-19 pandemic has made things difficult for restarting the program as it was under Dunn-Rahdar’s leadership, big things may still be on their way.

Julia says that neighbors helping each other is part of the DNA of Hamtramck. With that community-oriented attitude, she thinks that the city is ready for bigger things to come from a mutual aid program.

Along with this is a new time in history when government budgets are shrinking and new crises like the COVID-19 pandemic are making life more difficult for communities around the country.

“We’re in a time of converging crises, where the economy is not working for most Americans,” Robin said. “The COVID crisis has caused a lot of lives to be lost and totally upset our normal way of living… So we really are at a time when we have to rely on our communities to meet this great need.”

If you would like to get involved with Hamtramck Mutual Aid, or are in need of assistance, feel free to contact the group at (313) 217-1442 or HamtramckMA@protonmail.com