Detroit’s striking coffee workers can’t have their union… yet 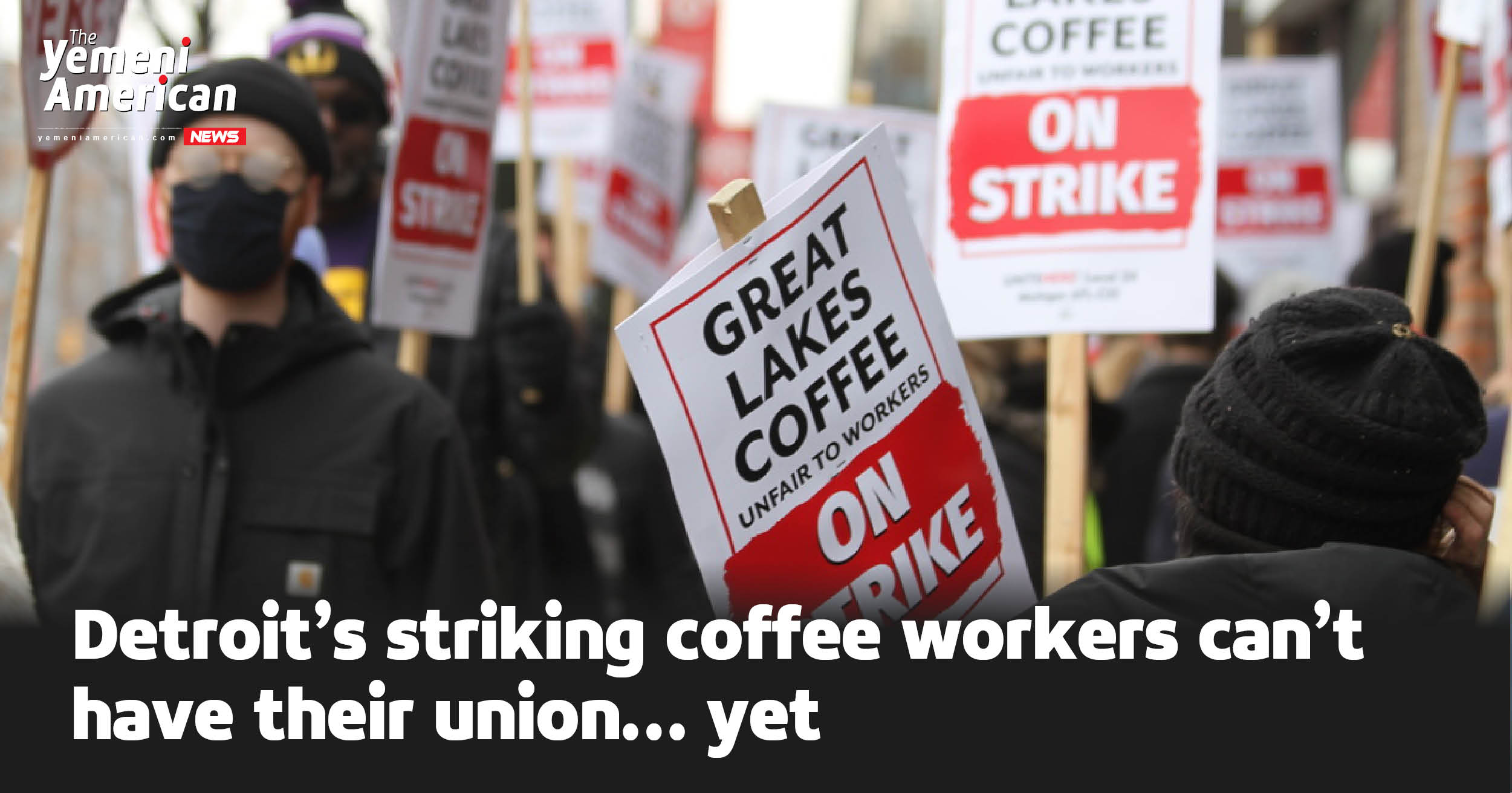 Detroit, Mich. – Over the past month, baristas at one of Detroit’s most popular coffee shops were striking for recognition of their union. The striking baristas stood in cold, March temperatures, hoping to improve working conditions for themselves and their coworkers. Their goal was for management to recognize their union as a collective bargaining unit for pay and improved working conditions. However that effort hasn’t ended in their favor right away.

Even though Great Lakes Coffee Roasting Company’s owners Greg and Lisa Miracle declined the recognition, there’s still an open process for the formation of a union at the midtown location. As one strike member explained, the union – formed under the broader Unite Here Local 24 – can still hold an election for recognition.

An election for recognition is a vote to form the union. Although no election date is set aside yet, the workers involved with the strike are still picketing other Great Lakes Coffee locations around Metro Detroit.

What Sparked a Union?

Lex Blom has been working with Great Lakes Coffee for the past four years off and on as a barista and cook. She and a few other organizers at Great Lakes says it was the pandemic that made working conditions more difficult for the people on the other side of the cash register.

“When adjusting to try and get through the pandemic, working in food service, it’s been fairly difficult that the company hasn’t had any clear, laid out, strict-and-followed protocol for COVID,” Blom said. “At this point, it’s one of the things we’re asking to try and institute.”

Members of the strike say that the lack of COVID protocol left as many as nine of the 15 workers at the midtown location to contract COVID-19 all at once.

“It got to the point that we had to accept that the management didn’t want to be communicating with us about the situation,” Blom said. “It seems like they were hoping it would just dissipate. And in order to build up that communication, we decided we really have to get their attention.”

In the inaugural rally in front of Great Lakes Coffee’s midtown location, union officials and elected officials expressed their support for the yet-to-be-recognized collective bargaining unit. People as high in the US Labor Movement as Cindy Estrada, the first woman and Latinx person to lead the UAW’s General Motors Division, spoke highly of the budding union.

Congresswoman Rashida Tlaib, who has been an outspoken supporter of unions and collective bargaining efforts, also spoke on the importance on forming unions in the service industry.

What’s at Stake for the Attempted Union?

In a study published by the Center for Economic and Policy Research – a progressive thinktank centered in Washington D.C. – researcher John Schmitt wrote about the material benefits of organizing a union for service sector workers.

As of 2009, service sector jobs accounted for three quarters of all jobs in the United States. And for researchers like Schmitt, there’s proof for serious benefits to unionizing.

“The data suggests that even after controlling for systemic differences between union and non-union workers, union representation substantially improves the pay and benefits received in the service sector.”

However, there is serious risks involved with unionization attempts. At Ann Arbor-based Mighty Good Coffee, workers organized a union drive in August of 2018. The members of the union – who were mainly composed of coffee servers – were collectively laid off the following year.

In a letter directed to the Mighty Good Coffee union workers, the owners of the coffee chain said there was “an unworkable burden on [the owners’] relationship and their family.” This lead to the closure of the four cafes where baristas organized the union to be closed down.

With these risks, organizers with Great Lakes Coffee still seem to look toward what they see as a better future for themselves and their fellow workers.

“I believe that seeking unionization, aside from just being good for Great Lakes, is going to be better for the coffee industry in Detroit at large,” Blom said. “Once we have set this in motion… I think this could be the start of something big.”