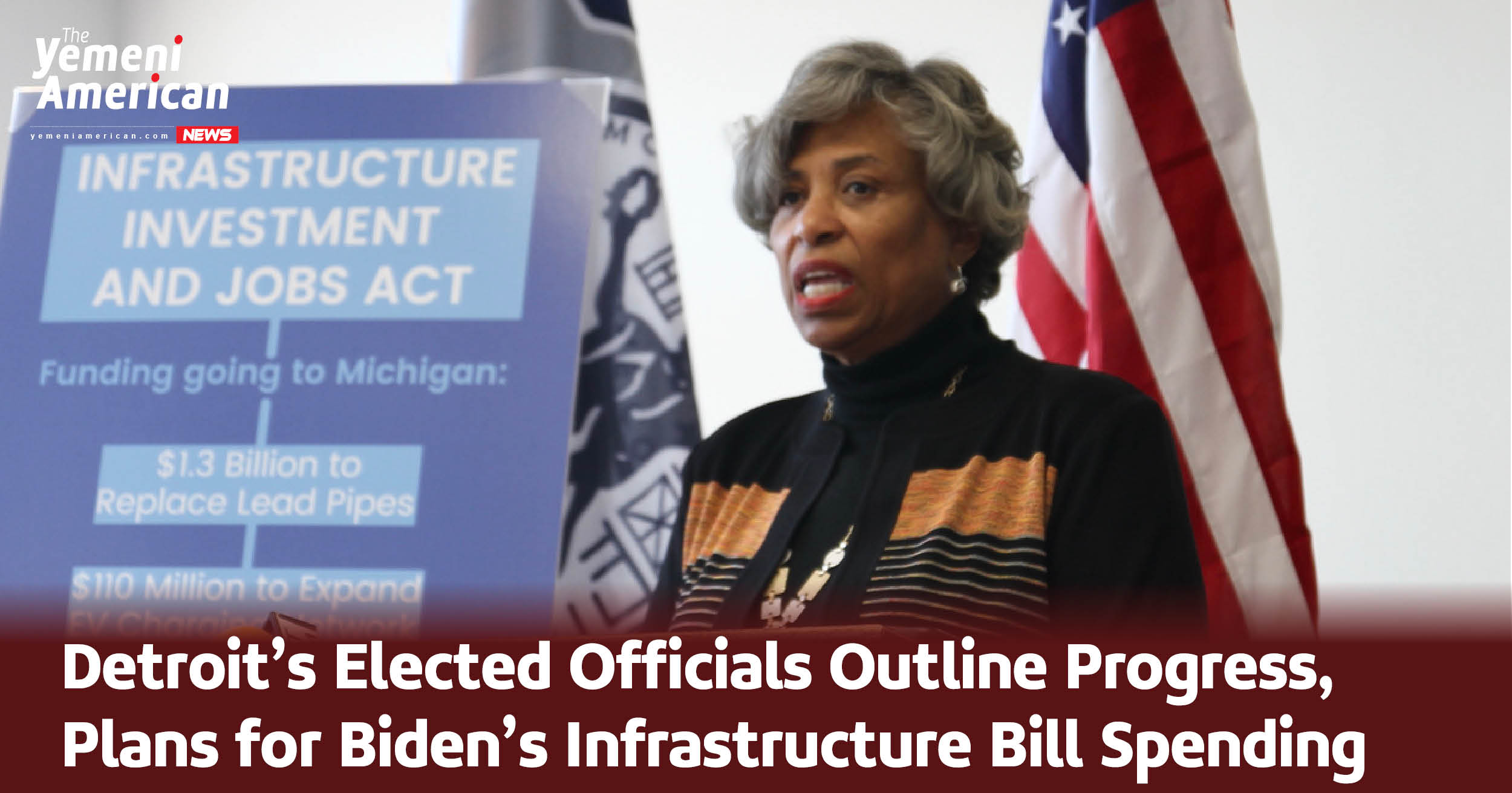 “Last week, the President of the United States signed the bipartisan infrastructure deal into law,” said Congresswoman Lawrence. “It’s an historic investment of more than $1 trillion in our nation’s roads, bridges and water infrastructure, and I chose today, to be here in Hamtramck to talk about this investment.”

The bill was signed into law last week. Meant to address a broad range of infrastructure needs including improving railways and broadband data access, the spending could change the infrastructure landscape for Americans.

Michigan stands to gain a lot from this spending, with a price tag of addressing the state’s aging lead service line estimated at $1 billion by congresswoman Lawrence. But for the representatives present today, the focus was providing prevailing-wage jobs and job training for the skilled tradespeople who will be doing the bulk of the work.

“I know another thing that you need to know about is that when we said we’re investing these trillions of dollars in infrastructure, those are creating jobs,” Lawrence said. “That is a creation of jobs.”

In order to do a bulk of the work necessary to expand and update the country’s infrastructure, representatives enumerated the need for skilled tradespeople and job training for learning the trades. Lawrence called on trade unions to expand their recruiting efforts, while State Representative Abraham Aiyash talked about new opportunities presented by Biden’s signing this bill.

“We are seeing an injection of investment here in Detroit, the Michigan region of carpenters and millwrights are set to open up a new facility, a massive facility, to train folks in Detroit and Hamtramck and beyond to ensure that when the jobs become shovel ready, we have folks ready to actually pick up those shovels and do that work,” Aiyash said.

Representatives seemed to have an eye for the development of the Build Back Better Act that’s set to be voted on by the US Senate, after being passed by the House of Representatives. As Michigan State Senator Adam Hollier pointed out, the issue of social spending and infrastructure are intimately connected.

“Now, I am incredibly grateful that we have a congresswoman like the one that we do on appropriations, who was bringing the money home to fix the built infrastructure,” Senator Hollier said. “But the second piece is making sure the parents have the support that they need, so that when they do have an issue, they can follow up.”

The social spending outlined in Biden’s Build Back Better Act would provide funding to get more children and pregnant women enrolled in healthcare coverage, among other opportunities for families to better participate in the economy.

This spending is expecting to begin taking shape in the beginning of next year. The representatives explained that the projects that take priority will be determined on the local level. Money will be directly allocated to larger cities like Detroit. While county and state-level decision making will determine spending through a partnership with municipalities.