Dearborn’s Board of Education may struggle to fill two seats if no one files to run. 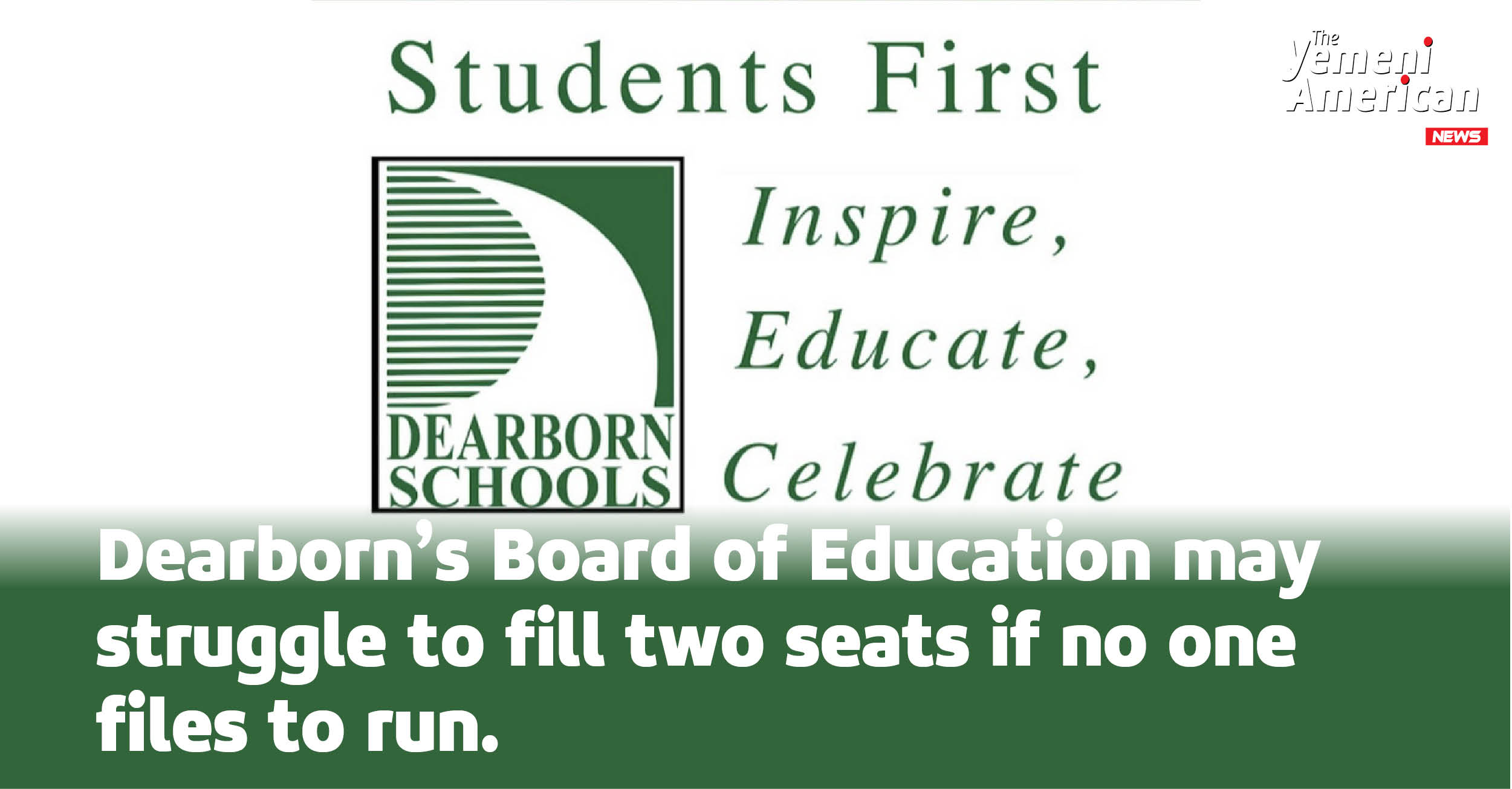 Dearborn, Mich. – Looking at Wayne County’s campaign finance website, it’s apparent that two seats for Dearborn’s Board of Education could possibly not be filled. With less than three weeks before the filing deadline, there hasn’t been a single candidate who’s put their name on the ballot for those two seats.

There are a few reasons for that, explains Dearborn City Clerk George Darany. First, it’s a very demanding position, only without the pay and prestige that comes with other elected offices.

“It’s a demanding position to have to be a school board member or trustee,” Darany told the Yemeni American News. “…It seems like everybody’s just busy doing other things and, to commit to that kind of position is just a big commitment.”

The term length is also one-and-a-half times that of a state representative – six years. For this election, the city is hoping to fill the two seats that are up for election until December of 2028, with the term beginning in January of 2023.

Along with the challenge of the position, Darany says that there’s always a late start for the Board of Education campaigns. Unlike congress or senate, the hyperlocal offices just don’t get as much attention, allowing candidates to wait longer to begin their campaigns.

“It’s typical that people wait to the last minute,” Darany said. “I remember for the last school board race, I think there was 10 people in my office at 3:00 signing up an hour before the deadline.”

Dearborn’s City Clerk said he’s hoping people come in earlier than the hour before for this year’s school board race.

Still, there is reason to worry that there may not be a selection of candidates for the seat. Darany says he’s talked to the incumbents for the two seats – Hussein Berry and Pat D’Ambrosio – and they’ve mentioned that they may be running for re-election. “But I haven’t seen those petitions yet,” Darany said.

The Dearborn City Clerk’s Office has prepared informational packets for candidates running for office. In past elections, they’ve been a popular way of understanding the candidacy process. But Darany says he’s even struggling to give these away.

“Last time we gave away 10 to 15 information packets that were gone really fast,” Darany said. “Now we made 10 packets this year and we’re still sitting on eight of them. No one’s even come in to bother to get the packet of information to learn how to run for the school board.”

For those interested in running for Dearborn Public Schools’ Board of Education, the deadline is July 26, at 4pm.

“To be eligible to run, a person must be at least 18 years of age, a United States citizen, and live within the Dearborn Public School district,” reads a press release from Dearborn Public Schools. “The district includes almost all of Dearborn and a small section of Dearborn Heights. A person is not eligible for election if they have been convicted of certain felonies in the last 20 years.”

“The required filing paperwork includes a School Board Candidate Affidavit, and a nominating petition with at least 40 signatures but not more than 100,” reads the press release. “A candidate can pay $100 instead of collecting signatures. A Notary will be available at the office to notarize the affidavit.”

Anyone interested in applying could have an early start to their campaign for a seat on the Dearborn Public Schools Board of Education. However, the position is complex, with a number of institutions and stakeholders overseen by the body of elected board members.

“Dearborn School Trustees oversee both Dearborn Public Schools and Henry Ford College,” reads the press release. “They are responsible for the budget of both institutions and hiring, overseeing and evaluating the superintendent and college president. Trustees are not involved directly in the day-to-day operations in the district.”

The Dearborn City Clerk’s Office is located at 16901 Michigan Avenue. It’s open from 8am to 5pm, Monday through Friday, with staff who can answer any questions about filing to be a candidate for local office.