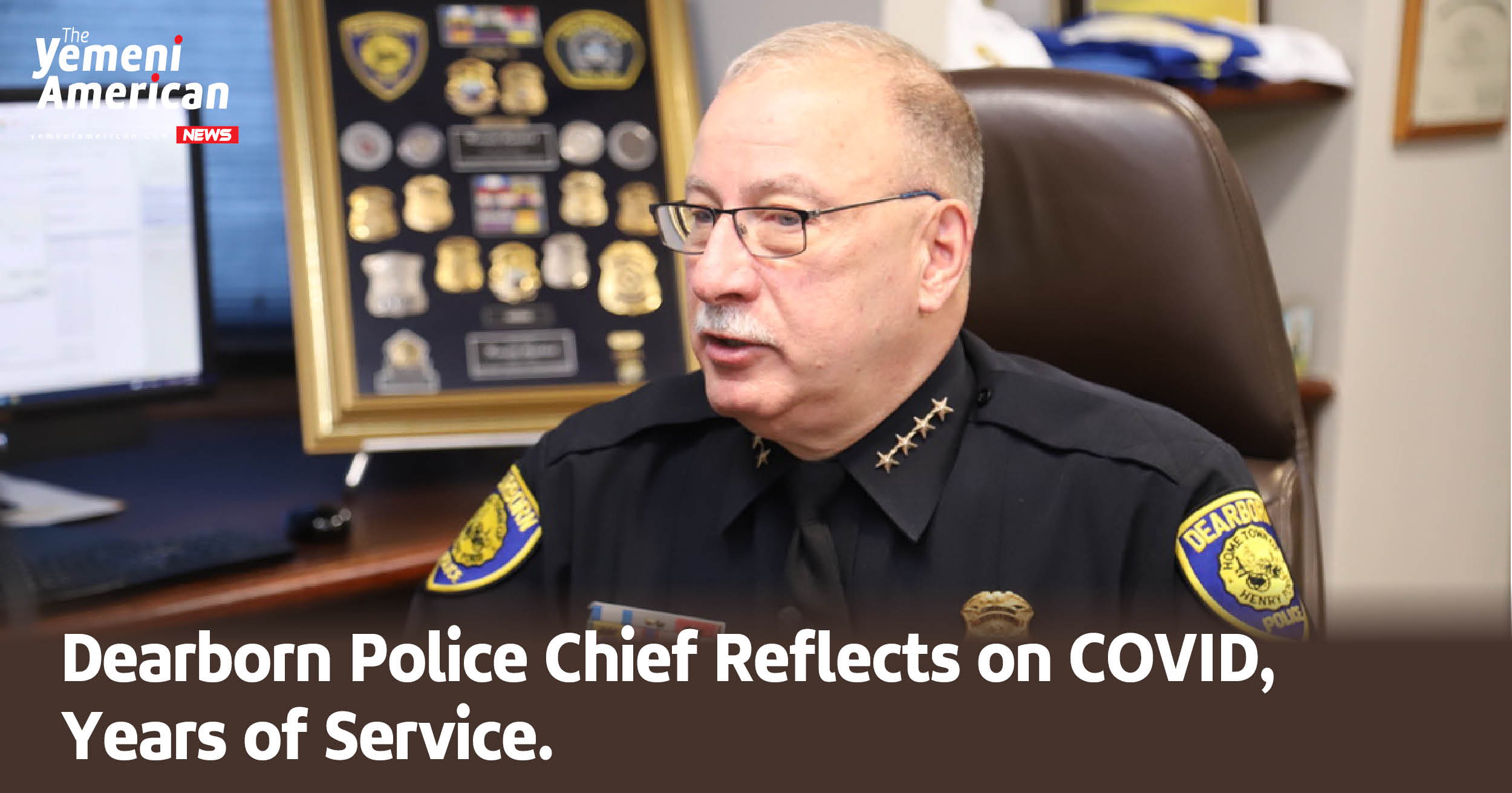 Dearborn, Mich. – Police Chief Ronald Haddad has served the City of Dearborn for the past 15 years. As police chief, he’s spearheaded many efforts meant to produce a more equitable system of keeping residents safe and secure.

However as far as challenges come, Chief Haddad reflected on one of the biggest of his career – the COVID-19 pandemic. In the years of Michigan’s grapple with the disease, Dearborn Police needed to reorient their efforts for keeping the city’s residents safe and healthy.

These efforts involved more than just ‘Law and Order’ policing. As Chief Haddad explains, the shift took a flexible approach to the unpredictable challenges brought on by the pandemic.

“We definitely changed our methods of operation intentionally, because it was required,” Chief Haddad said. “But it’s all in line with keeping the community safe. You can’t keep people safe if you can’t keep them healthy. If you don’t get food in an orderly manner. A pandemic, by description, is a very unpredictable thing… So we had to just protect our communities as best we could.”

Make no mistake, the challenges of policing in Dearborn didn’t start at the COVID-19 pandemic. For decades, Chief Haddad says, the role of a police department has been evolving rapidly. Just before the pandemic, the Opioid Epidemic raged throughout the country and created an increasing dependency on illicit drugs.

Even with all the complications involved with the illicit opioid trade, the country is still responding to changes made after 9/11. A single day that changed law enforcement forever, the attack on the World Trade Center created a period of hypervigilance that oftentimes targeted Arab Americans and created a new era of surveillance and security.

“Certainly 9/11 and post-9/11 was a very challenging time,” Chief Haddad said. “We had to evolve as to what’s the best way to protect the country one block at a time. And there was always a reevaluation on what’s best. Anybody with a camera back then taking pictures of critical infrastructure could be on a school project, but bells went off. We had to really investigate that and it wasn’t often pretty.”

Despite the national outcry, Dearborn was at the forefront of equitable change in the post-9/11 period. Under Chief Haddad’s leadership a few years later, the Dearborn response to this law enforcement crisis involved an attitude of inclusion for the Arab American and Muslim American community members of the city.

Recently, Chief Haddad was honored for his role in leading that equitable change. At the National Law Enforcement Museum in Washington D.C., the Dearborn Police Chief is prominently represented for his and others’ efforts to protect the Arab American community. During a time of unprecedented anti-Arab and anti-Muslim bigotry, the years since 9/11 have been marked with a closer relationship for Dearborn and law enforcement.

New challenges for law enforcement have created a new critique for policing as an institution. During the height of the George Floyd Protests, law enforcement suffered from the unrest that resulted from the actions of policing itself. In the years ahead, policing will most likely need to take a community-oriented role, instead of an adversarial one.

“[George Floyd] unified the nation and I think that was a saving grace,” Chief Haddad said. “…That action in Minneapolis was so egregious to everyone that we kind of united around that cause. I would say the country was ripe for some demonstration, some rebellion. And in a sad way, George Floyd united the country and I think saved the country.”

But one of the most important additions during the time of Haddad was a push for a police department that was truly representative of the Dearborn community. Now, community members can see police officers often wearing Hijabs, working side-by-side with people of color, and even intervening in situations that require of it. Chief Haddad is firm in his efforts to continue this push.

“We have opened up our doors to the community that we represent,” Chief Haddad said. “And I’m firm in my belief that the more our police department looks like the community we serve, the more trust we can develop within our community.”

As the future of law enforcement continues to change and respond to the demands of a dynamic country, Dearborn Police will continue to need a dynamic approach. If there’s anything we’ve learned over the past two years of pandemics, uprisings and demonstrations, the world will only demand more of its institutions.