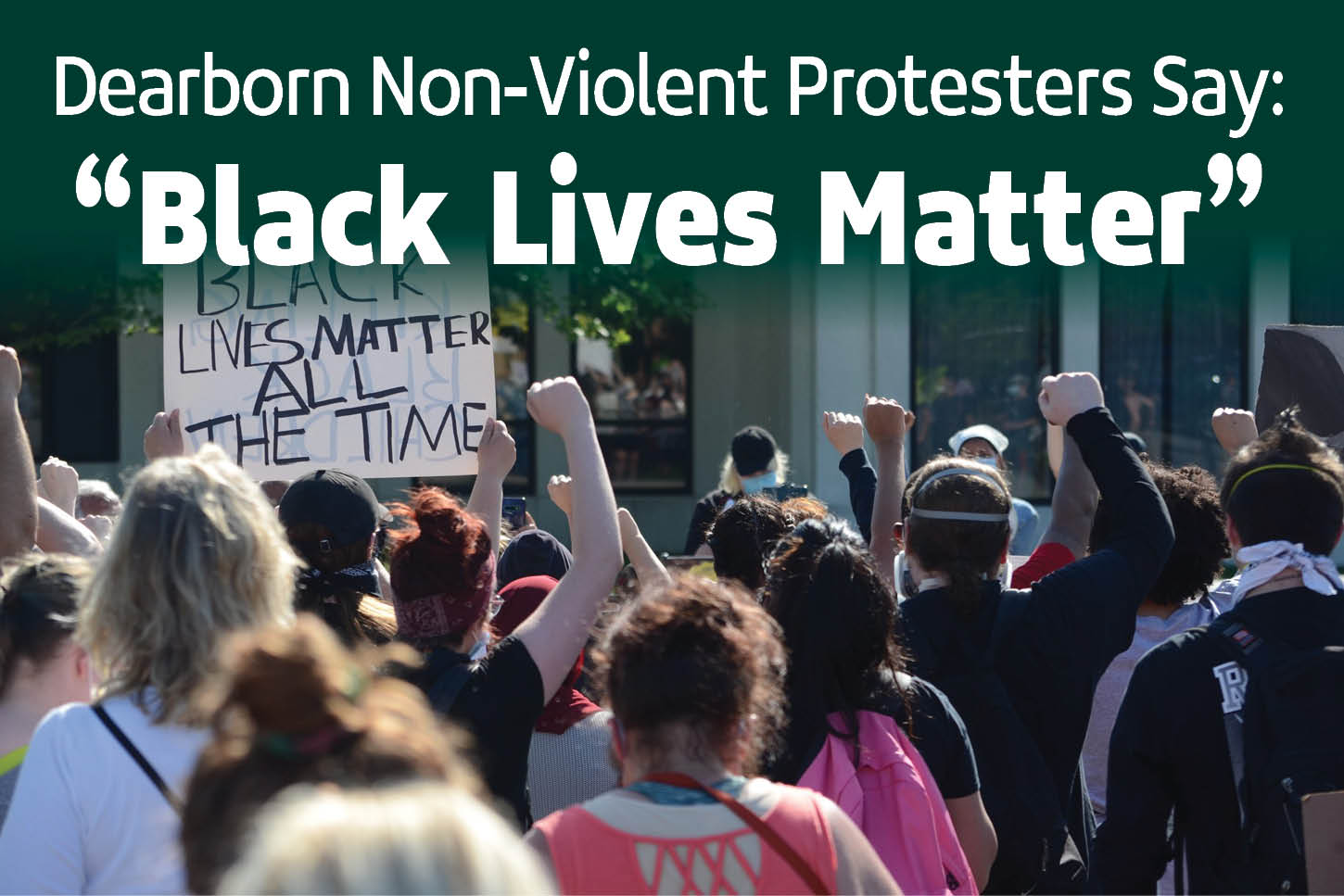 DEARBORN, Mich. — The searing June sun blazed down upon Michigan Avenue as a  throng of about 150 non-violent protestors gathered outside the police station in Dearborn, Mich. today to speak out against police brutality and the dangerous conditions many African Americans live under in the United States.

The protesters were calling for an end to police brutality in the wake of George Floyd’s murder at the hands of Minneapolis police. Many of the protesters said they felt that history was an important part of why they showed up in Dearborn today.

“Dearborn is, historically, considered a very racist place, especially considering Orville Hubbard,” said Sarah Lefranc, one of the protest organizers and a graduate of Edsel Ford High School, who went through their Social Justice program. 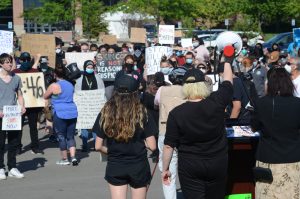 Lefranc said the death of George Floyd moved her to act because, “It was murder.” She also said she had a special duty to speak up as a white person, “It has been 400 years of oppression and systematic racism and we’re sorry.”

Other organizers also said they felt moral outrage witnessing the video of George Floyd’s murder at the hands of Minneapolis police.

Elena Calderon, another organizer for the protest, said, “That video brought tears to my eyes. It’s a hard video to watch.” 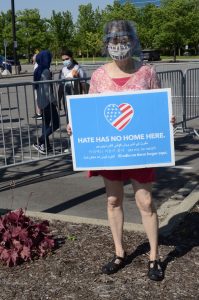 Carolyn Haury stands with her sign at the protest.

Carolyn Haury, a parishioner from St Paul Lutheran Church said she came to support the young people who organized the event. Haury said she has a compromised immune system, but wore a mask and a face shield and came out despite Coronavirus concerns because she felt it was that important to support young people making a stand for what they believe in.

The pastor of St Paul Lutheran Church in Dearborn, Colleen Nieman, read the invocation for the event and also advocated for racial and social justice.

One of the protesters who went up to speak at the microphone said she feels the issue is about ensuring the world is safe for African Americans like herself, “This is about our lives!” 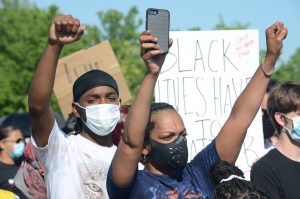 Another African American man, DeSean Whipple, went to the microphone and said that he had heard about the racist history of Dearborn, but felt strongly that this protest was a sign of inclusion for him.

Whipple’s hand rose in the air and he was matched with raised fists and the hopeful chanting of the diverse crowd.