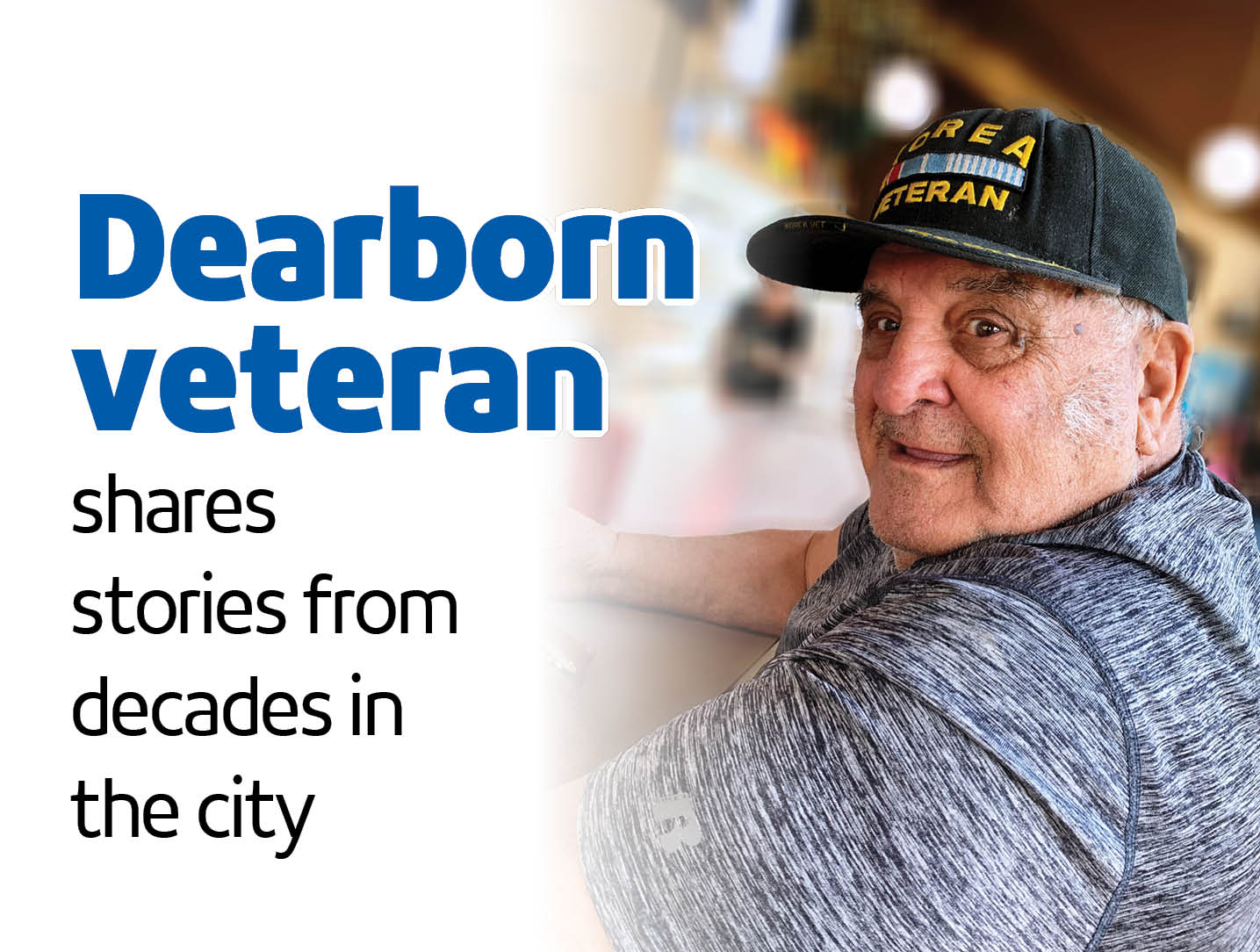 Tony Auvia is an 87 year old man who has been living in East Dearborn for the last 67 years. A Korean War veteran, he moved to Dearborn when he was 20 years old, in 1952, because one of his war buddies lived here. He worked at the steel mill for 32 years and is now retired. He has a wife and his two daughters also live in Michigan. Tony came to Dearborn for friendship and he found a community – a community that’s changed a lot over the years. We sat down with Tony and talked to him about Dearborn, then and today, and what this man on the street thinks about the big changes in East Dearborn.

YAN: What’s the biggest difference between when you moved to Dearborn and now?

YAN: What would you like to see more of in East Dearborn?

“I’d just like to see – you know, I’m not saying nothing, but – people taking care of their property, their weeds. It gets pretty bad now, you know? Back in them days that kind of problem was less of an issue with Mayor Hubbard. They’ve got lots of nice palaces and homes, but the grass dies – and you gotta take care of your grass, you know? And I’ve told the city hall, and they say, “Well, I’ll go check,” but – you know how it is.”
Tony shrugged.

YAN: You live right near the Mosque. When the mosque went up, what changed? What’s different now?

“It improved it, the look and everything. When a house goes for sale, now, people buy it! Kids go to Fordson, we’ve got good schools, we’re close to everything. People ask me if I wanted to come down for lunch [at the mosque] and during Ramadan [for iftar]. They’re good.”

YAN: Did your property values go up?

“Yeah, way up. I’ve got people everyday asking if I want to sell, and I say, “Hey, I ain’t going nowhere. When I die, maybe, but not before that.”

YAN: Do you think the Arab American community has done anything for Dearborn?

“Oh, yeah! They’re the ones who built it back up! Who brought it out of the recession.”

YAN: What about the market? What’s the best market?

“We go to Meijer. We go to Greenland. I used to go to La Shish in the old days, too. They’ve got good stuff – good quality, you know?”

YAN: Public Safety. Have you ever had an issue?

“The safety issue is nice, but a lot of people don’t watch their kids, and that’s why they’ve had those accidents. People aren’t watching their kids. I’ve lived in the city for 47 or 67 years. I’ve seen some bad incidents. About 3 or 4 years ago someone broke into my home, and stole my wife’s jewelry, but that’s the only time something like that’s happened. But it ain’t all like that, you know?

Across the street from me is this young guy, Arabic guy, he’s Yemeni, and he’s got 3 kids. Every time he comes home from work, before he goes in the house, he walks across the street and checks on me and my wife. The day that I got robbed, a lot of the Arabic people wanted to give us money, and even asked if they could give my wife jewelry. I was surprised.”

YAN: Do you think if you have a chance to leave, would you like to leave, or do you want to stay?