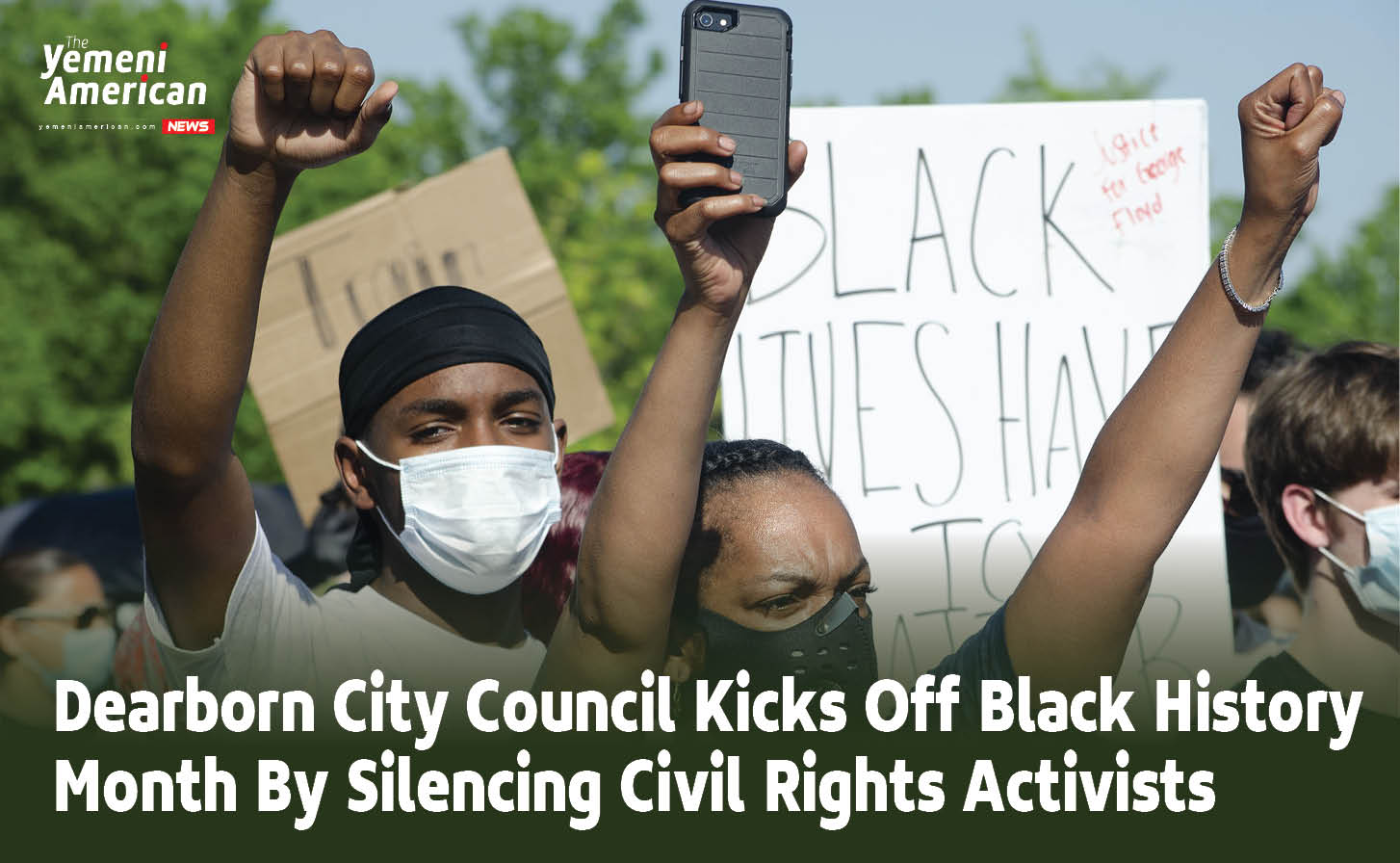 DEARBORN, Mich. – As many city councils across the state commemorated Black History month, the Dearborn City Council made a point to decide that local civil rights activists are no longer welcome to offer spoken commentary on non-agenda items during council meetings.

The racial imbroglio started just after the council rushed through their 15 agenda items at their first council meeting of February. The first non-agenda related comment came from Councilwoman Leslie Herrick, who made a statement recognizing February as black history month.

“As we in America celebrate black history month, I’d like to acknowledge and support Governor Whitmer’s push for us to examine this history,” said Herrick.

Speaking directly after Herrick, Councilman David Bazzy started off an anti-Black Lives Matters rant by discussing his ethnic heritage coming from Syria, his family history and then attacking “media reports” and “a recent article.” Bazzy seemed to be referencing an article by the Dearborn Times Herald, in which several councilpersons were quoted complaining about the length of time they spend listening to civil rights activists advocating for racial justice and reforming the police department during each meeting’s public comments section.

“Recently, the city council and city of Dearborn has come under attack due to rules of public order,” said Bazzy. “There is a misunderstanding from the public on what a city council meeting is. The state may create reasonable restrictions on speech as long as it doesn’t restrict expression from a person’s views.”

Bazzy then went on at length about why he disagrees with the Black Lives Matters agenda and their views.

“Reducing policing and changing policing tactics have been an abject failure across the United States. This presumption that the Dearborn Police Force and the 180 police officers are racist is dangerous,” said Bazzy.

Bazzy cited a portion of the city code to assert that the city council had no power to restrict or reduce the number of police officers in Dearborn. The Dearborn City Council drafts and approves the public safety budget each fiscal year.

Bazzy’s comments were followed by Council President Susan Dabaja, who defended Bazzy’s position that the public comments section of the city council meeting needed to be streamlined.

“On Thursday, we were discussing things to improve the efficiency and accountability to our meetings. This body has never censored anyone,” said Dabaja. “The only time I think we’ve ever muted anyone is if there were personal attacks, or profanity, or slanderous statements being made.”

Dabaja has frequently muted or cut off activists who referred to specific Dearborn police officers as “murderers” for killing an unarmed black person, claiming that those citizen comments amounted to slander. Dabaja said she has been listening, though.

“This council has listened and sat patiently and heard many public comments in this meeting. We’ve taken up many issues that wouldn’t traditionally be a part of our role. We took an active role in reaching out to the administration to voice the concerns being brought by members of the public,” said Dabaja. “We’ve given this group deference that other members of the public have not had. I am required to enforce our rules of order. For those who are taking a section or a snippet of a statement out of context, and not take into account my statements that I want people to be able to address this body – We’re also running this meeting in an efficient manner.”

After nearly 40 minutes of councilmembers speaking on the issue, explaining why they felt it was justified to force local activists to submit their comments in writing, or to only be represented by a single speaker during public comments to council, the meeting was turned over for public commentary.

Members of the local Black Lives Matter activist group, Accountability for Dearborn, fired back. The public comments took about as much time as when councilmembers spoke about their own priorities.

“I understand city councilmembers are tired of hearing us talk about racism, and we are tired of talking,” said Alice Hogan, a Dearborn resident. “Every time before we speak, you’ve decided we have nothing of value to say. It seems you have just decided for yourselves unquestioning loyalty to the police department is the only moral position.”

“You can’t just do nothing after hearing people time and again and expect them to always be nice,” said local activist Alexandria Hughes, who identified as a black woman. “When you don’t answer emails, or calls – and people have called in and been respectful… I just hope you make some change in terms of making things better specifically for black people.”

Beth Bailey, another activist, specifically criticized the council’s lack of creativity in trying to shut down the amount of input from activists, pointing to other municipalities who expanded citizen input to allow citizens to add items to the agenda.

“We can look at other communities that have employed common sense to deal with these issues. Southfield has ways for citizens to put items directly on the agenda,” said Bailey. “We see the lack of creativity reflected in a budget that prioritizes punitive responses to public safety.”

Gina Goldtrain, another activist, said she was offended by some of the comments by councilmembers, who she viewed as employing double standards.

“It’s very hard to hear councilmembers, and I’m specifically addressing you Mrs. Dabaja – saying you’re approaching this from love and care as if we’re not doing the same,” said Goldtrain. “Councilman Bazzy ran off a statistic about how many officers have been killed – and it was so insensitive. Police Officers have been killing black men at such a high rate. One statistic that I can rattle off, is that in 2018 police killings were the leading cause of death for [young] black men. One in one thousand.”

Bazzy had earlier attempted, during the meeting, to claim that the disproportionate number of police arrests and citations of black persons in Dearborn was due to a large number of black people spending time in the city. Dearborn’s resident population is less than five percent black.

The only resident who spoke in favor of the council’s actions toward local activists was Nadine Dabaja, who said, “I’d like to express my appreciation that council has taken these attacks with class and allowed us to raise our comments with grace.”

Priscilla Jenkins, another Dearborn resident, pointed out the irony in the fact that two councilmembers, Leslie Herrick and Erin Byrnes, spent their time attempting to celebrate black history month, while the others spent their time trying to restrict the speech of civil rights activists.

“It’s a little jarring to hear this council recognizing black history month, while trying to cancel black speech,” said Jenkins. “As a teacher I understand what being a civil servant means. If you don’t like the salary – resign. You are not some immutable force. You have authority to change things. Don’t pretend to listen: Do something!”