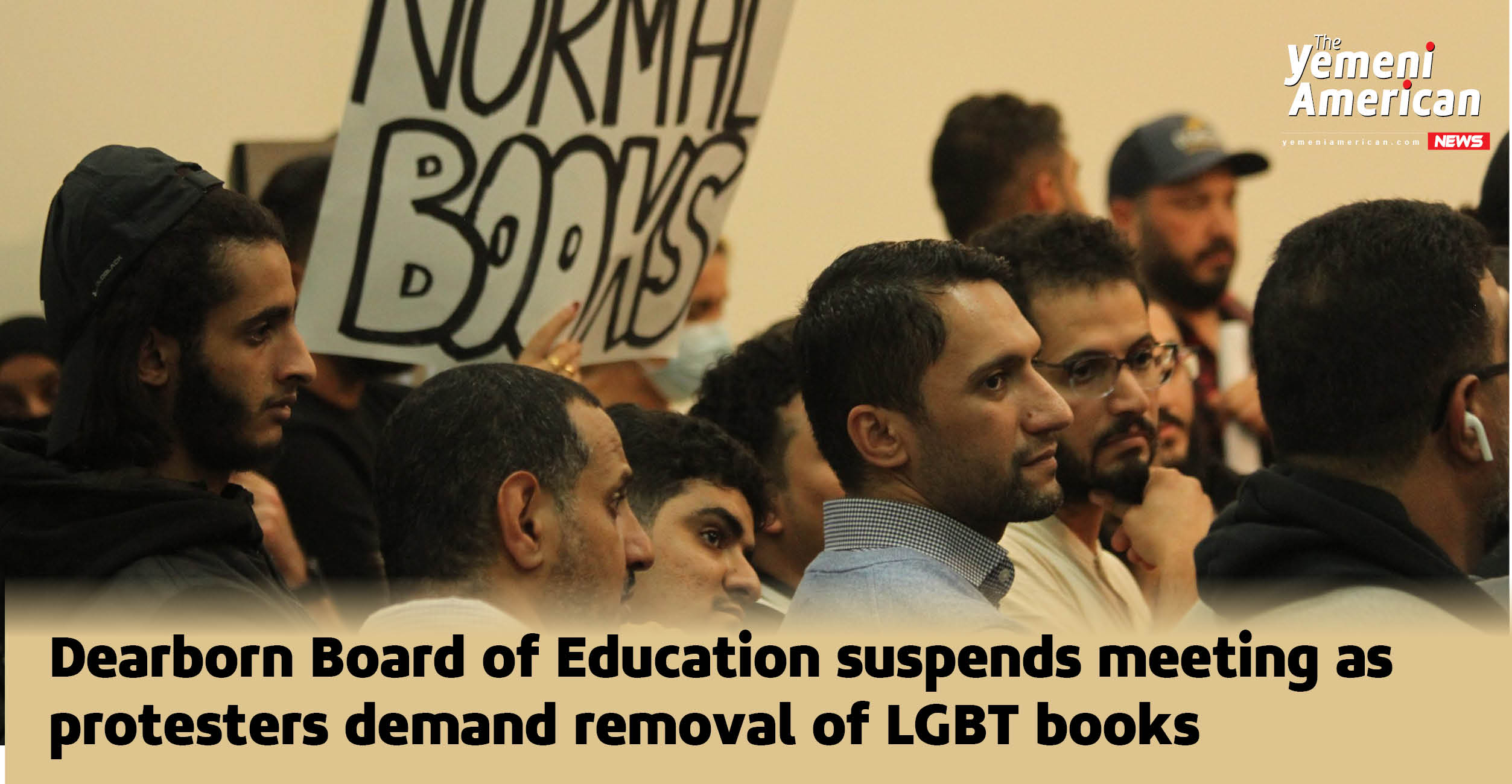 Dearborn, Mich. – In the wake of calls to ban a series of titles that deal with LGBT+ and Women’s themes, administrators at Dearborn Public Schools have updated their book review process, as well as offering parents the chance to refuse certain titles for their children.

However protesters at the Oct. 10 Dearborn Board of Education meeting made it clear that this is not what they want.

In a press release from Oct. 5, Dearborn Public Schools announced a number of new mechanisms for parents to address grievances against certain library materials. One of which includes a process for an item to be removed from the shelves.

The district itself is trying to allow for a stance that would preserve individual freedoms in what books should be available for children. Outlining the parent opt-out process – in which a parent can request that their child be refused the opportunity to check out a book at their parents’ request – the district hoped this would allow for both sides to feel represented.

“Each parent or guardian has the right to determine the appropriateness of library resources for their children and should afford the same right to other families,” says the district.

The district says that six books are already under review using a more robust process for reviewing library materials. The books will be reviewed based on the book’s recommended reading level and reviews from a number of trusted organizations including Kirkus and Publisher’s weekly, among other organizations. A group of at least five media specialists will then make a determination on whether the book should remain in Dearborn Public School libraries.

“Six books that were already submitted to the district for a book challenge will be the first to go through the initial review process,” reads the press release from DPS. “Depending on the outcome of that review, the parent who raised the concerns could then ask for a Book Reconsideration.”

Before the meeting was suspended as a result of fire code violations, multiple board members expressed their support of how the school district has been handling this issue, while accusing some members of the public of creating a hostile environment for educators.

“I support the administration in categorizing library materials and making them appropriate for our students,” said Adel Mozip, a Dearborn School Board Member. “However, during all of these conversations, our librarians and educators have been attacked by SOME members of the public and labeled as ‘sexual predators’ and ‘groomers.’ This is insulting and disrespectful, and libel. This serious accusation undermines our educators and librarians who have given their careers to educating us and our children.” 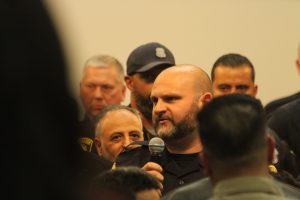 Dearborn Police Chief Issa Shahin tells the crowd of protesters that the meeting has been suspended. Shahin pleaded for order from the crowd, telling them “the world is watching us tonight.” (Photo by Simon Albaugh)

Soon after some of the Board members expressed their statements, protesters became rowdy, shouting “vote them out” throughout the remainder of the meeting. Board president Roxanne McDonald eventually put the meeting on recess, asking some protesters to step outside in order to allow the Fire Marshall to continue the meeting.

Not only that, but one leader of the protesters even asked for some to step outside and watch the meeting on their phones instead. The hundred-strong crowd of protesters refused though, and the meeting was suspended until Oct. 13 at 7pm.

“Thursday’s meeting will be held in the auditorium at Stout Middle School, 18500 Oakwood Blvd, Dearborn,” reads a press release from the district. “Initially the district planned to hold the reconvened meeting at Fordson High, but due to scheduling conflicts with several after school events and discussion with Dearborn Police, Stout with more ample parking and fewer after school activities was determined to be a better and safer location.” 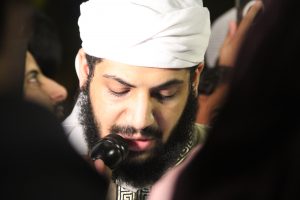 Walking into the Board of Education Building, people can be heard talking about what this supposedly means for future elections. “Vote for Trump,” said one person waiting to walk into the Board meeting’s crowded room. “Everybody, all of you, need to vote for Trump after this.”

Speaking in front of a crowd of cameras, Wadeea Yassir Alzabah spoke about what he sees as the issue at hand.

“They are proponents of democracy, but only if it supports liberal values,” Alzabah said. “The moment it goes against liberal values, they are authoritarian and they want to impose their own values on people.”

With protesters chanting “vote them out” and the Michigan Republican Party co-chair celebrating the developments of the movement to ban LGBT books, this could be a watershed moment for Republican candidates in what has been a reliably democrat area.