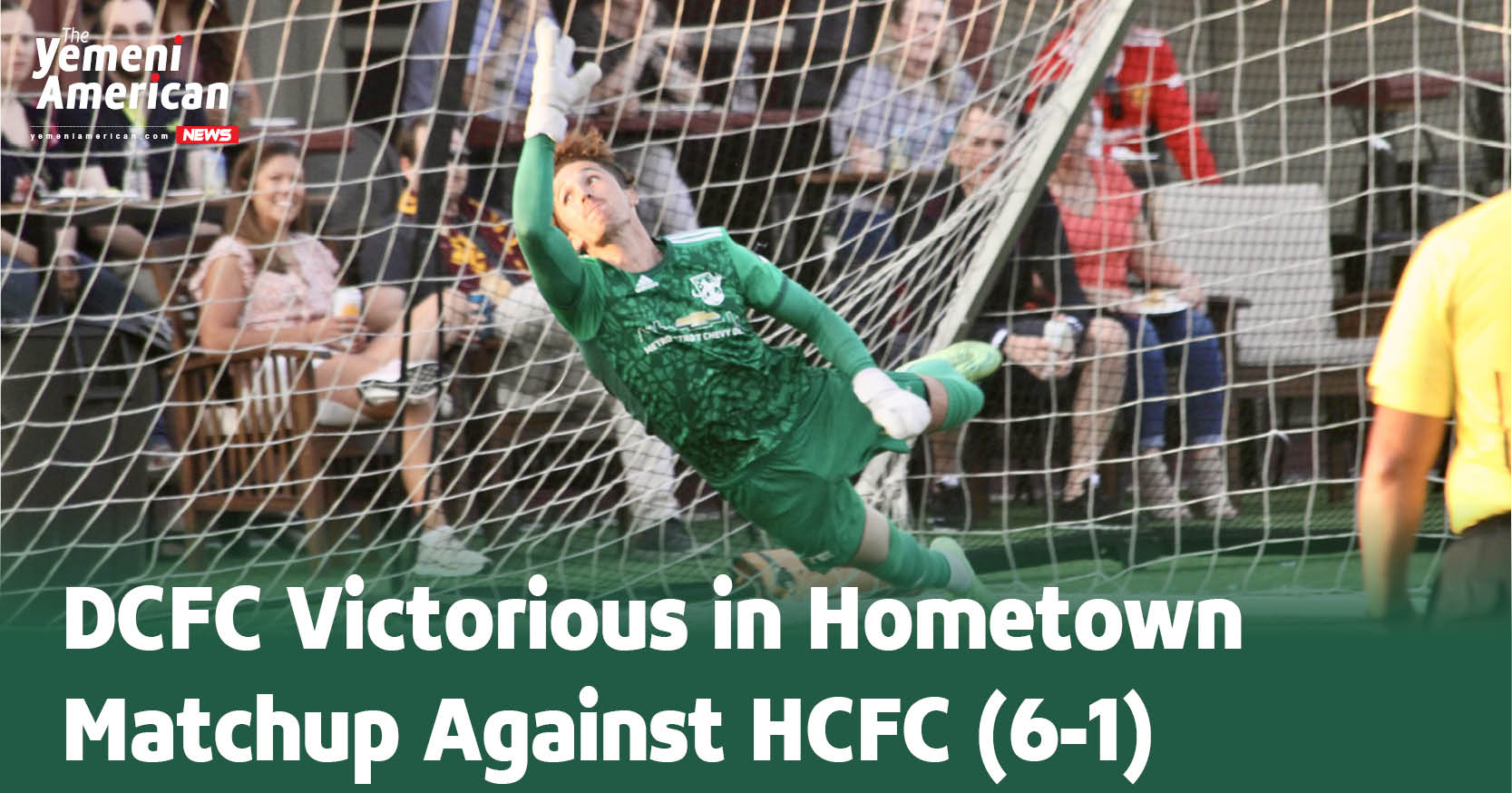 For the first part of the second half, the game was played just the same, with another DCFC goal scored just twenty minutes into the latter half. DCFC went on to score three more times in the last half. Their goals continued into the final minutes with a DCFC goal bouncing into the net with less than a minute on the clock left.

Both teams are champions in their respective contests. HCFC is the winning team of the Yemeni American Community Tournament in Alabama. DCFC beat the LA Force in order to snag the NISA Trophy for this past spring season. In the game, both teams played to win as the scoreboard counted up to 90 minutes.

DCFC’s hometown supporters, the Northern Guard, didn’t fill the designated supporter’s section for this time, but their chants were heard every second of the game.

The match was meant to be a benefit game for funding youth sports programs in Yemen. The match was organized in collaboration with DCFC and the Southeast Michigan Yemeni Community.

“The Yemeni community is a growing and influential part of our diverse region, as well as having a strong soccer loving heritage, said Sean Mann, DCFC CEO. “The beautiful game, at its best, brings together people from across the world and this game is an opportunity to aid an international community with strong ties here in Detroit, which is being ravaged by civil war.”

This game, which has no effect on the standings in each team’s respective leagues, was an opportunity for HCFC to learn from the co-home team at Keyworth Stadium. Before the game, HCFC Head Coach Wafi Alriyashi looked forward to this match.

“It’s going to be a great experience for most of the players,” Alriyashi said. “And for me, in my first year as a coach, this game happening is a big deal.”