Congresswoman Dingell visits HFC after nearly $14 million allocated to the college and other local projects. 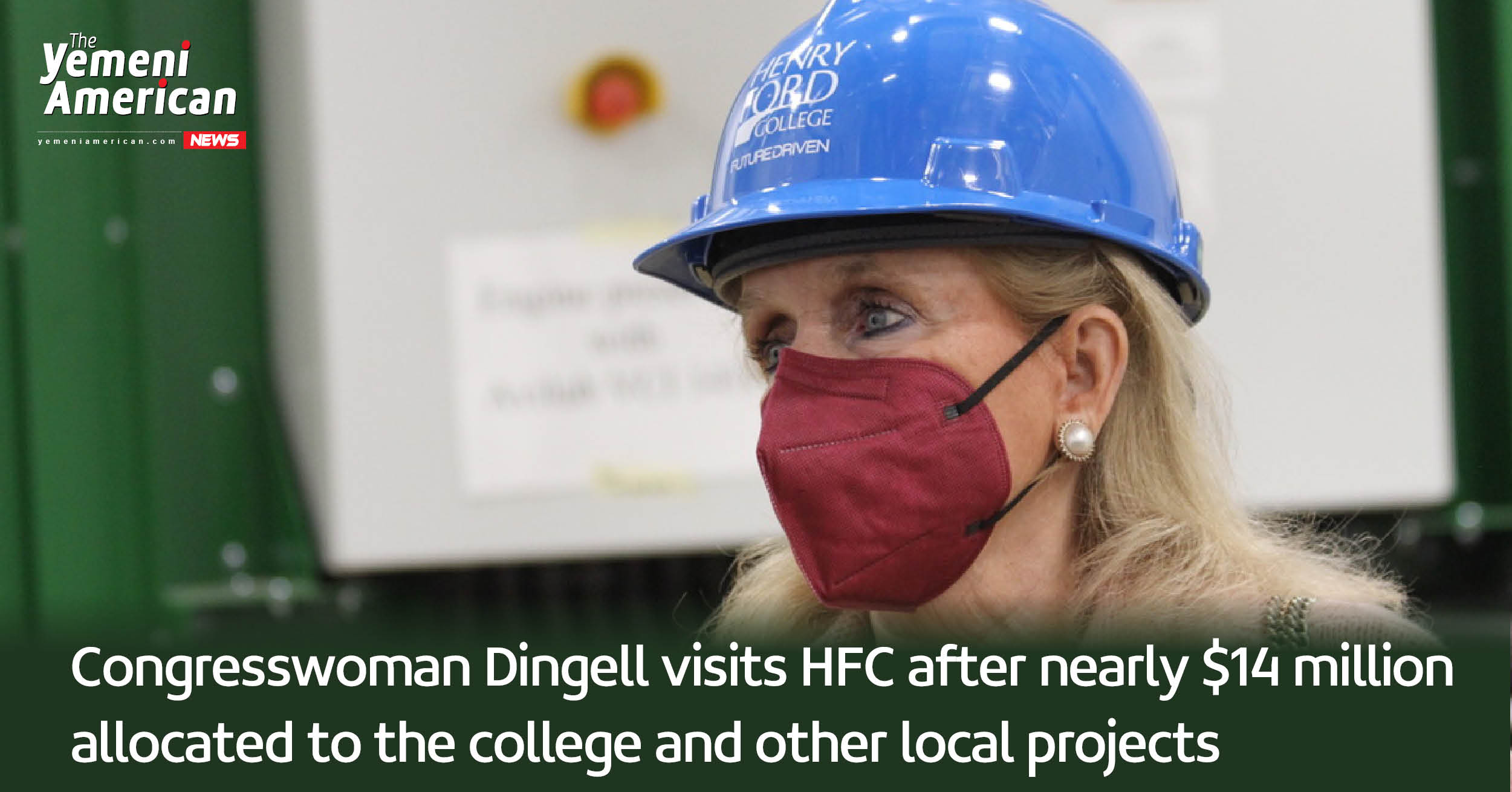 Dearborn, Mich. – After the house passed a massive government spending plan spread across 12 congressional bills, Dearborn will be seeing $3 million in spending, along with $10.7 million for community projects in the surrounding communities.

In celebration of the nearly $14 million allocated to Southeast Michigan community projects, Rep. Dingell (D – 12th District) toured the manufacturing education facilities at Henry Ford College, where the Technology Skills Development and Career Promise Program will educate students in what’s forecasted to be high-demand manufacturing skills, in large part due to a $2 million appropriation made by congress.

Outgoing president of Henry Ford College, Russ Kavalhuna provided Dingell with a tour of the under-construction facility where students will also work to help create a more environmentally sustainable campus while being trained for skilled manufacturing jobs.

This and other community projects have been slated for congressional funding since July of last year. After going through four subcommittees within the House Appropriations Committee, the package passed in the House of Representatives on Mar. 9.

“This federal funding is critical to improving the lives of hard-working Michiganders across the 12th District,” Rep. Dingell said. “These important programs will serve the diverse needs of our communities by helping improve access to health care through addressing long-standing infrastructure issues at Ecorse Creek, strengthening telemedicine, improving access to education and training, supporting community law enforcement and broadening opportunities for young people.”

Other projects that will be funded in SE Michigan

$550,000 has been appropriated to Eastern Michigan University for two programs run by the University. $250,000 will be used to double “the number of formerly incarcerated individuals in Washtenaw County who receive reentry services provided by Social Work Students in partnership with local nonprofits,” according to a press release from last year. The other $300,000 will be used for a Child Development Center that will provide educational services to children from 18 months to 12 years old.

In an effort to bolster the relationship between Ypsilanti youth and community police officers, $149,000 will be used to connect youth with law enforcement and build mutual trust.

YMCA will also be constructing a new Ypsilanti recreation building for east Washtenaw County with a $3 million allocation from congress.

The City of Ann Arbor will also be using $3 million to build safe, healthy and net-zero energy affordable housing for residents in need.

$1.675 million will be used for pre-construction of a stormwater detention basin to “reduce the severity of flood events” in communities around the 12th Congressional District.

$900,000 is going to be spent on expanding telemedicine programs for Henry Ford Wyandotte Hospital patients.

“I’m also thankful that many of my community funding projects were included in the omnibus package, including direct investments in projects to protect the environment, strengthen public safety, increase access to affordable housing and health care, and support early education and workforce development,” said Rep. Dingell.

The national spending bill will be sending $13.6 billion to assist Ukraine in the conflict against Russia. “Americans are seeing the atrocities committed against the Ukrainian people and have expressed overwhelming support for helping them in their fight,” said Financial Services and General Government Subcommittee Chairman Mike Quigley (D – IL 5th District). “I am proud to have worked to ensure that this legislation includes $13.6 billion to support Ukraine.”

The spending package also provides $219 million for “for Economic Support Fund Programs in the West Bank and Gaza serving the Palestinian people,” according to a press release on Rep. Dingell’s webpage.

A bulk of the hundreds of billions outlined for government spending will be going to programs throughout the country, including $173 billion for food and nutrition programs and other social programs directed toward vulnerable people, such as $575 million to bolster Violence Against Women Act enforcement.

“After tough negotiations, I’m thankful Congressional leadership has come together on a comprehensive, bipartisan appropriations package that will boost jobs in Michigan and across the country, ensure our children are taken care of, support the transition to a clean energy economy, address gender-based violence, and provide much-needed assistance to Ukraine,” said Rep. Dingell.