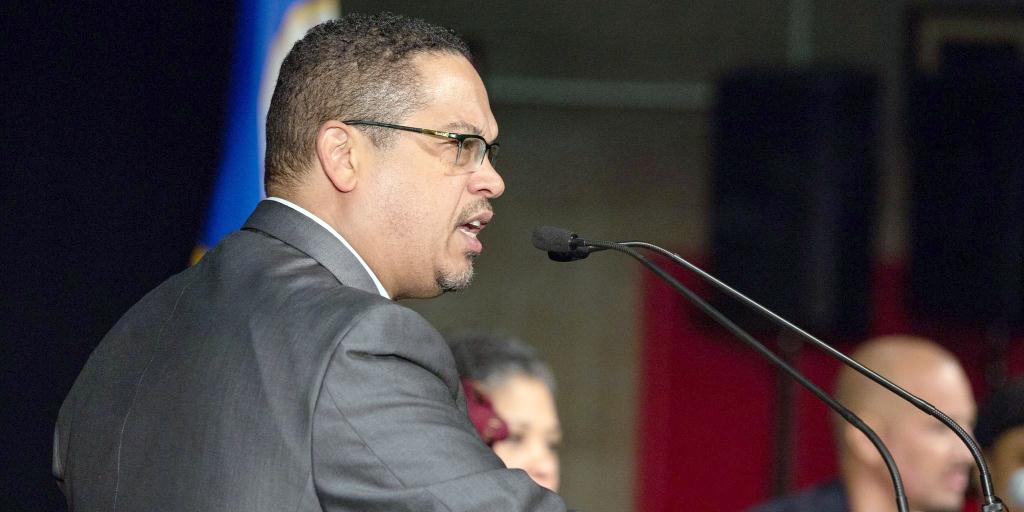 By The Yemeni American news

“One is a campaign reason. I was a supporter of Senator Bernie Sanders and now he’s off the race. I’m talking to all of my friends about why I believe we should support Hillary Clinton. So, I’m talking with people around the community about this. Listening to them, answering their questions, and then sharing their feedback with the Clinton campaign.” Congressman said.

He said that his other reason was because he’s part of a bipartisan task force on policing strategy. He said the task force is working on developing policing strategies by talking to people in the criminal justice system in Michigan and in particular, the metro Detroit area. When asked if the democratic presidential candidate Hillary Candidate, whom he’s now advocating for, will choose Muslim Americans to be in her cabinet, especially women who wear hijab, Congressman said “I think so.”

He adds “I’ll tell you why. Right now, she has Muslims in her administration. I think that Hillary Clinton will hire people who are Muslim, and you know, wearing a hijab is their choice, and I think that would be something that Hillary Clinton would do because she has done it. She has hired people and she’s involved with the people. Remember, Ghazala Khan, who was at the convention with her husband. Ghazala Khan was wearing her hijab from the podium at the Democratic National Convention. So was Debbie Almontaser, who is a Yemeni-American activist who lives in New York, who wore her hijab from the podium at the DNC. This is a signal that Hillary Clinton is going to hire people on the bases of their qualifications. She’s not going to exclude anyone because of their religion.”

Congressman Keith Ellison was first elected to office in 2007. He has represented the Fifth Congressional District of Minnesota in the U.S. House of Representatives since taking office on January 4, 2007. The Fifth Congressional District is the most vibrant and diverse district in Minnesota with a rich history and traditions. The Fifth District includes the City of Minneapolis and the surrounding suburbs. Rep. Ellison’s philosophy is one of “generosity and inclusiveness.” A native Detroiter, his roots as a community activist and his message of inclusivity through democratic participation made him very popular. Congressman Ellison was later joined by another Muslim congressman, Andre Carson , who was elected by Indiana’s 7th District to the U.S. House of Representatives in 2008.

As for ethnicities makeup in his congressional district, Mr. Ellison said “ I say about 76 percent of my district is White Lutherans. My district is 76 percent white; a lot of people identify as Lutheran. Then, you have 12 percent black, and that includes people whose roots are in Africa. Then you have, about 6 or 7 percent Latino, and those are people that could be from Mexico, Ecuador, Guatemala, anywhere. Then you have some people that are Somali, and you have some people that are Vietnamese. And then you have about 3 percent Native Americans, as well, from the Chippewa people. So about 76 percent of the district is white, 24 is people of color. About half of the people of color are black and the other are Latino, Native American, and Asian.”

In closing of the interview, Congressman Ellison was asked to give advice to those young, rising leaders, who are running for public office. His advice was “Stand up for the people. Look for the issues that unite people. Bring people together. Then go out there and talk to them.”