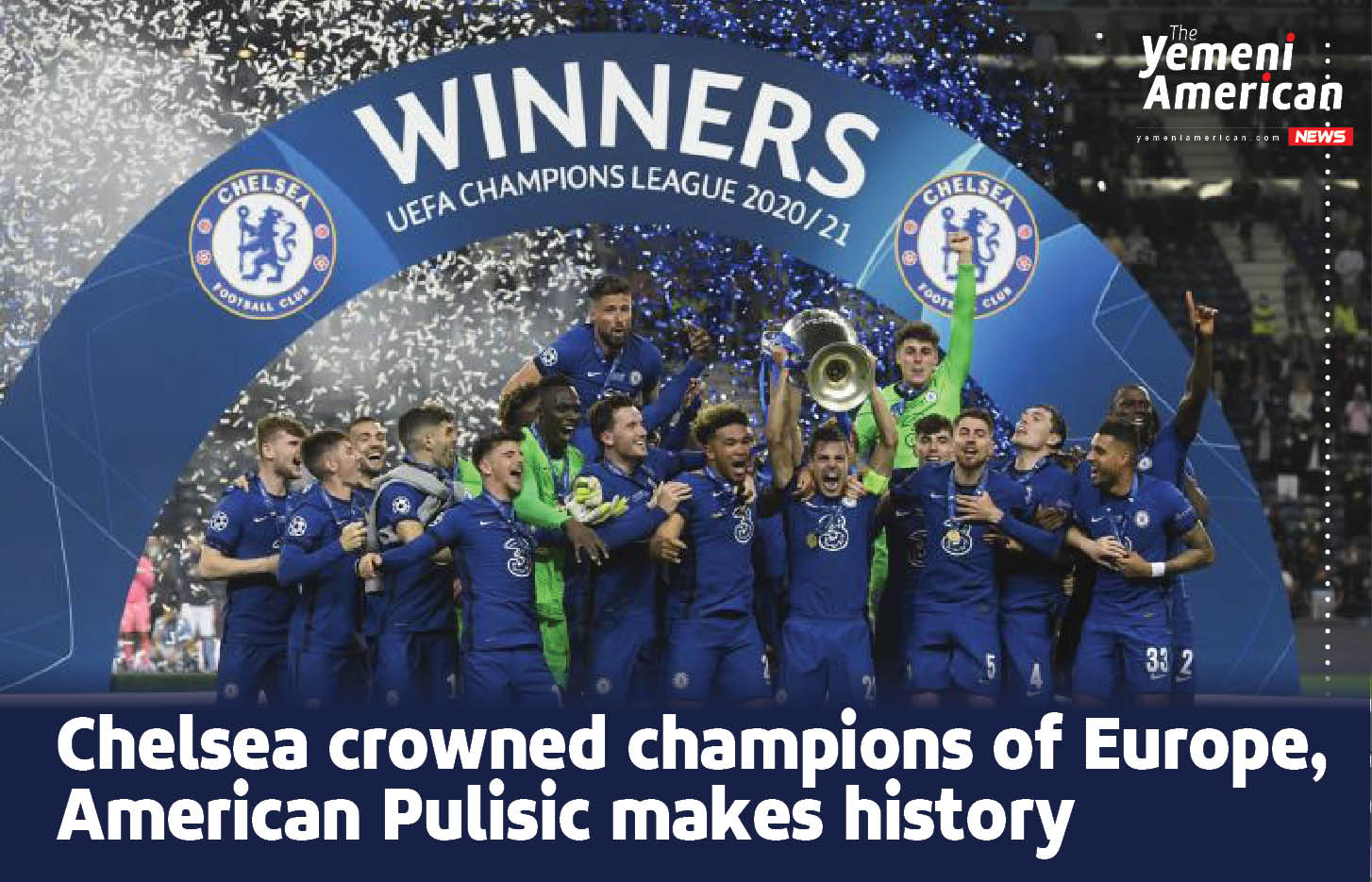 The Champions League Final of Europe, biggest game of the year in soccer was held in Porto, Portugal between the two finalists, Premier League teams Chelsea and Manchester City yielded in a surprising win for the Blues Chelsea, giving them their second title in the biggest competition in Europe. The game which kicked off at 3:00 pm EST on May 29th, 2021 had 13,000 football fans in the European competition for the first time since the outbreak of the novel coronavirus

Pep Guardiola, City’s coach had an unexpected lineup, bringing in Raheem Sterling and Ilkay Gündoğan to play, and benching Fernandinho and Rudiger. The Spanish coach perhaps costed his team the game and the Cup with such formation. While Thomas Tuchel, the German coach of Chelsea knew possession would not be in his favor, he focused on preventing Debryune from making holes in the middle of the field for Chelsea. That paid dividends for him, as N’Golo Kanté was in complete control and Rüdiger was in full force for the defense.

Both teams had to make subsititions after the injury of Thiago Silva and Kevin Debruyne which seemed to hurt City even further. The Blues forward Timo Werner missed two golden chances in the beginning of the game while City had a chance with Phil Foden.

Chelsea found a way to score in the first half after an amazing pass from the English midfielder, Mount to his colleague the German Kai Havertz who was able to bypass City’s goalkeeper Ederson and score the only game of the final.

The American midfielder, Christian Pulisic made debut in  the final game at the last quarter of the game to replace Werner who had missed various chances in front of goal. Pulisic made his presence known right away and was close to scoring at the 80th minute. Riyad Mahrez, the Algerian star for City had also a major chance to score in stoppage time but his ball was a little over the crossbar.

With Chelsea’s win,  Polisic became just the second American to win the Champions League, after Jovan Kirovski, who won the competition with Borussia Dortmund in 1997. The difference is that Kirovski did not feature in the final due to injury. The Blues also get their second win in the competition; while City struggle to win the golden cup in their first appearance.