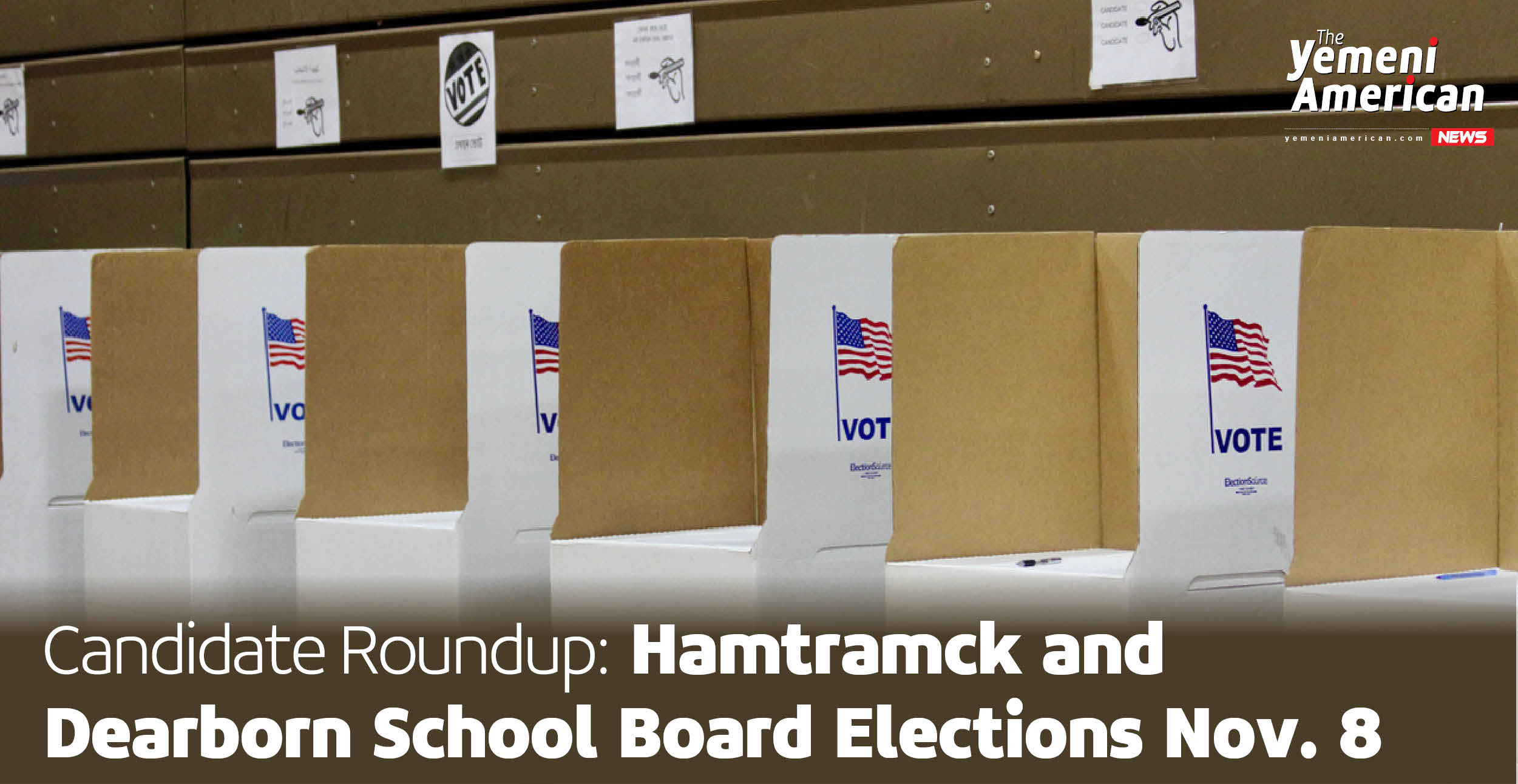 Four candidates in Hamtramck an six in Dearborn are all vying for a place in their respective school districts’ Board of Education. With public education under unprecedented threat from charter schools, vouchers and a history of redlining in the Detroit metro area where these schools reside, the school board members of each respective city will have these challenges and then some to grapple with.

The election will be on Nov. 8, when these candidates will be under scrutiny by voters at the ballot box. In Hamtramck, there is almost an unopposed election, but in Dearborn, it’s almost an entirely different story.

Running on the ballot are Moortadha Obeid, who’s running unopposed for a partial term that ends at the end of 2024, and Victor Farris and Abdulmalik Algahaim who are also running unopposed for the two available seats on Hamtramck’s Board of Education. However, one more candidate has decided to run as a write-in candidate for the school board. Since Gamal Alturki missed filing deadlines, he won’t appear on the ballot. But voters can still vote for him with a write-in vote.

Obeid is the manager of a number of restaurants, including Malak Al Kabab in Dearborn and Royal Kabob in Hamtramck. Farris and Algahaim are both Hamtramck High School Graduates, according to the Hamtramck Review.

Current Board Members Evan Major and Showkat Chowdhury decided not to run for re-election.

With only two seats available in the Dearborn School Board Election, the candidates need to run a serious campaign, especially since two incumbents are running for re-election. Those incumbents, Patrick D’Ambrosio and Hussein Berry already have their years of service to run on.

For the four other candidates – Ned Apigian, Angela Hammock-Isaacson, Steven Durant and Redhwan Saleh – they need to run a campaign to compete with the two incumbents.

Ned Apigian is a former candidate for State Representative. In 2014, he lost the district 11 Democratic Primary to Julie Plawecki, who ended up winning the seat.

Steven Durant has been a baseball and wrestling coach for almost a decade. He’s also the voice of the Dearborn Thunderbirds home games. This week, he told the Arab American News:

“I love our city, I love our schools. If the people elect me to Dearborn School Board, your voice will be heard. I will always wear both the teacher hat and the parent hat. I want what is best for our kids.”

Angela Hammock-Isaacson has not run a very big campaign, mainly leveraging her position as a parent in the district.