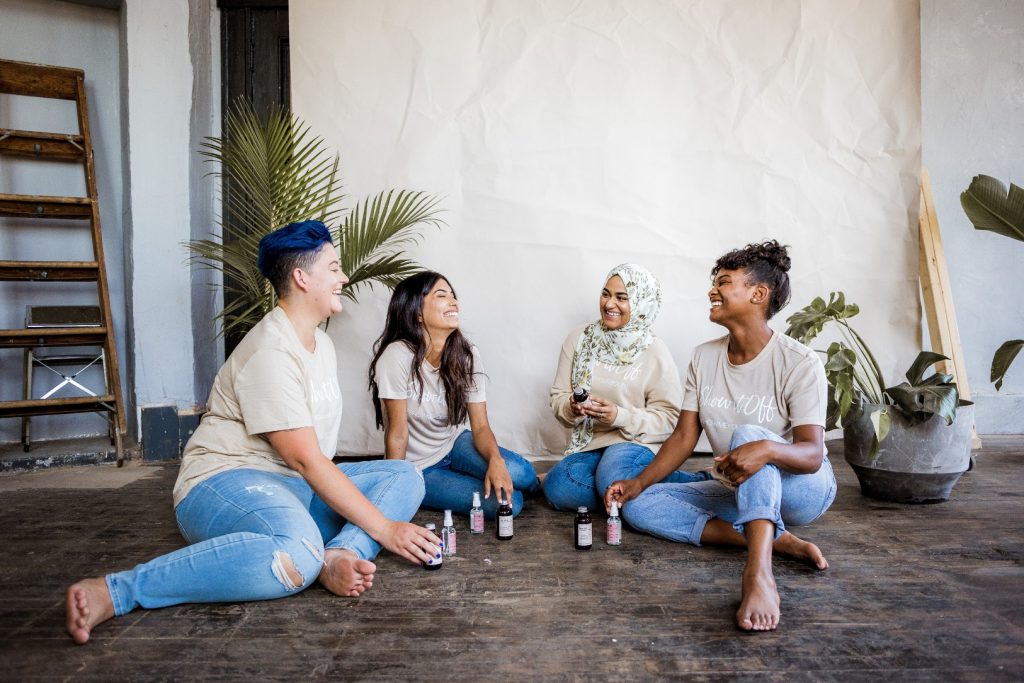 Irum Ibrahim Boubí is made for all skin types

This story is part of a series by The Yemeni American News to profile Bangladeshi women entrepreneurs who grew up in Hamtramck and attended Hamtramck Public Schools. Read more at https://yemeniamerican.com/en/.

It’s Friday afternoon. Humayra Bobby is driving home from Ann Arbor, Mich. where she works as an ophthalmic scribe trainer and educator at the University of Michigan Kellogg Eye Center. We caught up over the phone about her latest skincare line, Boubí, which launched online June 2019 on boubiskin.com. It’s named after her nickname, Bobby. “I wanted my products to be true to me,” she said.

The skincare line captures her love of the Bangladeshi culture, science, skincare, and aesthetically-pleasing products.  “I love being Bengali and Bangladeshi. It’s important to have the differentiating factor,” she says.

The products are made with organic, vegan, alcohol-free, and cruelty-free ingredients, for all skin types. Boubí has become a local sensation and a well-known household item, especially in the Bangladeshi community. “I am happy I found something I am super passionate about,” she says.

Humayra says she used the Boubí toner for six years prior to putting it on the market. She noticed many products had chemicals in them. “I had bad acne and couldn’t afford high-end products,” she says. She gave out samples to her sisters and cousins, who encouraged her to start selling it to others. “I feel so confident. That’s a great feeling to me. That’s how I want people to feel,” she says.

Humayra was born in Sylhet, Bangladesh and came to the U.S. with her family when she was 3-years-old. She has two older sisters and one younger sister. Humayra grew up in Hamtramck, Mich. with her family. She attended Holbrook Elementary, Bridge Academy for middle school and Cass Technical High School.

She says growing up in Hamtramck was a great experience. She grew up with people who had similar backgrounds, socioeconomic status, and a strong sense of community. She appreciates having friends who she could relate to in school and growing up with a masjid community. “Everyone looks like you, shares the same religion, and/or culture for the most part. It’s easier to fit in. When I went to college it was a huge culture shock.”

Humayra graduated from the University of Michigan with a bachelor’s degree in health science and Spanish. During that time she worked in research labs for three years. She uses that skill in researching products for her line, by pouring through PubMed journals and experimentation.

Her other love is language. “I’m fascinated by languages,” she says. After graduation, she worked in different clinics in Costa Rica, where she combined her love of Spanish and science. She can speak five languages – Bangla, English, Spanish, and a little bit of Italian and Catalan.

Entrepreneurship runs in the family

Humayra never saw herself as an entrepreneur. Her biggest dream is to become a physician. “I wouldn’t be fulfilled if I didn’t do it,” she says. However, she grew up watching her family open one business after another. Humayra says her father encouraged entrepreneurship since she was a child. “He always told us from the beginning, ‘You should be your own boss,’” she says.

Her father Rezaul Karim owns the Everyday Super Discounts store on 3501 Caniff St. in Hamtramck. Prior to moving to the U.S in 1996, Rezaul owned a business and worked at a bank in Bangladesh. He moved to the U.S. to pursue further education and provide a better life for his family. He attended college during the day and worked night shifts to provide for his family. Humayra’s mother Jahirun Khanam was the primary caretaker, often running from one school to another with her sisters.

Remember where you came from

Part of Humayra’s mission is to provide quality products and keep them affordable for the people who use them most – high school students from Hamtramck. “I’ve always wanted to keep my products at a low price point. My customers cannot purchase something for $30-40.”

According to the U.S. Census data, the household median in Hamtramck is $24,369 with about 50 percent of the population living in poverty, based on data from 2013-2017.

Humayra says, it’s important to know where you came from. “People have said to increase the price but I would feel wrong to myself for doing that,” she says.

For Humayra, her products are more about providing the tools for clear skin which can help build confidence. She believes educating people about hygiene and skincare is a part of the process. She shares skincare tips on Tuesdays via Instagram @boubi.skin and hopes to do educational workshops in the future for her customer base.

Meanwhile, you may catch her at a local pop-up in Detroit or online. Humayra says it’s an exciting time to have a business when many talented women are growing their passions into businesses. “It’s about time [female entrepreneurship] is normalized,” she says. She works with female entrepreneurs for her product’s graphic arts designs, photography, marketing, and events. “We don’t need to go outside of our community to find talent,” she says.