Both Hamtramck’s Hometown Champs to Face Off at Keyworth 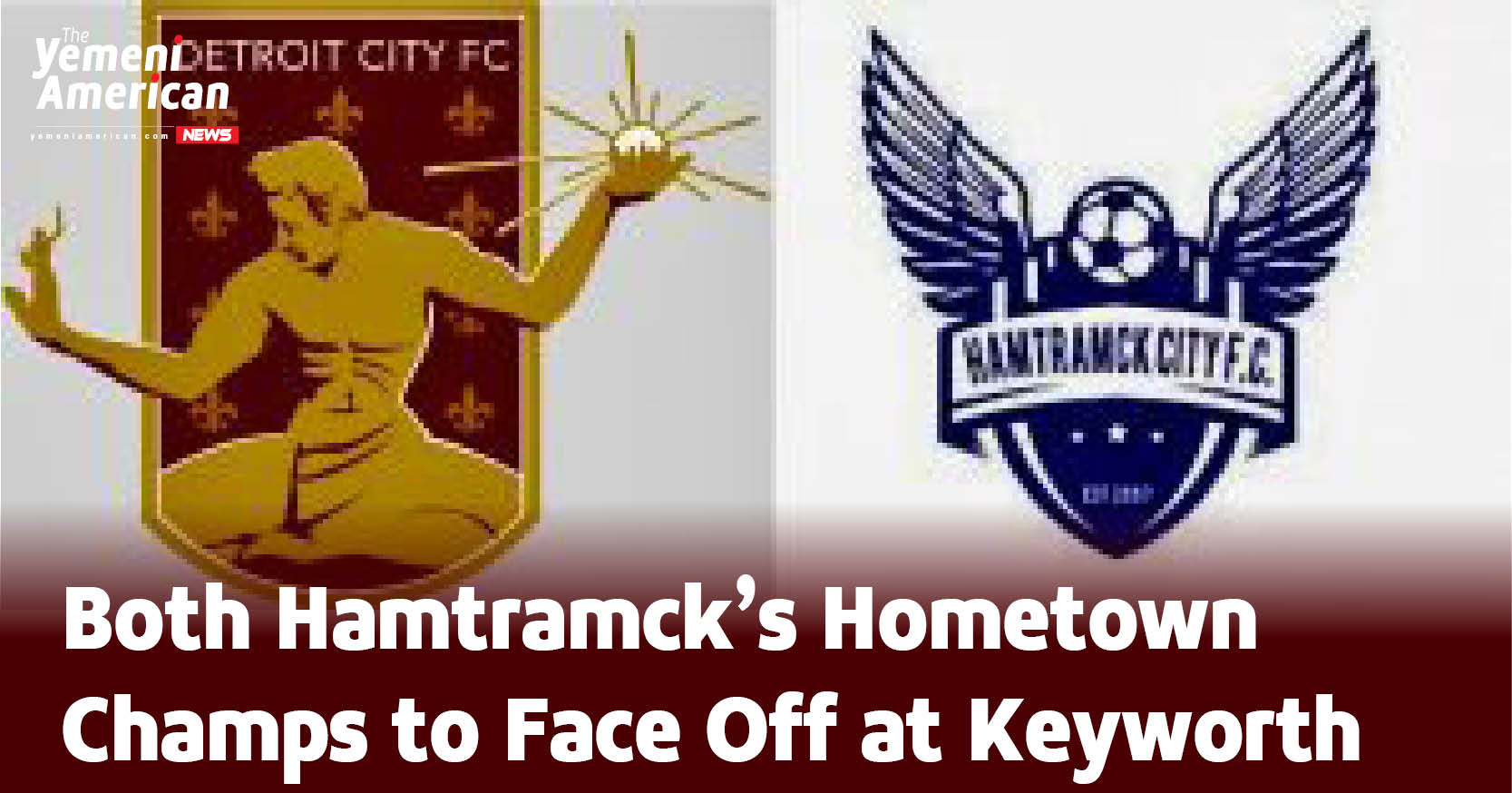 The match itself brings the best teams of their respective competitions, the National Independent Soccer Association and the Yemeni American Community Tournament. Hosted on both team’s home field, Hamtramck and Detroit residents are welcome to enjoy a game with Yemeni music and a special halftime show.

On July 4, Detroit City FC won the NISA Championship against LA Force with a score of 1-0. Coming out of a strong season, the team began to garner a reputation among the most prestigious sports teams in the Detroit area because of their high-profile wins in the NISA League.

With its diehard fans and strong presence on the field, DCFC is going to play a tough game, even while it begins its fall season in the NISA League. Over the past spring season, DCFC was able to garner an impressive undefeated record of six wins and two ties. No losses for DCFC in this season.

On July 1, Hamtramck City FC brought home the trophy for the Yemeni American Community Tournament after beating the defending champs 2-1. Throughout the rest of the tournament, HCFC played undefeated.

Coming from a loss in the previous year, HCFC took this year’s Yemeni American Community Tournament as its primary challenge.

“[It took] hard work, dedication,” said Wafi Alriyashi, Head Coach for Hamtramck City Football Club. “We’ve practiced almost every day, along with playing games. That and especially, I think the number one factor is last year, we were in the finals, and we lost due to bad calls from the ref. So this year, we went with one thing in our mind, which was taking the trophy home.”

HCFC is home for a number of strong players, with one player being scouted by the Lebanese National Team. Organized in 2007, Hamtramck’s second hometown team has been a point of pride for the city, especially among its Yemeni residents.

Now the two teams will face against each other for a benefit match that will provide funds toward the United Humanitarian Foundation, which “supports efforts in Yemen, in particular youth sports,” reads a press release from Detroit City Football Club.

“This match is part of Detroit City FC’s continued commitment to supporting communities in and around Metro Detroit.”

“The Yemeni community is a growing and influential part of our diverse region, as well as having a strong, soccer loving heritage,” Mann said. “The beautiful game, at its best, brings together people from across the world and this game is an opportunity to aid an international community with strong ties in Detroit, which is ravaged by civil war.”

The game was partially organized by the Publisher of the Yemeni American News, Rasheed Alnozili, whose stated goal was to bring the teams closer to the broader Hamtramck community.

“This game is a great bridge between DCFC and Hamtramck City FC and the community in Hamtramck, Alnozili said. “It means a lot to the community and it is important to support back home to fund Yemeni youth sports. We hope we will bring happiness through soccer.”

Hamtramck City FC Head Coach Wafi Alriyashi looks forward to the game as an opportunity for his players to experience a great game.

“Of course, DCFC is the best team in Michigan,” Alriyashi said. “I mean, if there is a team that would make it to the MLS, definitely it would be DCFC. So it’s going to be a great experience for most of the players. And for me, in my first year as a coach, this game happening is a big deal.”

With a lot of new players on the HCFC roster, the opportunity to play with such a high-ranked team will offer a steep learning curve for HCFC.