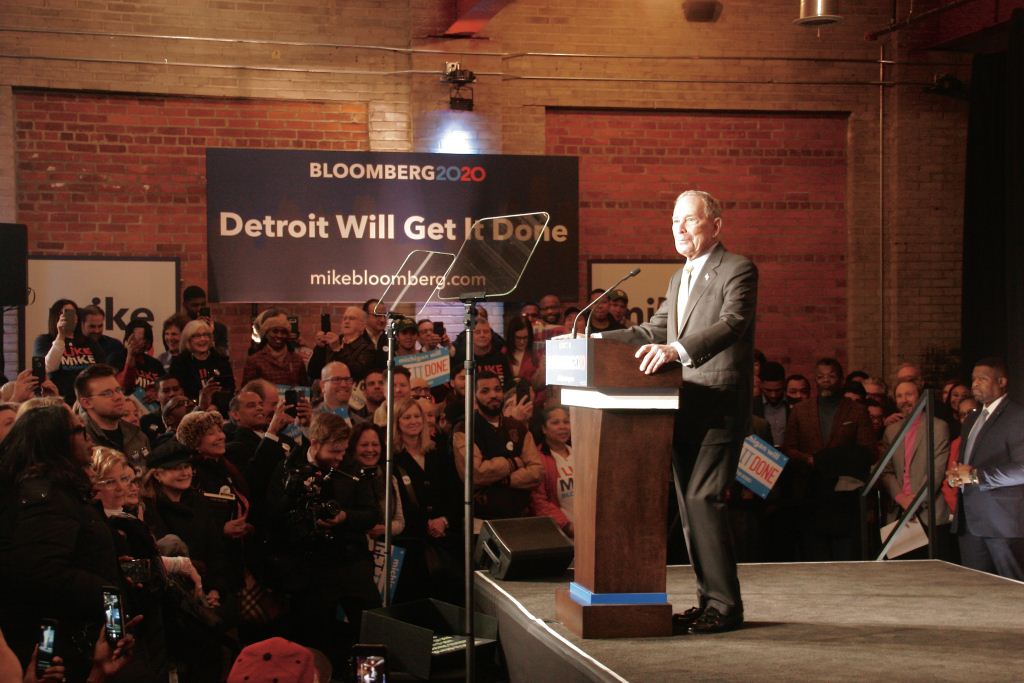 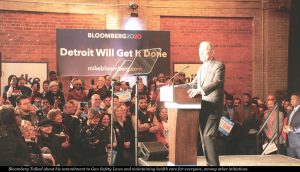 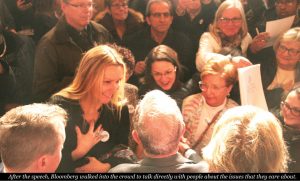 Former Mayor of New York City Mike Bloomberg stood in the Detroit spotlight to outline his campaign plans for the 2020 primary season. Although he’s late in the competition, Bloomberg decided to start out small with a few rallies around the country, rather than jumping straight into the fray of the Iowa Caucus and New Hampshire’s upcoming Primary Election.

The decision has allowed for him to outline some key issues that he’ll be addressing throughout the primary competition. But in his Rally today, the major concern he brought to the podium was beating Trump in the general election.

Although he leaned heavily on his goals to beat Trump, his policies outlined similar goals to many of the other democratic candidates. Throughout his campaign speech, he promised attention to gun safety laws and a better path to citizenship.

“If you want a gun, the second amendment gives you the right to have one,” Bloomberg said. “But if you have a psychiatric problem, if you’re a minor or have a criminal record, you should not be able to buy a gun. And that’s all we’re trying to do.”

In terms of education, Bloomberg cited his accomplishments as Mayor of New York City when his sweeping reforms increased teacher’s pay by 43% and raised the graduation rate by more than 40%. According to chalkbeat.org, a news platform that focuses on education issues around the country, these statistics are correct.

However, some critics of his education reforms found he “consolidated unprecedented power over schools in the mayor’s office,” wrote chalkbeat’s Christina Veiga and Philissa Cramer.
Their article shows that he butted heads with the Teacher’s Union through some proposals.

What may be most appealing about Bloomberg is his ability to balance the business-minded ethos that many Trump voters described in their praise for him. Having started a vast media empire of business news, called Bloomberg News, he’s proved his acumen for being another business-minded economic thinker.

“I always talk about creating jobs,” Bloomberg said. “I created a business that made 20,000 good jobs. And as Mayor, I created nearly half a million jobs for the City, leading the nation in job creation.”

Two speakers introduced Bloomberg to the rally goers. Wayne County Executive Warren Evans gave him a vehement endorsement for the Michigan audience at the event. “Not only does he identify the problems,” Evans said. “But he has a concrete vision for how to solve them. And that’s what executives do.”

The rally drew a mixed crowd into the Eastern Market Banquet Hall where Bloomberg gave his speech. Many supporters, like Sandra, came to learn more about Bloomberg. After the speech, Sandra seemed to leave with a sure stance on Bloomberg.

“We need somebody with his knowledge and his experience and his ability to pull people together,” Sandra said. “That’s what we need at this point. Somebody who can unite the people together.”
“If he follows his platform, and he follows the way he has lead New York, I’m quite sure he’ll do positive things for Detroit.”
Others felt even more unsure about Bloomberg as a candidate. 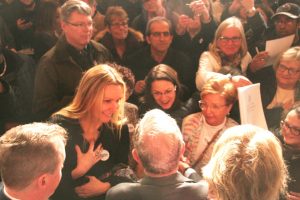 Elliott says he’s been scrutinizing every candidate. As of right now, he’s planning on voting for Bernie Sanders in the democratic primary.

“I looked at Warren when the [primaries] first started,” Elliott said. “I looked a little further into Warren and I said no. I have had some affiliation with Bloomberg’s groups through Moms demand action. But after looking at him, I thought ehh, probably not.”

News sources report that Bloomberg will be missing the first four primary elections in order to connect with his base further. Needless to say, he’ll have some catching up to do.