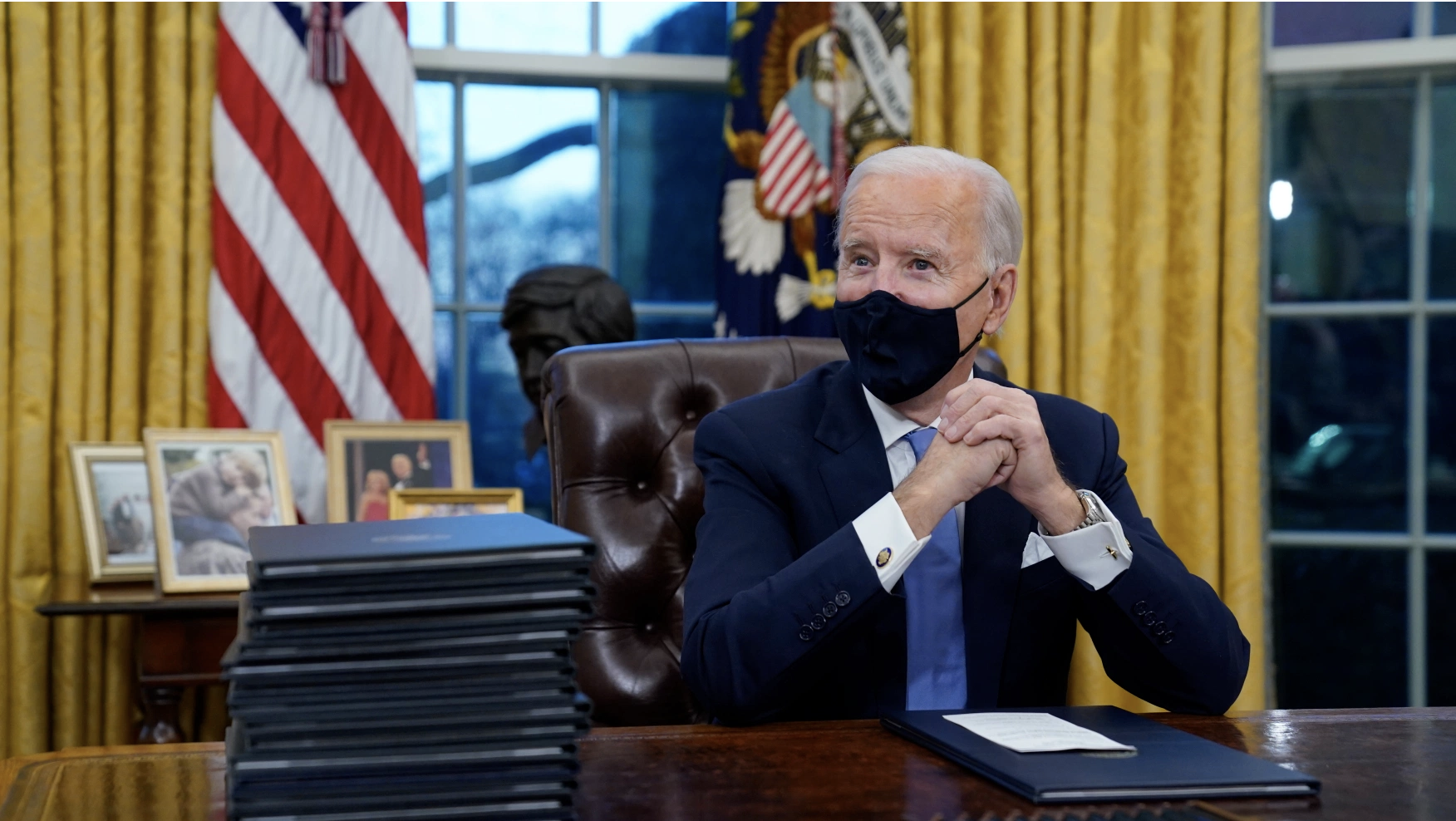 On Biden’s first day in office, the new president issued 17 Executive Orders meant to reverse decisions made by his predecessor. Among them was the controversial, and wildly discriminating, Muslim Travel Ban. The ban itself was originally meant to halt travel from seven countries – five of them with a majority of the population practicing Islam.

That ban morphed into a list of 13 countries that the United States discriminately denied visas, resulting in an 80% reduction in immigration from places like Yemen. However, not only did it affect those seeking permanent residency, it also created massive problems for those returning from leisurely travel abroad, with some Green Card holders being inappropriately held at airports after returning to the United States.

On Wednesday, President Joe Biden reversed this decision by former president Donald Trump. In his proclamation, Joe Biden revoked the discriminatory Muslim ban, along with a number of proclamations related to Trump’s “Extreme Vetting” programs. Instead, the proclamation tries to remove “a stain on our national conscience [that was] inconsistent with our long history of welcoming people of all faiths and no faith at all.” 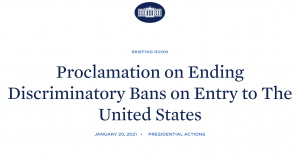 What does Biden’s Proclamation Do?

At the base of its effort, the Proclamation on Ending Discriminatory Bans on Entry to the United States is an effort to reverse some of Trump’s Executive Orders on Immigration. These executive orders, as part of Trump’s Muslim Ban and ‘Extreme Vetting” program were disastrous for an equitable immigration system that some experts have argued put Homeland Security at risk by increasing Anti-American sentiment in some regions of the world.

Second on its list of priorities is working through the backlog of visa applications that have piled up as a result of Trump’s Muslim Ban. This involves going back to visas that were denied and reconsidering them in a way that is “consistent with applicable law and visa processing procedures.”

The next priority is to understand whether the controversial Form DS-5535 provides any improvement to National Security. This is the form that required those seeking a visa to hand over their social media information, part of President Trump’s “Extreme Vetting”. Although the Proclamation does not provide the immediate effect of removing this form from the requirements for a Visa Application.

Even though Proclamations do not have the same effect as Executive Orders, the reversal of the Muslim Ban still will remove US immigration protocol from Trump’s direction. Within 45 days of Jan. 20, 2021, Visa applications will be considered again and extreme vetting procedures will be seriously reconsidered. 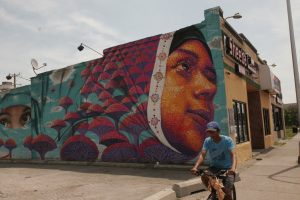 A mural in Hamtramck, Mich. celebrates the Yemeni American residents of the small Detroit enclave

Senator Gary Peters (D-MI) is a ranking member of the Homeland Security and Governmental Affairs Committee. As a leader of this committee, he says that there was nothing the Muslim Ban provided for American Homeland Security.

“The Muslim travel ban that former President Trump’s Administration implemented was not only discriminatory and divisive, it did not meaningfully contribute to our national security,” said Senator Peters. “I’ve heard firsthand from Michigan’s Arab American and Muslim communities about how this ban has harmed families in our state for years. That’s why I am pleased that President Biden is taking the necessary steps to reverse this ban.”

Sam Alasri, who works with the Yemeni American Political Action Committee, celebrated the end of the executive order that cut a vast majority of relations with countries like Yemen. In a statement made to Facebook, he called the end of the Muslim Ban “a new beginning for countless American families>”

“It’s official: Together, we ended the Muslim Ban!” wrote Alasri. “After four years of tireless community-led advocacy, President Biden just rescinded the Muslim Ban. Today marks a new beginning for countless American families who have suffered the unmeasurable pain of being separated from their loved ones.”

Congressional Representative Debbie Dingell (D-MI), who represents part of Dearborn, also applauded President Joe Biden for his day-one priority of rescinding the Muslim Ban. Calling it a rejection “of fear and bigotry”, the congresswoman sees this action as a commitment to seeing the humanity and dignity “in all Americans.”

“Today, President Biden revoked the Muslim Ban to make this nation stronger and safer. By rejecting fear and bigotry, he recognized that this discriminatory policy didn’t just cause pain for Muslims around the world, it hurt our fellow citizens,” said Congresswoman Dingell. “Lifting this ban as one of his first acts in office clearly demonstrates President Biden’s commitment to uniting this nation and his ability to see the humanity and dignity in all Americans.

“The former President’s ban destroyed lives, caused untold damage to the security of the United States, and didn’t protect Americans from terrorist attacks. Now, we must work to restore the faith, credibility, and trust of the international communities targeted by the previous Administration and this is a significant first step.”