Bengali Ballots in Hamtramck: what’s at stake for Bengali voters during the election? 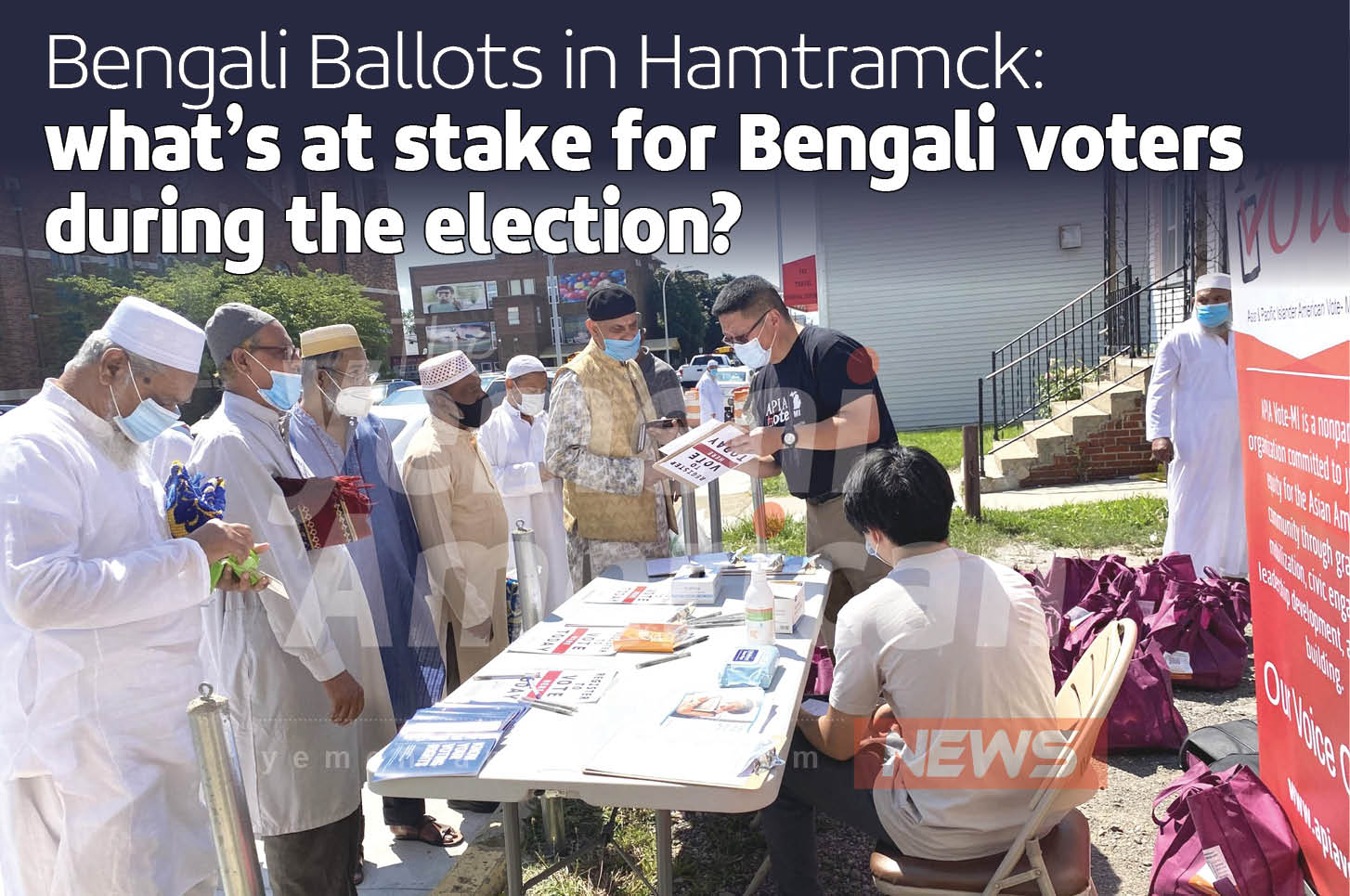 Hamtramck’s Bengali speaking voters have the option to request Bengali ballots at the election polls next Tuesday as part of the Voter Rights Act, section 203, which says jurisdictions with a single language population of 10,000 or at least 5 percent of the city with non-proficient English speakers must provide ballots in that language.

Bengali is also known as Bangla, and people from Bangladesh are commonly referred to as Bengali in Hamtramck.

Hamtramck City Clerk August Gitschlag told Outlier Media Bengali ballots have been requested twice in the past seven years. “We have had Bengali ballots for over a decade, it’s nothing new to our residents. We post them all over the precincts and City Hall,” he said.

As of 2019 Bangladeshis make up 24.3 percent of the city’s residents, according to Dylan Siwicki of the PIAST Institute, a Census data center.

Gitschlag said the presence of Bengali ballots comes up more during local elections. “I know the City Council members who are Bengali talk about it in their organizations.”

The city’s website does not have sample ballots in English or Bengali, nor information on how to request a Bengali ballot. “We always defer to the State when it comes to posting ballot information,” he said. He says Bengali ballots have not been requested for this election.

Shafiq Bari, vice president of entrepreneurship and business of the Bangladeshi American Public Affairs Committee (BAPAC) said the Bengali ballots came about as a result of the Census 2010 which documented the significant population of Bangladeshis in Hamtramck.

“I think it’s an achievement for our community… [we] demonstrated we have sufficient volume on Census records,” he said.

BAPAC is a nonpartisan nonprofit group which educates Bangladeshi Americans about their rights and responsibilities in the U.S. “Voting is about access. We felt there is a population that would be helped if there is a ballot in Bengali.”

Bari said while having the ballots is progress, “the quality of the translation is very important.” Others prefer English ballots. “Our role is to make people be aware and let them pick the best option for them.”

He says the next phase is to make people more aware about the Bengali ballots and learn why people are not using it.

Muhith Mahmud, President of the Michigan’s Bangladeshi American Democratic Caucus (MIBADC), said many Bangladeshis are unaware of ballots being available in Bengali. MIBADC works to inform Hamtramck and metro Detroit communities about candidates across the state, now via Zoom during the pandemic.

MIBADC works to inform Hamtramck and metro Detroit communities about candidates across the state, now via Zoom during the pandemic.

He said while many Bangladeshis read and write in English, newer residents may better understand information to make informed decisions in their native language. For example, MIBADC recently distributed 1,000 flyers that were passed out at mosques, grocery stores and businesses to educate voters about the Biden-Harris campaign.

“We have done tremendous work in the last few months. We tiredly came up with why we should vote in Bangla and English,” he said.

He said earlier this year Secretary of State Jocelyn Benson’s office met with community leaders to discuss making ballots language accessible for communities with large minority populations. He was unaware the ballots were printed and ready for this election, and at the time of the interview said he had not seen information about how to request Bengali ballots on the city’s website or announced publicly.

Hamtramck City Councilmember Nayeem Choudhury said many people prefer to use interpreter services as the Bengali ballots are hard to understand in conversational Bengali. Choudhury said people are accustomed to rely on their family and friends during elections. “My father’s generation would ask us to help explain the ballots to them,” he said. 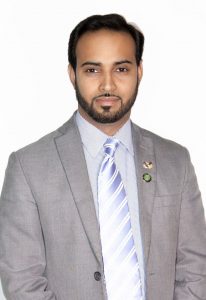 Even for well-read Bangladeshis, the ballots’ language  represents legal writing, making it difficult for people to understand what’s at stake.

Gitschlag said there will be 25 Bengali ballots for each of the seven precincts, which will be represented at four locations during the upcoming election. He said the city will rely on 21 Bengali speaking (and seven Yemeni Arabic speaking) election poll workers to provide language services.

Rebeka Islam is the executive director of Asian Pacific Islander American Vote MI (APIA-VOTE MI), a grassroots nonprofit organization which aims to increase civic engagement and mobilize voters. APIA-VOTE MI has been working in Hamtramck since 2007. 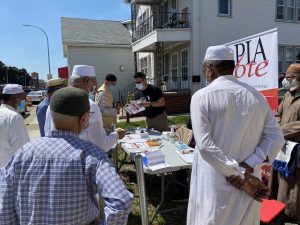 APIA-VOTE MI made 50,000 phone calls across Michigan and hosted educational seminars to inform voters about the election. (Photo Courtesy of Rebeka Islam.)

Islam said, “language is often a barrier to individuals attempting to participate in the voting process,” particularly when it comes to candidates and how their positions may affect people.

She said Michigan’s Bangladeshi population is between 30,000 to 100,000. “While this information isn’t documented, based on what I’ve seen I’d estimate there is one Bangla translator per 10 English translators,” she said.

About 30-40 volunteers interpret information in multiple Asian languages. Volunteers monitor election polls, and conduct poll surveys at five locations. With elections during COVID this year, extra precautions will be taken for the health and safety of election workers.

APIA-VOTE MI sent home mailers across Michigan, translated in Bengali or Bangla early this month. They are also providing sample ballots, educational seminars, a forum with city clerks, ads, and have made 50,000 phone calls since October 2020 to Asian American Pacific Islanders.

Along with interpreters at the election polls, MIBADC’s Mahmud and Nazmul Hassan (Shahin), chairman of the board and founder, said they can provide election day rides or help, by calling: Mahmud: 248-238-9242 or Hassan: 734-262-1323.

Voters can also take their own interpreter with them to the election poll beside an employer or agent of the voter’s union, according to Voter Rights.