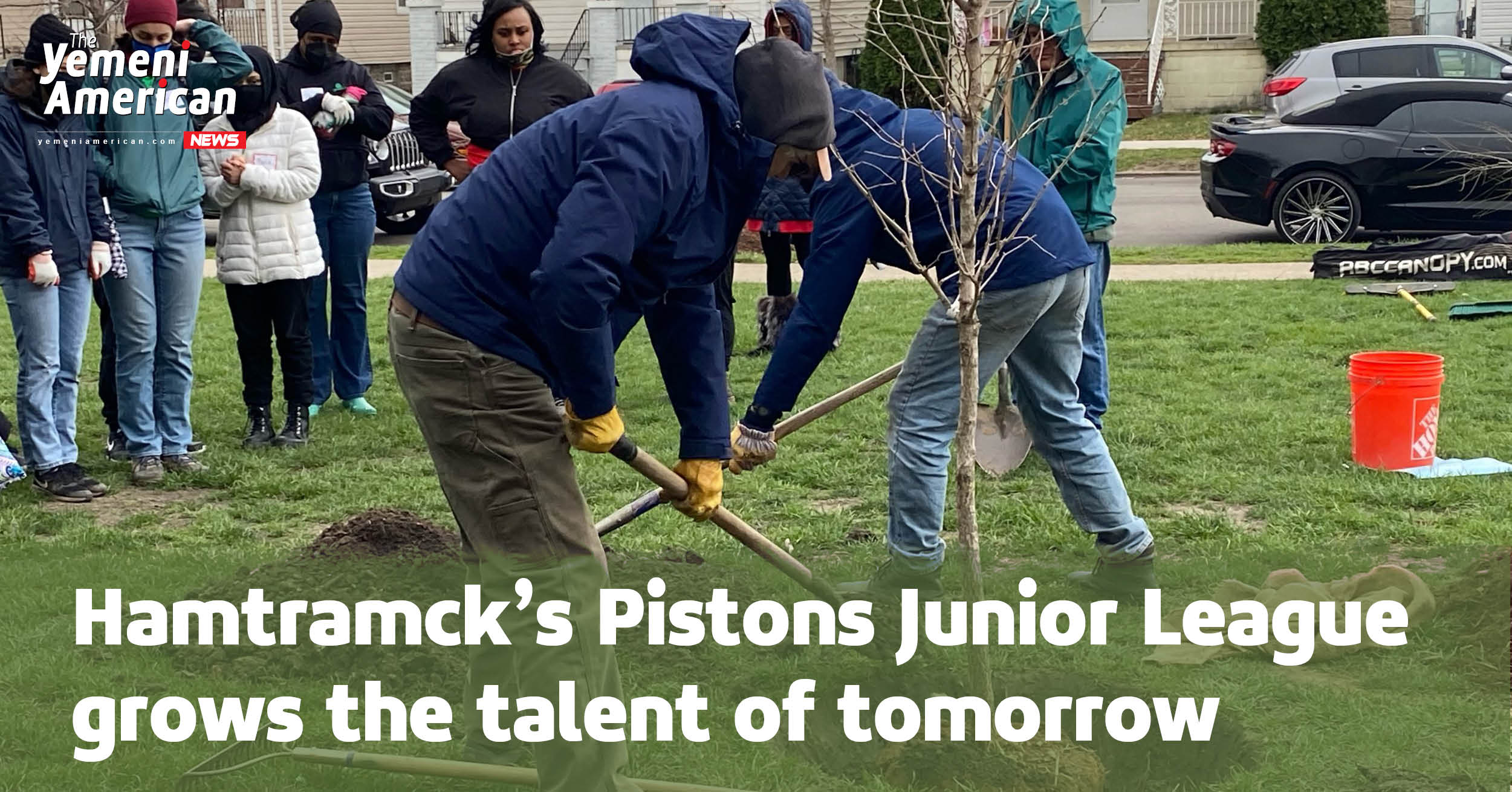 HAMTRAMCK, Mich. – At a tree planting today in conjunction with the Greening of Detroit, Hamtramck Public Schools sought to remember a teacher they lost – Terry Laframboise of Kosciusko Middle School.

“The planting of these trees is a physical reminder that Terry’s legacy continues,” said Tom Niczay, former Superintendent for Hamtramck Public Schools. He added that the trees planted could be a place for family to visit for decades to come.

Around 50 teachers, former students, and his family came to the tree planting. Before the work began, colleagues and former students spoke about his memory, calling attention to his sense of humor and good-natured personality.

Terry Laframboise is remembered for his quick wit, kind personality and having such an important impact on his students while working at Hamtramck Public Schools. Kristen Hurt, Interim Principal for Kosciusko Middle School talked says students often would say that Laframboise was their favorite teacher.

“He just had that personality and that ability to connect with every kid,” Hurt said. “Which is so rare. And he just has such a great sense of humor. Kids were just drawn to him. Everyone wanted to have him as their teacher.”

Laframboise started with the school district in 2001 as a special education teacher before working at the High School and then settling to a Social Studies teacher at Kosciusko Middle School. He earned a master’s degree in Education from University of Michigan – Flint.

Terry is survived by his wife Sarah Diane and his four children. Trees planted in his memory will grow on the grounds of Kosciusko middle school.