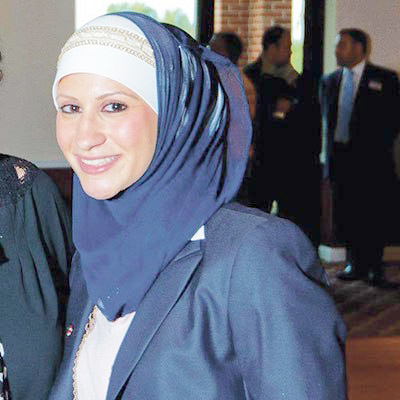 The appointment comes just days after the Clinton campaign opened four more offices in Michigan. One new office is in Dearborn, a city well-known for its high concentration of Arab Americans who have shaped Southeast Michigan’s societal fabric.

Hussein is not new to politics. She played an important role in the primary season as a community activist for the Democratic Party. In 2015, she was named the Director of Constituent Services to Michigan State Senator David Knezek (D-Dearborn Heights).

Many members of the community congratulated her, saying that Clinton is lucky to have her on the candidate’s campaign because of her dynamic personality, hard work, and activism in the community.

Many are speculating that the selection of an Arab American to a high ranking campaign position will increase Clinton’s popularity among members of the community. During the Michigan Primary, Arab American overwhelmingly voted in favor of former Democratic presidential candidate Bernie Sanders. Clinton’s loss in the Michigan Primary was seen as a major blow to the campaign, which could struggle to keep the state blue in November.

The role of Arab Americans in local politics is the first step to enforce positive policy developments at the national level. Hussein’s position guarantees a voice for the Arab American community in this increasingly important presidential election.