After Years of Service to Dearborn, Saeid Alawathi Wants to Represent the Whole City. 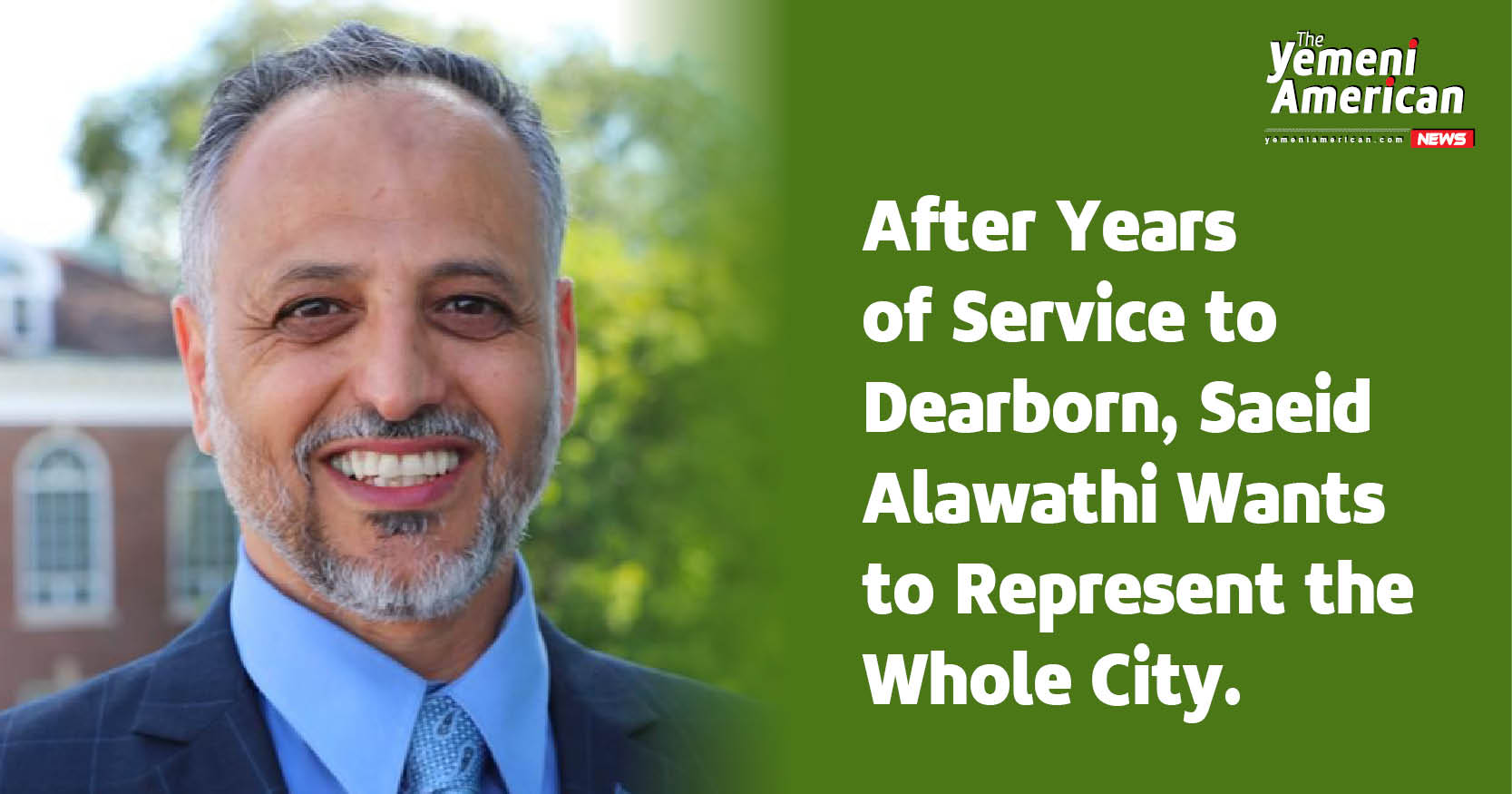 Dearborn, Mich. – After years of public service throughout Dearborn and its surrounding communities, Saeid Alawathi is running for one of seven seats on the City Council.

Tackling his issues in the same way he tackles his community-oriented efforts, Alawathi is running on a platform that focuses on city finances, equitable service for senior citizens and public safety that serves everyone. He says that these priorities came from knocking on doors, listening to residents’ concerns, and coming to an agreement about what the city needs.

“I listen to see what their issues are and try to come up with solutions for the majority,” Alawathi said. “For the most part, we agree on these issues, and we talk about how we can resolve them… I’m not just coming up with this list of priorities through my personal thoughts. I have to see what the residents’ issues and concerns are before I can think about my own.”

Currently, Saeid works with ACCESS, providing services that connects job training and opportunities for those who have mental disabilities or difficulty finding work. His work with ACCESS over the past seven years has connected people with meaningful employment through partnerships with businesses around the Metro Detroit area.

Throughout the beginning of the COVID-19 pandemic, Alawathi worked through direct aid programs meant to assist people with the effects of the pandemic. That meant helping with COVID-19 testing efforts, connecting people with vaccination opportunities once they were made available, and even direct aid for food insecure households.

“I also, during the pandemic, coordinated and put together biweekly food drives,” Alawathi said. “That was my Saturdays, 8am to 8pm – if not later than that. I remember working there until almost midnight a couple of times. That was in cooperation with food banks like Gleaners, the Michigan Muslim Community Council [MMCC], and local businesses in Dearborn.”

That service has informed Saeid of the needs of the city and its surrounding communities. Now Saeid, who announced his campaign in April of this year, is thinking through what it could mean to serve on Dearborn’s City Council.

Saeid is an East Dearborn resident. Growing up, he spent his youth in the Southend after coming from Yemen. He is the father of five girls, and a grandfather to five children. All of his efforts are directed toward making the city a better place for all of its residents.

“This city needs city-wide representation,” Alawathi said. “We have an issue with our pollution, our environment, that’s not being addressed as much as it should be. We have to be a lot more serious with the people who have influence and the people who can make that change, with the people or companies that are willing to listen to people.

“We need to be finding ways to resolve these issues, rather than paying these expensive violations to the state of Michigan and still getting away with harming people in our area and in our city. We need to come up with solutions.”

As a candidate, Alawathi has been getting to know the people and issues he hopes to help throughout the city. But rather than being someone who only comes during an election, as he calls it, Alawathi wanted to stress that he’s been around a lot longer than just this campaign cycle.

“People know me in the Dearborn area as someone that they can reach out to for any help with anything,” Alawathi said. “So I’m not an individual who’s limited to work with my Yemeni community. I am able to work citywide.”