After Historic Election, Hamtramck to Swear-In Elected Officials on Jan. 2 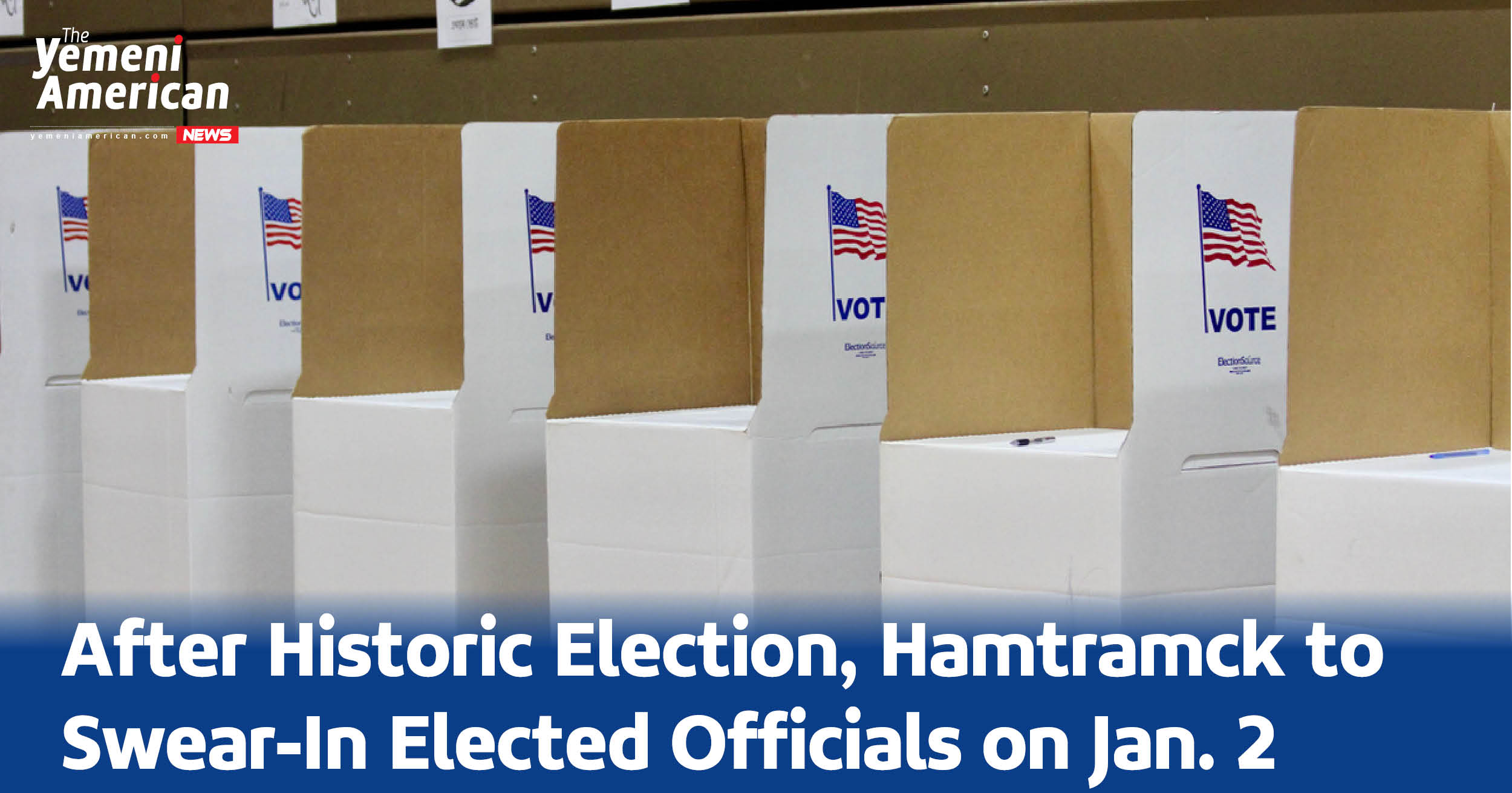 After this year’s high-energy election, the new mayor – Amer Ghalib – will take the leadership of the city. His campaign centered around a more intuitive dialogue between residents and their elected officials. One of the most concrete plans for Ghalib’s time in office, he says, is making sure to listen to the residents he leads.

The swearing-in will take place on Jan. 2, at 1:00pm. Doors open at 12:30, with light refreshments served. Attendants are requested to wear a mask.

This Government is Different

For the first time in American History, a Muslim mayor will be leading not just one, but three US Cities, including Hamtramck. While this is a historical moment for Muslim and Arab Americans in the diaspora, Hamtramck has taken this historic moment even further.

With the election of the three new city councilmembers, Hamtramck will have an elected body entirely composed of Muslim Americans. Adam Albarmaki, Khalil Refai and Mohammed Alsomiri are Yemeni Americans who have earned a spot on the council while emerging from Hamtramck’s numerous Yemeni American population.

Mohammed Hassan and Nayeem Choudhury are from the famous Bangladeshi American enclave. And Amanda Jaczkowski seems to bridge the old and new definitions of the city by being a Polish American follower of the faith.

This new composition for the city’s leadership has been highlighted by many, including the Arab American News and even CNN. But while the photo-ops and celebrations are still ongoing, the work begins soon after the new year.

The Campaign Proposals for City Government

Ghalib, Albarmaki and Jaczkowski previously talked with the Yemeni American News about their plans for the new era in Hamtramck’s History. A unifying goal for the candidates was concrete action to alleviate the risk of flooding, as seen over the previous summer.

For Albarmaki, this was at the same place of importance as his goals of resolving City Budget issues. Over this summer, the Hamtramck City Government was told that by the year 2024, the city would go bankrupt. At the root of the city’s challenge is the pension obligation for the city’s retired emergency responders.

“I plan to work on prioritizing funds within our budget to tackle current issues, including pensions for the police and fire department,” Albarmaki said.

For Jaczkowski, this was at the top of the priorities she laid out for the next City Council. “Local Economic Development and Fiscal Stewardship” appeared just above Transparency, Public Health and Infrastructure in a survey of candidates published by local nonprofit All in for Hamtramck.

Khalil Refai did not respond to requests for in interview leading up to the election.

For Mayor-elect Amer Ghalib, the political outsider has said his focus will be on creating a collaborative dialogue between the city’s leadership and its residents. And as the challenges of the city’s previous body of elected officials continue even after the election, the city will need the talent of all its elected officials into the new year.