Abraham Aiyash made history; now he wants to change policy 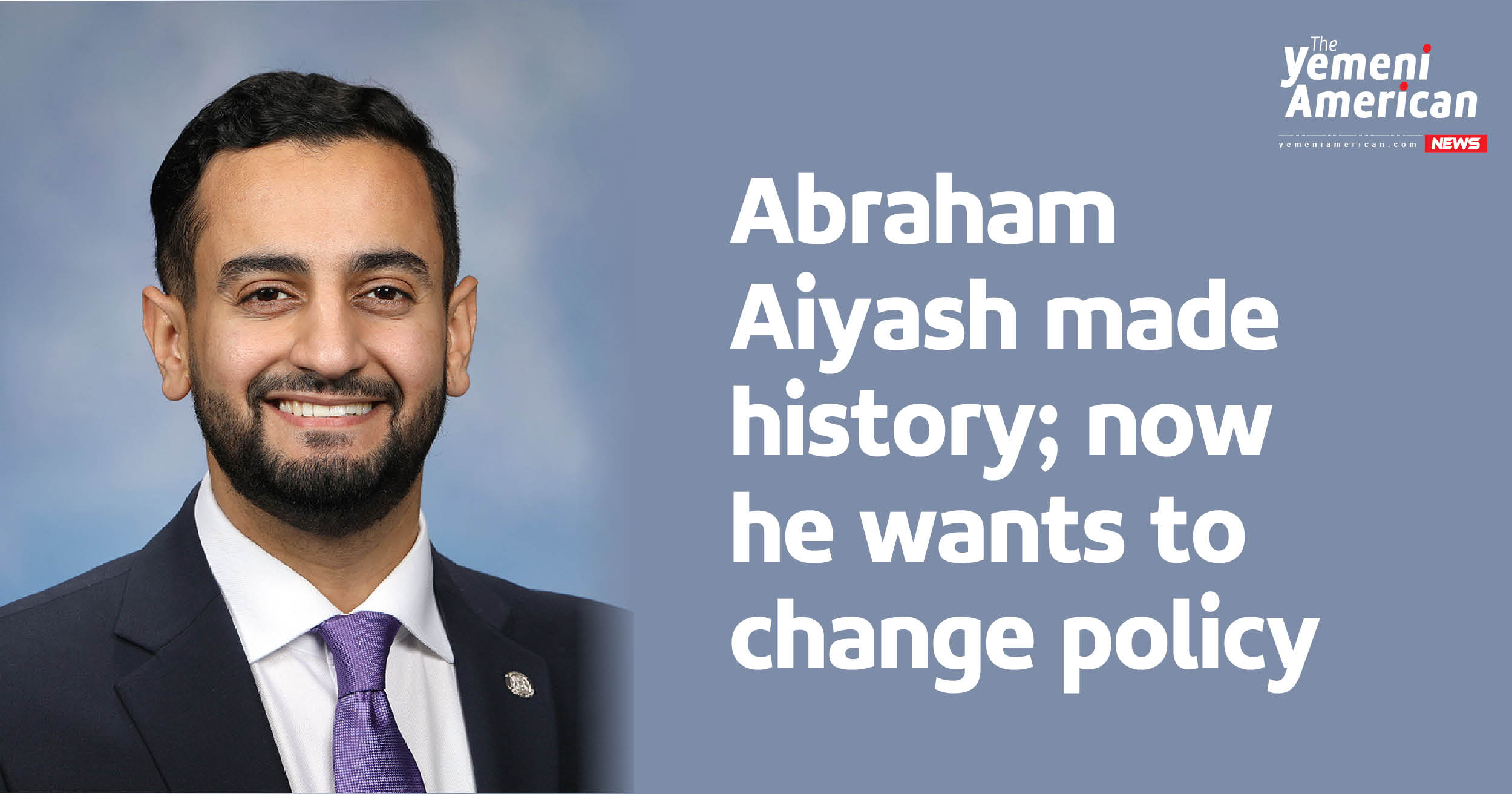 Abraham Aiyash cannot wait to get to work.

The son of Yemeni immigrants identifies with his working class roots and family’s immigrant story, and he says he is driven to public service by his Muslim faith. The layers of his identity boost his ultimate aim – to improve quality of life for every Michigander, protect the planet that we all share all and safeguard the rights of workers.

Aiyash was selected by his colleagues last month to serve as Michigan State House majority floor leader, second in command in the chamber after the speaker. He will become the highest-ranking Muslim in Michigan’s legislative history.

As the much anticipated red wave turned into a blue tsunami in Michigan, Democrats did not only manage to retain the governorship, but they also regained control of the state legislature for the first time in decades – giving them a historic opportunity to implement their agenda.

Governor Gretchen Whitmer has been limited in what she can do with a Republican-controlled legislature, but now she can enact pro-labor, gun reform and environmental protection laws.

And Aiyash may be at the forefront of those efforts.

“My goal is to make sure the work economy is responsible and caring for the citizens,” Aiyash told the Yemeni American News.

“I want to make sure we invest in public education and a clean planet. I am focused on protecting our air, land and drinking water. We have two years to get our work done and make sure we can make a lasting impact.”

First elected to the State House in 2020 after the death of State Rep. Isaac Robinson, Aiyash has continued with the late lawmaker’s progressive legacy.

In his district, which includes Hamtramck and parts of Detroit, he was a community organizer from a young age, and as he entered politics, he never gave up his progressive activism.

Arab Americans have been cementing their foothold in Michigan politics for decades. But it always seemed like Yemenis were underrepresented within the broader community’s representation. Aiyash is changing that at the state level.

“I grew up in a working-class community. My dad had the opportunity to have a unique job in being an immigrant and coming to this country and laying the foundation for my family,” he said. “His sacrifices allowed me to be able to serve this job and go to college. I am forever indebted to him. The story of an immigrant inspires me. My faith also drives my public service. I am incredibly honored to have this role.”

For Aiyash, it’s more about public service and the broader community of constituents. He acknowledged the historic significance of his selection as House majority floor leader – as a Muslim, Arab, Yemeni lawmaker – but he said he is focused on being the “best” in that position.

“I understand that I serve many different backgrounds so it’s important I am inclusive of everyone I serve,” he said.

On the issues, Aiyash outlined his policy priorities: “Finally addressing the concern of auto insurance. Changing the laws that are more worker friendly. Protecting our Planet. Tackling issues of affordable housing. Investing in public transportation. Be a state where people can move around and have good parking.”

Aiyash also wants to implement campaign finance reform. “There’s too much dark money in our politics,” he said.

This year the pro-Israel lobby the American Israel Public Affairs Committee (AIPAC) and its allies heavily targeted Michigan, spending millions of dollars against supporters of Palestinian rights, including Rep. Rashida Tlaib and Jewish-American Congressman Andy Levin, who lost his primary to Rep. Haley Stevens. (To be clear, Aiyash did not mention AIPAC and Israel in his comments to the Yemeni American News.)

The Democratic majority will take office next month, and Aiyash’s achievement caused jubilation across the Arab Community.

Aiyash will serve under Joe Tate, who was selected as the first Black top leader of the State House. They also selected Winnie Brinks to serve as the first female Senate Majority Leader.

“I am looking forward to a legislature that will once again return to a sense of decorum, absent of scandal, because they will be led by the best – Speaker Joe Tate and Senate Majority Leader Winnie Brinks,” Lavora Barnes, chair of the Michigan Democratic Party, said in a statement last month.