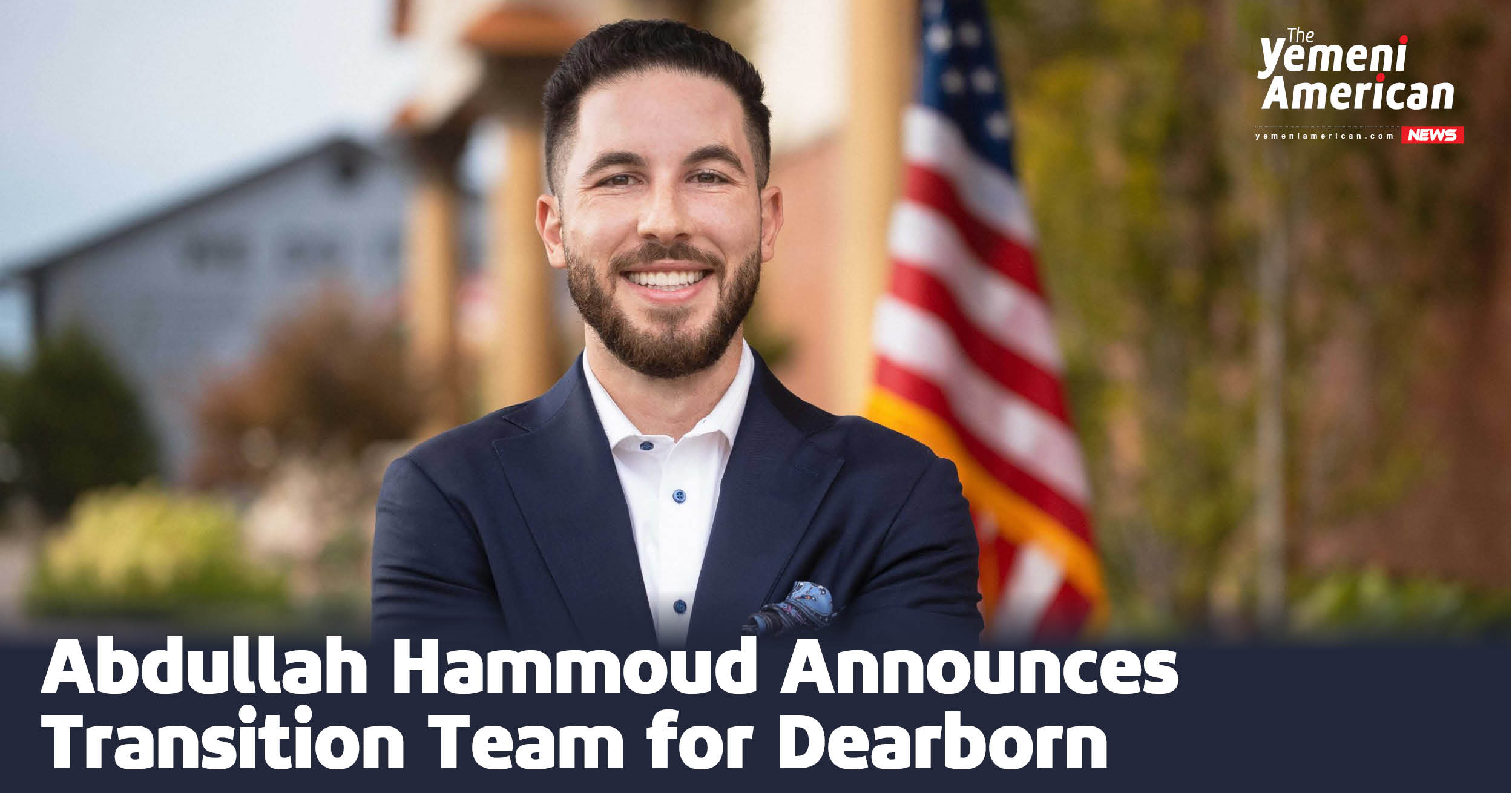 Dearborn, Mich. – This week, Dearborn Mayor-elect Abdullah Hammoud announced his transition team for the weeks ahead of his taking the full responsibilities of the office. Drawing from healthcare experts, business leaders, and voices in civic engagement, the transition team is intended for a smooth progression into Hammoud’s agenda for the city.

“There’s a lot of excitement around the city, but the challenges that Dearborn faces are not going to wait as a new administration settles in,” Hammoud said. “We’re already getting to work charting our course so we’re ready in January. This impressive group of individuals will help ensure we are taking the right steps and building the city government to best serve Dearborn residents.”

The transition team will be led by Marianne Udow-Phillips who, among various positions, is senior advisor to the Center for Health and Research transformation at the University of Michigan.

The team of eight will “advise the mayor-elect on key issues facing the city and help vet key staffing decisions, provide input on policy development, and identify action items that ensure the new administration transitions smoothly into office,” reads a press release from the office of Abdullah Hammoud.

“I’m honored to work with such an accomplished group of individuals as the mayor-elect leads Dearborn into a new era,” said Udow-Phillips. “Surrounding yourself with a diverse set of strategic minds and voices is a mark of good leadership, and I look forward to helping this group inform the mayor-elect’s transition.”

Hammoud’s transition team will be composed of eight experts in their field: