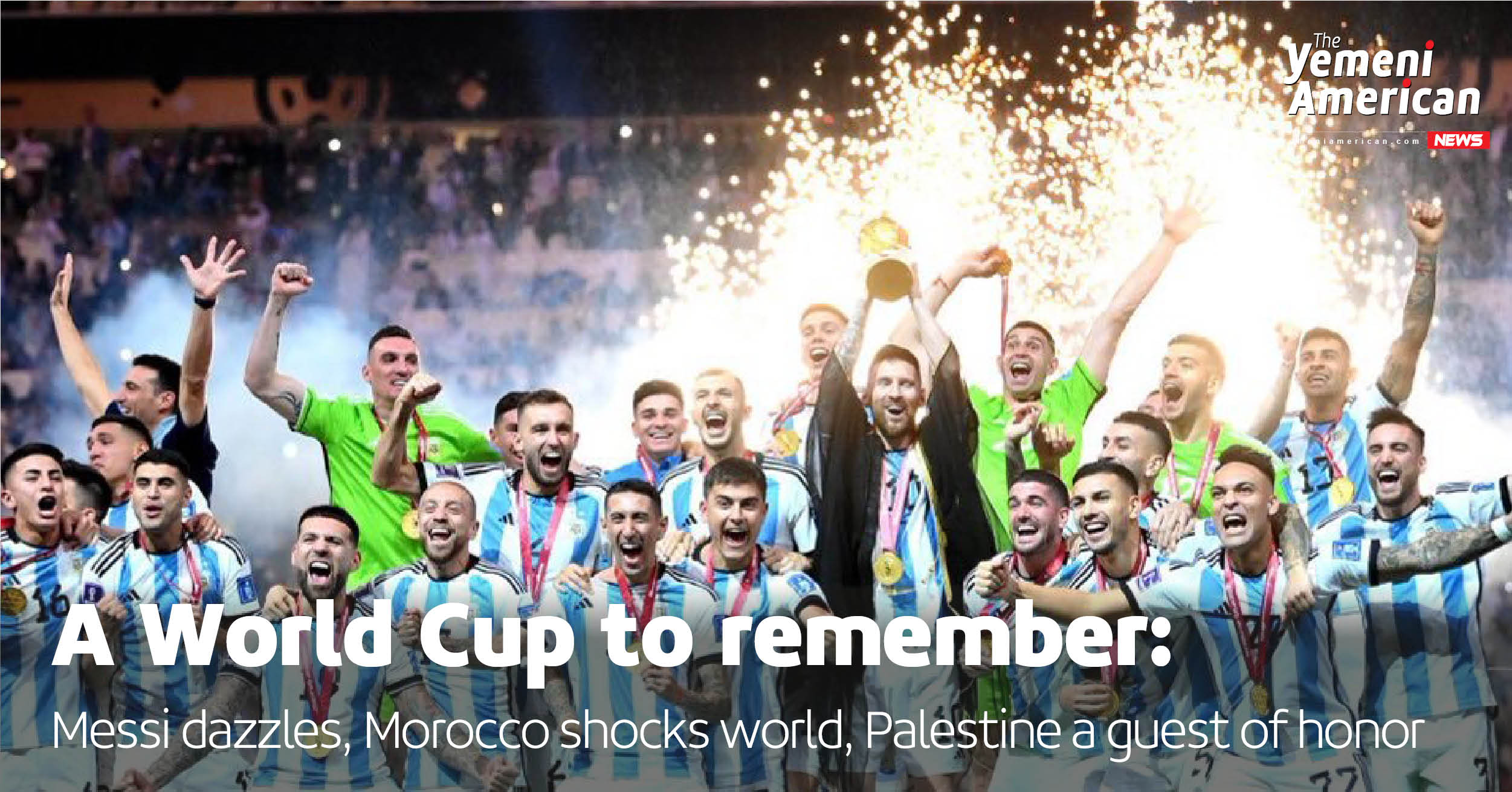 Morocco was the star of the show. Palestine was the guest of honor. And Argentina took home the prize, with Lionel Messi making a difficult-to-dispute statement about his status as the greatest of all time.

The Qatar World Cup delivered the most thrilling football contest in recent memory, which culminated in a six-goal final that went to a penalty shootout.

With seven Ballon d’Or awards, one Copa America, a few Champions League victories and numerous domestic titles, Messi’s trophy cabinet was pretty full. But the absence of the World Cup had left a void there.

It was Messi’s last dance, and he made it count – winning the trophy that had eluded him for so long to join past greats like Pele and Diego Maradona.

And he did it in the most dramatic way helping his Argentina teammates beat France at the final.

When he lifted the World Cup, Messi was draped in an Arab bisht. What has been dubbed the Arabs’ World Cup delivered on its promise on and off the pitch.

The eventual champions started their campaign with a loss to Saudi Arabia, highlighting the beautiful madness of the tournament. 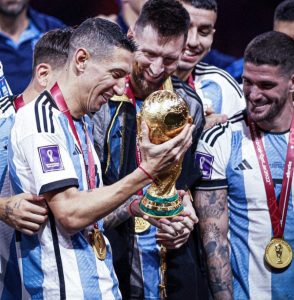 Palestinian flags were abundant in the stands in every game, reasserting the Palestinian cause’s centrality to the Arab identity. And on the field, Morocco shocked the world in becoming the first Arab and African nation to reach the semi-final.

The Atlas Lions toppled European heavyweights Belgium, Spain and Portugal en route to the semis before narrowly losing to France.

In the Arab World’s first World Cup, an Arab team was two goals away from the final. Morocco hardly has a star-studded team. Many of their key players ply their trades in mid-table clubs across Europe, but they managed to send home some of the world’s biggest stars – the likes of Kevin De Bruyne, Pedri and Cristiano Ronaldo.

But what set out Morocco from the rest was their team spirit and playing as a unit. That family-like bond was perfectly captured in the celebrations of the Moroccan players with their mothers. They were playing for something greater than individual glory.

And Qatar gave Morocco a de-facto home advantage with the Atlas Lions’ fans filling out the stadium in every game for their team.

In contrast with the celebration of Arab culture at the World Cup in Qatar, many Western media outlets showed a despicable face of racism in their coverage of the World Cup.

Arab Americans know first-hand that the societal norms that protect groups against bigotry often stop short of covering Arab communities. Anti-Arab hate and ignorance is too often tolerated in the West.

That was abundantly clear with the so-called Bishtgate, when European and American commentators presented the honoring of Messi with a symbol of Arab culture as an affront to soccer.

One British journalist described the bisht as a “sleazy cloak”, while BBC commentators said it was a “shame” that Messi was wearing it over his Argentina jersey. But the GOAT himself appeared to accept and wear the garment with pride.

The bisht debate was not about Qatar’s policy, labor rights or the LGBTQ community. It was just a naked display of hate against Arab culture.

Another demonstration of racism was the spread of conspiracy theories around the tragic death of US soccer journalist Grant Wahl.

The celebrated reporter died of ruptured aortic aneurysm while covering the tournament, but logic-defying reports and social media posts that Qatar may have been involved in his death quickly started to spread.

Still, despite years-long campaigns to discredit the Arab World’s first World Cup and cast doubt on whether Qatar had the ability to organize the event, 2022 gave us a tournament that will be remembered for generations.

World Cup by the numbers

Here are some interesting facts from the tournament: