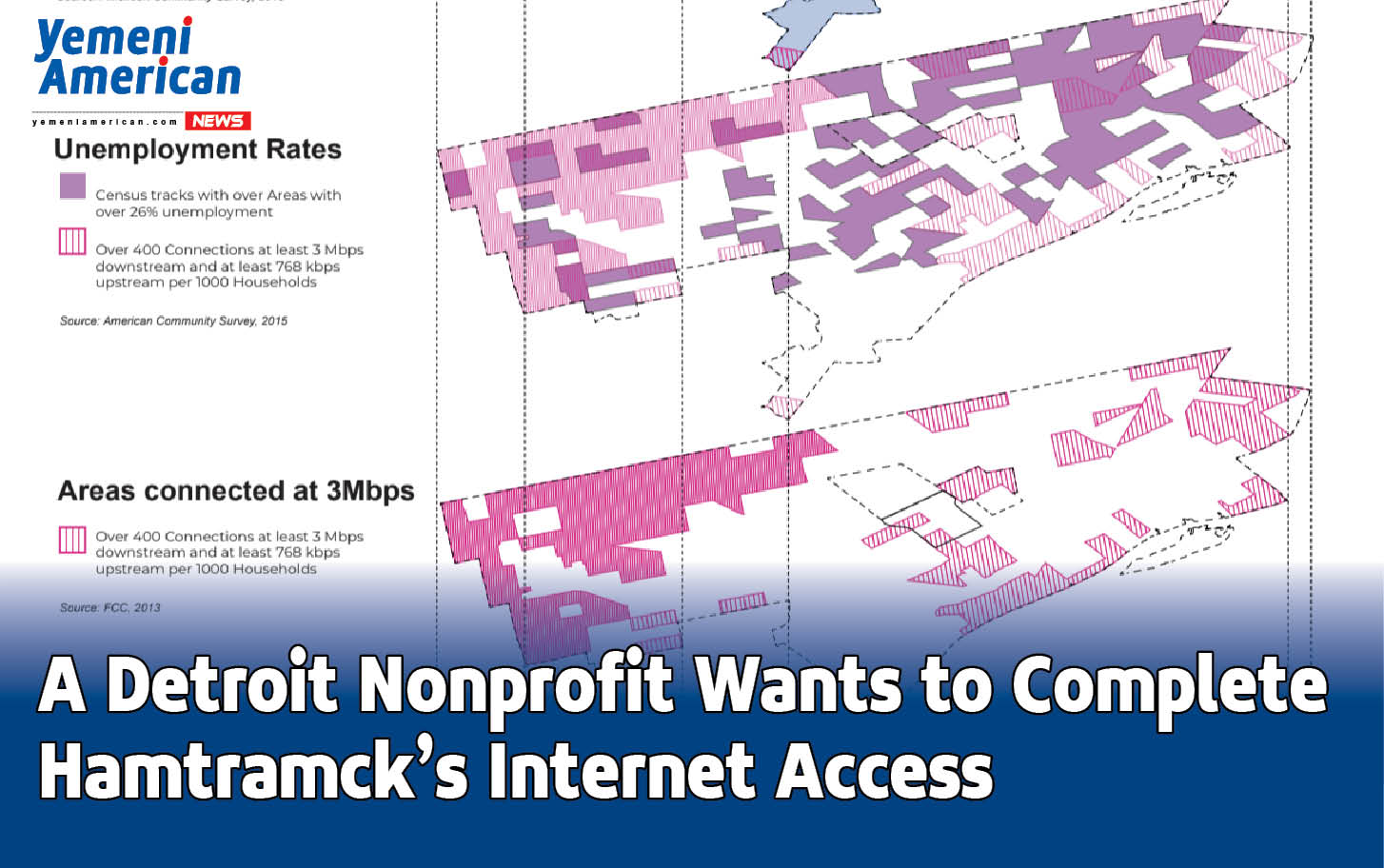 HAMTRAMCK, Mich. – A North-End nonprofit wants to expand its work, bringing quality internet access to the surrounding communities that have been left out of major network infrastructure.

According to a study published by the New School’s Digital Equity Laboratory, reliable internet infrastructure, like connection to broadband networks, has been disproportionately built around higher-income neighborhoods of Detroit, and its surrounding communities. This leaves aging infrastructure that often can’t support up-to-date internet speeds in communities like Hamtramck’s South End.

A huge part of the population is now unable to participate in basic necessities, like healthcare, school and voting, according to the New School’s study.

“The National Digital Inclusion Alliance defines Digital Equity as ‘a condition in which all individuals and communities have the information technology capacity needed for full participation in our society, democracy and economy,’” reads the study. “Digital equity is necessary for civic and cultural participation, employment, lifelong learning and access to essential services.”

“They stopped fiber in the neighborhoods because it wasn’t profitable for them; they couldn’t get the prices that they wanted,” Rev. Ross said. “…If I were living in one of those neighborhoods that had lower income levels and things like that, then they would say they’re not going to run fiber there because they can’t make that kind of money.” 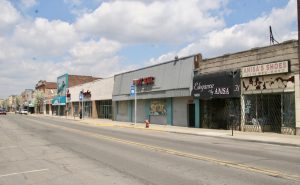 Broadband Connection is concentrated around the neighborhood near City Hall in Hamtramck, according to a study published by the New School.

This digital divide has been a well-documented occurrence in the area, with an estimated 70% of school-aged Detroit area residents left without internet at home. Despite major international institutions like the United Nations calling on Governments to treat internet access as a human right, major US cities’ low-income communities have often been left out of this access.

As a solution, NEWCC has established the Equitable Internet Initiative, a nonprofit that works to provide internet infrastructure and maintenance to communities that have been left out by ISPs. With funding from the Federal Communication Commission’s Emergency Broadband Benefit Program, EII is able to provide internet access at no-cost for the rest of the pandemic response. Having gone from the North End neighborhood of Detroit to Highland Park, EII has its eyes set on connecting Hamtramckans.

EII is carrying out its efforts with Hamtramck-based Detroit Friendship House. The two organizations work on separate projects but try to achieve the same goal of connecting families in their communities with the contemporary demands of technological connectivity.

“We heard a lot of families were having trouble with access to technology,” said Khurshida Hossain, Program Director for Detroit Friendship House. “And with the kids being, you know, online, virtual, Rev. Ross calls and we think, hey, maybe we can put two in together, maybe we can alleviate some of those technology needs in our community. So that’s how [this partnership] really came about.” 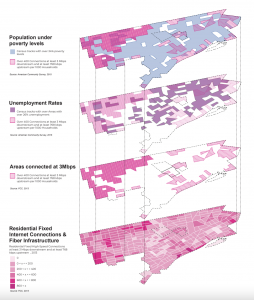 The relationship between socioeconomic disparities and broadband connection access (Source: The New School).

EII also has trained and hired people to maintain the network’s infrastructure through its digital steward’s program, offering them a living wage in exchange for their work.

“They learned how to install the network, they maintain the network,” Rev. Ross said. “We have 24-hour maintenance on our network just like comcast does. They go, we put them through school, they learn the technology part, as well as the community outreach part. Because this is a community owned network. I mean, we are a community. So we learned to organize for a community.”

But neither EII nor Detroit Friendship House could do this alone. Working on this project as a larger team meant bridging the gap between two distinct communities that live right over a city border.

“I’m not trying to go into Hamtramck and be Hamtramck,” Rev. Ross said. “I just want to take a service that we have, that we’re capable of doing in our community, and demonstrate really that the community has the skills and the necessary ability to build our own internet.”