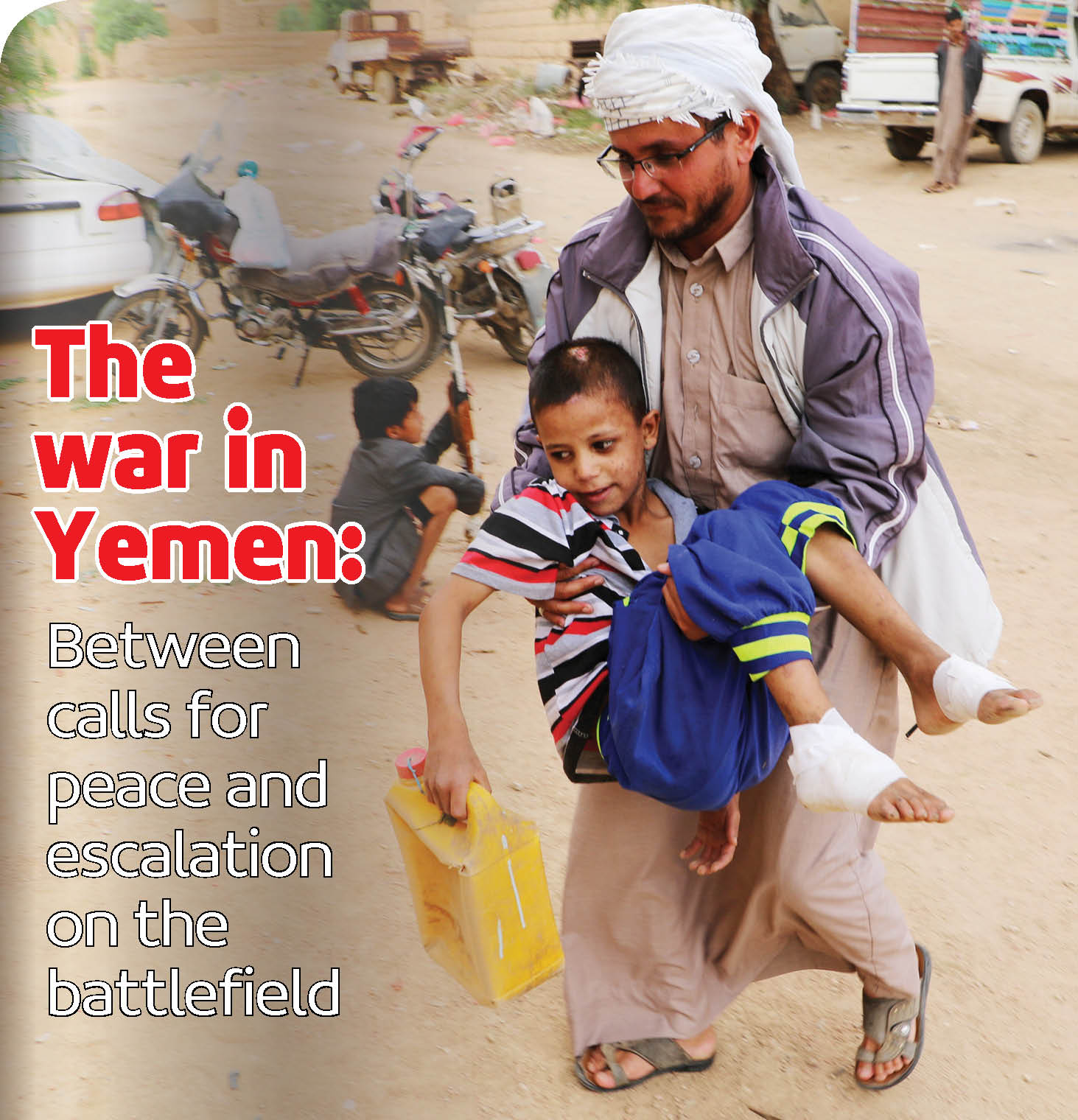 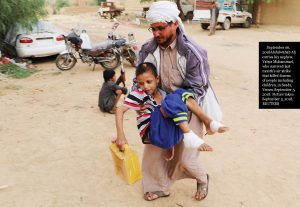 Qaid spends more than 12 hours a day selling cigarettes and candy on a cart in Sanaa, but he can barely feed his family, which is solely dependant on him.
“I send them every week 4,000 riyal ($16), sometimes 5,000.. Depending on the sales,” he said.
While aid organizations say 70 percent of Yemenis live on less than $1 a day, Qaid’s entire family – his wife and four kids – live on under $1 a day. This indicates how dire the humanitarian situation in Yemen is. It may be even worse than the assessment of aid groups.
The country is on the verge of famine that could be the worse in modern history.
And a solution does not seem to be near, although the United States and its Western allies have been calling for an end to the war.

‘Time to end this conflict’
“It is time to end this conflict, replace conflict with compromise, and allow the Yemeni people to heal through peace and reconstruction,” US Secretary of State Mike Pompeo said on 31 October.
Pompeo urged “all parties to support UN Special Envoy Martin Griffiths in finding a peaceful solution to the conflict in Yemen based on the agreed references”.
But despite those calls, the United Nations has postponed the negotiations between warring parties until the end of the year, signaling that the war will not be coming to a conclusion any time soon.
Furthermore, the rhetoric from Washington has not matched positions necessary for putting end to the bloodshed in Yemen.
The US administration has remained silent despite the military escalation on several fronts following the announcement of the new round of peace talks, as if the warring sides are preparing for the possible peace by committing more abuses to gain ground and leverage at the negotiations table.
In this context, the international community bears the responsibility of its silence while the Saudi-led coalition stays responsible for the death and destruction as well as the warring parties that have dragged the country to the edge of the abyss.

How will it end?
What Hodeidah is witnessing today reveals the ugly face of this war. Saudi and Emirati-backed forces have continued their brutal assault on the coastal city despite claims of a looming peace.
Fleeing civilians stuck in the crossfire are dying by the dozens. Hodeidah is going through the same fate of Aleppo and Mosul of complete obliteration.
From the contrast between the battlefield and the negotiation table, an essential question emerges: Is the War in Yemen heading towards a military victory, a negotiated settlement or both?
Yemeni author Hesham Mohammed said ending the war is necessary at the humanitarian level, but he does not see a political solution on the horizon, especially that the warring sides seem unwilling to make compromises.
“Also international players have not been pushing for reaching deals to end the war; they are not pressuring the various sides on the ground to agree to solutions,” Mohammed said.

Despair
What is clear, however, is that Yemenis have reached a level of frustration that borders on despair. They are no longer interested in the political process, or even the war.
“Because of the war and what it has done for us over the past few years, we no longer care about how things will end,” said Marwan, a university-educated young man who now uses his motorcycle to earn money from deliveries.
“Nothing remains but the idea of death, even that, we don’t fear it anymore because we feel like we are dead even if we are alive.”
He added that people are not concerned about who emerged victorious from the conflict.
“What has this side or that side given us… They’ve given us nothing but destruction.
Abdullah Saleh, a man in his 70s who owns a bakery in central Sanaa, is equally uninterested in the politics of the conflict.
“What matters to me is that the war stops. We need a solution. Life has become hell and things are getting worse every day… the situation is unbearable,” he said.
Still, politicians around the world seem to recognize the need for an end for the conflict.
Last month, US Senator Bernie Sanders said Congress to step in to stop Washington’s involvement in the war.
“Not only has this war created a humanitarian disaster in one of the world’s poorest countries, but also American involvement in this war has not been authorized by Congress and is therefore unconstitutional,” Sanders wrote in a column published by the New York Times.