What the Data Tells us About Michigan’s Coronavirus Outbreak. 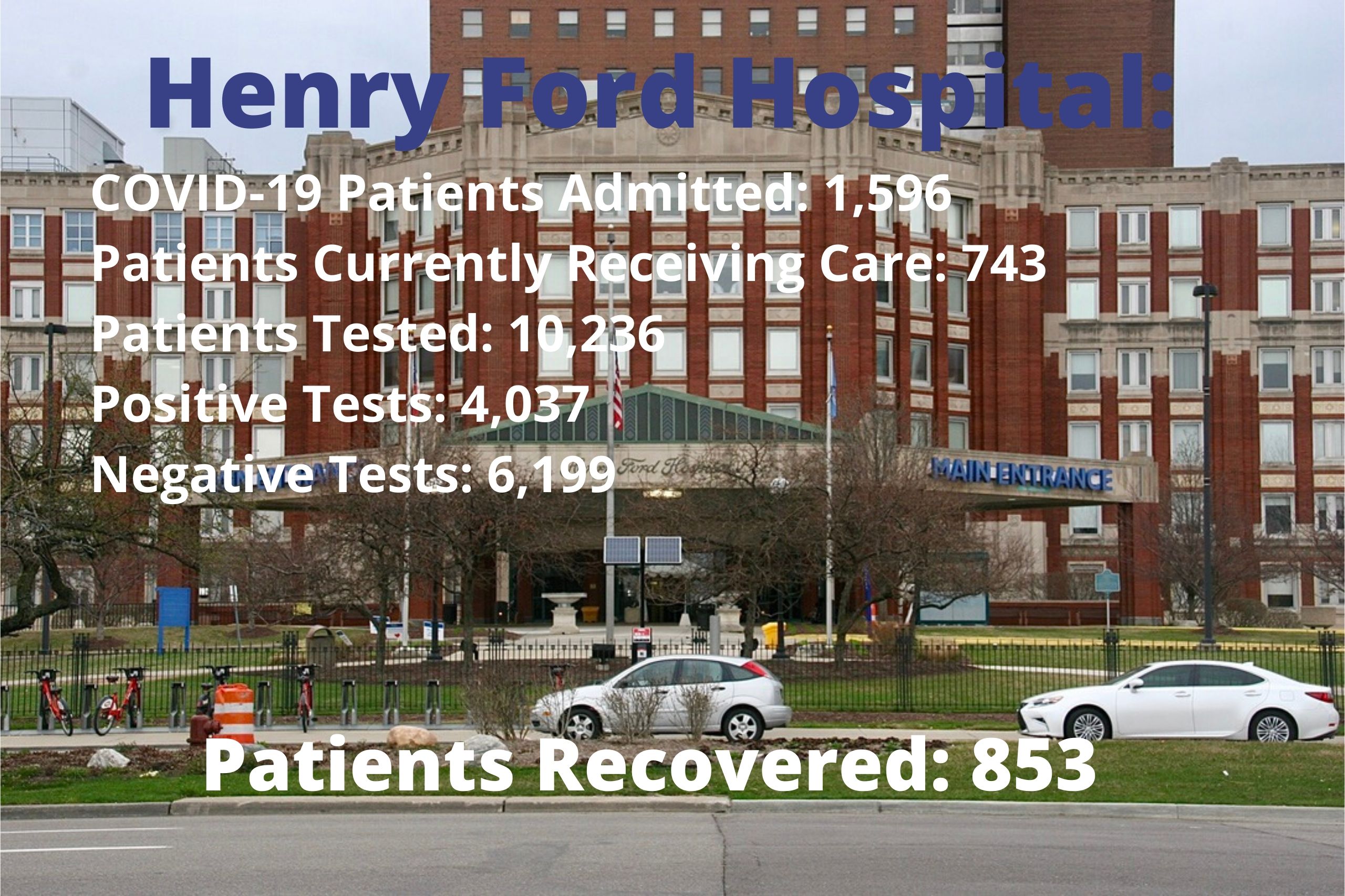 Since Mar. 16 of this year, 1,618 patients have been admitted to Henry Ford Hospital with severe COVID-19 Symptoms. After being tested, either before admission or after the symptoms worsened, they became part of the general statistics we see of active COVID-19 cases in Michigan.

Those numbers, as reported by each hospital in Michigan, is something the Yemeni American News reports every day. But it doesn’t tell the whole disheartening story, and neither does it tell the whole hopeful story.

Henry Ford Hospital recently reported these numbers. But this is the total number of patients that this specific hospital has treated. It’s a lot harder to find the information on who’s recovered from the illness in all hospitals in Michigan. And there has actually been a lot of people who were discharged after getting off ventilators and moving out from the Intensive Care Unit.

Testing procedures in the State of Michigan have made the exact figure of recovered COVID-19 cases harder to find. Because many areas of the United States have a limited amount of testing resources, the test kits are rationed for patients who have severe symptoms or are at the highest risk for developing COVID-19.

So for many people who develop mild symptoms or are asymptomatic – meaning they carry the virus but do not experience any symptoms – that figure is not a realistic statistic that can be judged by researchers.

All these issues are at the forefront of what is an internal debate among many reporting agencies. So how can people learn a realistic figure that is both attainable to research and gives a glance at how many people will survive this virus if they contract severe symptoms?

According to Media Relations Manager Kim North Shine, 778 patients have been discharged from Henry Ford after recovering from COVID-19. That’s 48% of patients recovering after spending an average time of six days in intensive care.

127 patients have lost their lives to the illness.

Another number that’s important for the story is what we find when looking at the testing. Henry Ford has released the numbers for patients they’ve tested, and around 60% of patients – or 5,454 out of 9,034 patients tested – have shown negative results for the Novel Coronavirus.

There’s a lot of reasons why these numbers are difficult to find. Gov. Gretchen Whitmer is waiting for the right protocol for reporting these numbers.

In a Press Conference on Monday, Chief Medical Executive for the State of Michigan, Dr. Joneigh Khaldun said that we can expect data about the COVID-19 patients who’ve recovered sometime this week.

What we’re likely to get from that data is the exact number of patients who meet these criteria: they have contracted the virus, they have had severe enough symptoms to get tested, the symptoms worsened enough to be admitted to a hospital’s intensive care unit, and they have then recovered since their time in the intensive care unit and regained full health.

And if we’re looking at the data from just that scope, the numbers will be much less than what is actually the case.

In the same press conference that happened on Monday, Gov. Whitmer talked about the public need to get a clear number. People in her administration have been working toward something known as an antibody test.

The antibody test can determine the immunity a person has from the COVID-19 illness. So if someone used to be sick from the Novel Coronavirus, their body’s immune system will develop antibodies that can then show that their body will no longer spread the Coronavirus.

“For a lot of people that may have had COVID-19 and didn’t have dramatic enough impacts to confirm that they’d had it, we want to confirm that they did and that they have antibodies,” Gov. Whitmer said. “You can’t take the COVID-19 test to determine if you had it. That’s why the antibody test is really important. So we are working on that front as well. We want to build that kind of database so we know who among us has got those antibodies.”

As more testing for both the number of active cases and the number of those who’ve recovered – or don’t have the COVID-19 illness anymore – become more widely available statistics, we’re likely to have our best understanding of where Michigan is at in its fight against the Coronavirus Pandemic.

As of right now, Mayor Mike Duggan is depending on his experience running a hospital for judging the trajectory of the Pandemic. He says that when more patients are coming into the hospital than moving out, then the Coronavirus is likely to become a bigger public health crisis.

But when more patients leave than are admitted, that’s when the crisis is being contained. Right now, the city of Detroit is slowly reaching the point of less patients admitted. And although we’re not there yet, we’ll get there eventually.