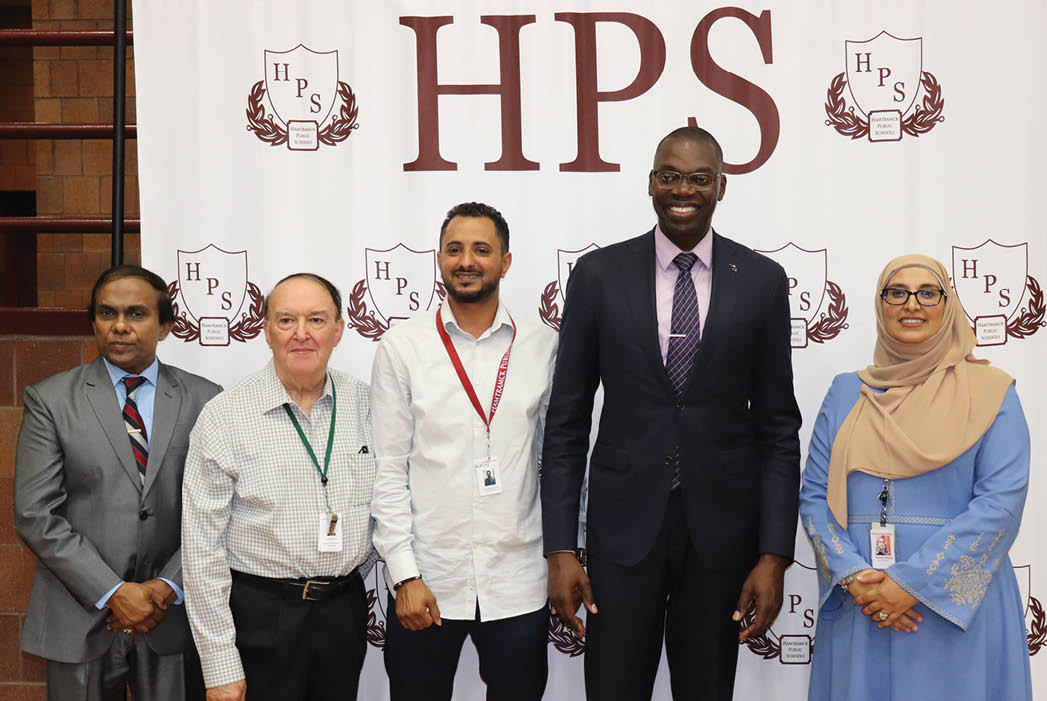 Hamtramck School District parents and students were invited to the Welcoming Hamtramck Families Event where they could meet school district officials, get information about the schools their child will attend, and connect with services and support before the school year begins.

Programs available included health screenings, various community programs like immigration counseling and food assistance, and educational resources. The event was held on the last Wednesday of July in the Hamtramck Community Center on Charest Street.

“Hamtramck is a high-poverty community, so we just want everyone to know the services that are available to them through the public schools,” said school and community facilitator Amra Poskovic.

One such program is the Hamtramck School-based Health Center, which operates in Hamtramck Highschool next to the Hamtramck Community Center. They provide healthcare services to all Hamtramck students free of charge, as well as health insurance enrollment assistance.

The Hamtramck Police and Fire Department also stood outside the event giving tours of their police cruisers and fire trucks to the children of Hamtramck School families. A free lunch was also provided to families who came to the event.

Detailing her work, Ahmed focused on identifying areas of improvement in the school buildings for the first week. She met with the building and grounds directors and the finance chief executive officer to outline the priorities for the facilities.

Ahmed began her work as Superintendent on July 1. Since then, she’s worked alongside a vast amount of families to understand the direction that the school system should take under new leadership.

In the future, parents can expect a broader range of opportunities for their students. The school district is working on a partnership with Henry Ford Community College and Wayne State University. “We really want to go beyond the classroom while having students explore,” Superintendent Ahmed said.

Addressing what Superintendent Ahmed called rumors about the school districts safety, she said she met with families to present data about the safety of the public schools.

“We are a very safe district,” Superintendent Ahmed said. “When they see we have facts to back up what we’re saying, then there’s this comfort [for the families.] It’s important to dispel these rumors.”

After the past month’s work, Ahmed expressed her excitement about the coming school year.

Lieutenant Governor Garlin Gilchrist II also appeared at the Welcoming Hamtramck Families Event to introduce himself to the Hamtramck Public School Board officials in attendance. He also personally met with Superintendent Ahmed before moving on to meet with other school board members.

In an interview, Lieutenant Governor Gilchrist talked about an upcoming program the State of Michigan Government is working toward. The program would bolster funding for school districts that serve a low-income majority student population. This means that funding could improve dramatically for school districts like Hamtramck’s.

“Different school districts have different needs,” said Lieutenant Governor Gilchrist. “It costs more to bring a high-quality education to area’s with systemic poverty, so we’re looking to make a once-in-a-lifetime investment in education.”

The plan under Governor Gretchen Whitmer would provide an extra $180 in funding for each student, in addition to added funds for students from low-income families.

However, the plan didn’t pass for the upcoming school year after Michigan Republican Legislators voted to continue the same uniform system of funding during its vote in June.

“We, frankly, are continuing to up the pressure on legislature,” said Lieutenant Governor Gilchrist. “Because they need to step up now and meet our proposal with a proposal of their own. And they have not done that.”

The staff of Hamtramck Public Schools has been working throughout the summer for the upcoming school year. Their work will implement new programs and bring families closer to the schools where their child will learn.

“There’s definitely a very positive synergy among everyone in the school district.” Superintendent Ahmed said. “We’re all excited. And we can’t wait until the school year begins.”