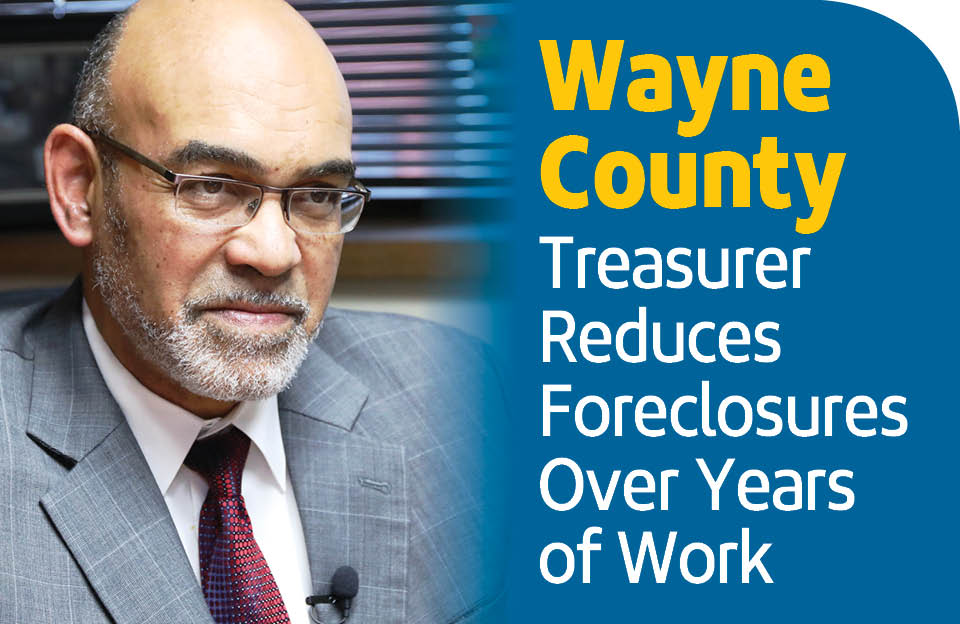 According to the Wayne County Treasurer’s Office, there were around 250 homes in Hamtramck in the process of Tax Foreclosure in 2019. 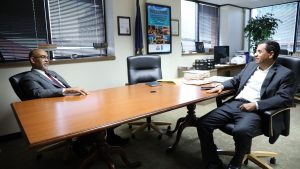 That’s 250 families, couples and people who are at least three years behind on their taxes. And those 250 people could lose their homes, with the only hope being to buy them back from a County Auction.
But in Detroit and its surrounding communities, there’s a lot of people who think that these auctions have been doing more harm than good. According to research published in August by Joshua Akers and Eric Seymour for University of Michigan Dearborn, around 90% of homes were bought in bulk. Meaning that those homes were either bought by an investor or a land speculator.
Wayne County has thousands of homes at risk of foreclosure each year. But in the past few years, the County Treasurer’s Office has focused on reducing these numbers.
“We’ve been able to work a lot on Tax Foreclosure prevention,” said Wayne County Treasurer Eric Sabree. “And we’ve been able to get those foreclosures down by 85%.”
While foreclosures were a big issue between 2005 and 2015, land speculators appeared to dominate the County Auctions. Akers and Seymour analyzed the bulk-buyers’ effect on Detroit and some of its surrounding communities.
Land speculation in Detroit may have made some problems for the city much worse. Akers and Seymour show in their research that homes bought by land speculators and investors have high rates of evictions, with 60% of homes going through two or more evictions.
But what brings the issue to the forefront of Wayne County’s interest is what the UofM Dearborn Researchers found to be the eventual demise of many homes bought in speculation. Since speculators can walk away from properties that are too dilapidated or run down for use, they can send the bill for demolition back to the county.
Akers and Seymour estimated that Wayne County has spent $34 million on demolishing homes bought by land speculators. This doesn’t account for the state of neighborhoods where neglected properties were left standing for years.
The County Treasurer’s Office has worked to slow the foreclosure of homes. They’ve depended on programs that help people who own the properties they live in. Since a Tax Foreclosure is dependent on taxes owed for three years or more, Sabree and his office reduced interest rates. What used to be 18% interest on taxes owed has gone down to 6%.
“If you’re behind on your taxes and you’re paying 18% interest rate every year, that’s worse than some credit cards,” Sabree said.
Helping people get payments within their means wasn’t the only challenge. In the County Treasurer’s Office, they found that many people don’t respond to the requests for payment. So at the recommendation of college interns, they set up a network for automated text messages.
“[College Interns] were helping us all with making phone calls, sending letters, knocking on doors,” Sabree said. “They said no, no, no. If you want to reach people, you have to text them. Because this old-fashioned way is not working.”
Sabree calls this keeping up with the times. Many medical offices, utilities and cell phone companies already do this, Sabree pointed out. But this hasn’t been the only outreach. The County Treasurer’s Office works with faith-based leaders to help reach people.
“That’s the key,” Sabree said. “That human contact. Making contact with people and letting them understand. Because a lot of times, people have problems. Some of them are mentally ill. Some of them are very sick. Some of them don’t understand. Some people can’t read. So we’ve got all of them have issues. So if we can reach them and communicate with them, then I think we can solve the problem.”
Back in 2016, Hamtramck had around 420 homes in the process of Tax Foreclosure, according to the Wayne County Treasurer’s Office. For one city alone, the number of homes in Tax Foreclosure has been reduced by almost half.
Even if a home is in the process of Tax Foreclosure, the County still works to get people’s homes back. They can initiate payment plans, work with a different interest rate. When the home is already sold in a tax auction, they can even get their home back if they get the money for back taxes together.
“Our policy since 2014 has been if an owner-occupied property or owner loses their property, gets all the money to pay their back taxes, then we will let them redeem their property,” Sabree said. “Even if it sells in the auction.”
But once the deed is issued to the new owner, there’s nothing that can be done.
For the future, Eric Sabree sees a lot of Wayne County. He talked about its geography, its institutions and its people. But ultimately, it’s his ability to take down foreclosures that he seems most excited about.