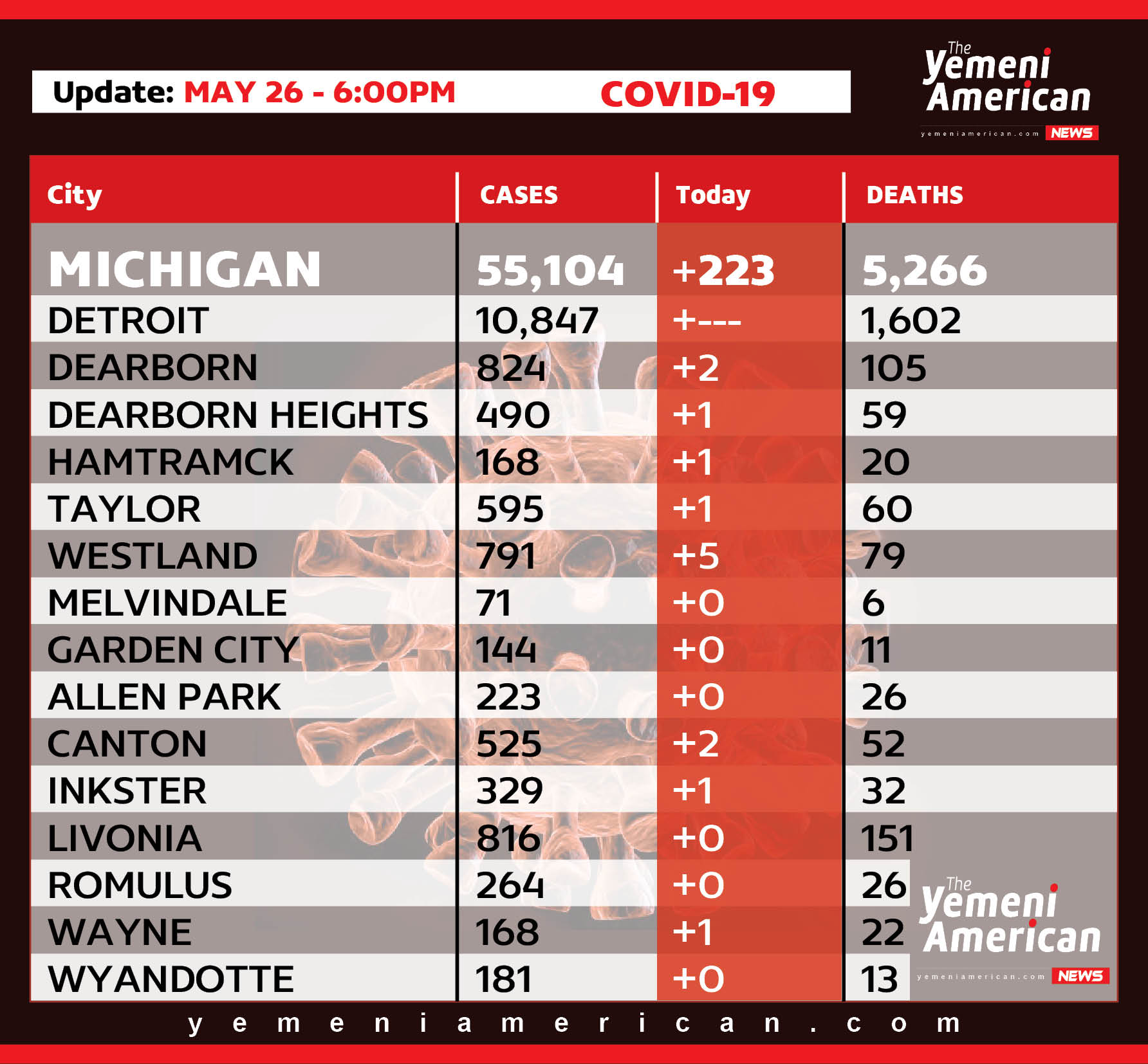 The Detroit Red Wings will not be playing again this year. As the team sat in last place, the commissioner for the National Hockey League made the decision to move directly to the playoff season once national sports are permitted again. According to the Detroit Free Press, the team’s management will instead focus on draft prospects.

According to an analysis published by CNN, Michigan is among the most improved states for new cases on a week-by-week basis. Other states that are improving are Oregon, New York, and Texas. The most troubling rises in case numbers are in Alabama, Arkansas and West Virginia.

After the husband of Michigan Gov. Gretchen Whitmer reportedly asked to dock a boat in a newly opened northern Michigan Marina, reports have circulated that he asked if being married to the Governor of Michigan would move him up on the list. In a press conference today, Gov. Whitmer said that he meant it as a joke, and maintained that he shouldn’t have said it.

Ford Motor Company, among other manufacturers, have temporarily halted their vehicle innovation programs due to concerns over social distancing. Ford Motor Company decided to release their autonomous vehicle next year, since the economic and public health uncertainty has severely affected demand for automotive innovation.